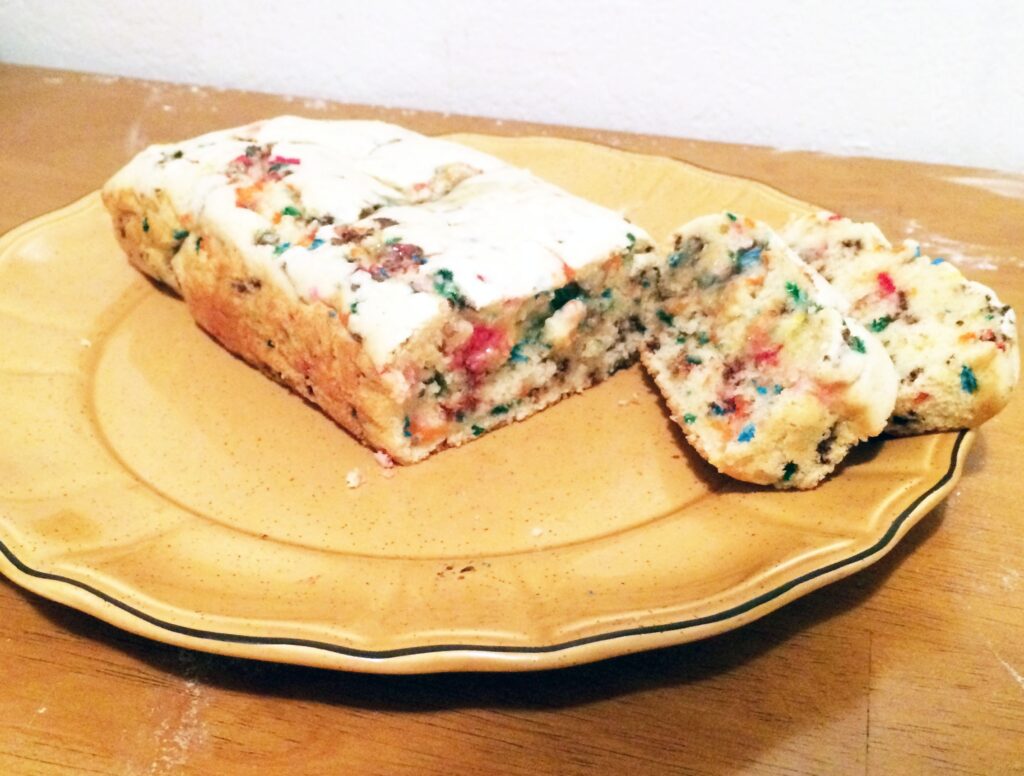 Online media groups like Tasty and BuzzFeed Food have completely taken over the social media world. Their appealing do-it-yourself recipe videos make them quite impossible to avoid. As an occasional viewer of social media, I decided to see if these online recipes actually worked. After viewing many videos from Tasty’s Facebook site, I found an extraordinary recipe that incorporated two very different foods.

The title of the video reads “Ice Cream Bread,” which integrates the main ingredients of bread with the all power of an ice cream dessert. After watching a short 30-second video, I had to put this recipe to the test.

The ingredients are simple. All you need is a pint of melted ice cream and some self-rising flour. The ice cream can be whatever flavor you choose, and the self-rising flour can be purchased at several different grocery stores in the area. Sprinkles and chocolate chips can also be added to the mix.

After fusing both ingredients together, put the combination into a nonstick loaf pan container, and spread for evenness. Preheat the oven to 350 degrees Fahrenheit and let the bread bake for 35 to 40 minutes. After allowing the bread to sit for 10 minutes, it is ready to be cut and eaten.

This bizarre combination of foods turned out to be really good. The sweetness of the ice cream worked well with the bread-like texture. The loaf also brings a sweet scent that seems to warm the kitchen with the rich aroma of ice cream. This irresistible recipe is perfect to share with friends, family and open-minded foodies.