As it enters the last week of the regular season, the No. 7 UCSB men’s volleyball team is set to host two other MPSF powerhouses in No. 6 Pepperdine tonight and No. 3 Stanford on Saturday. Intense implications await for tonight’s match versus the Waves as playoff seeding is at stake. 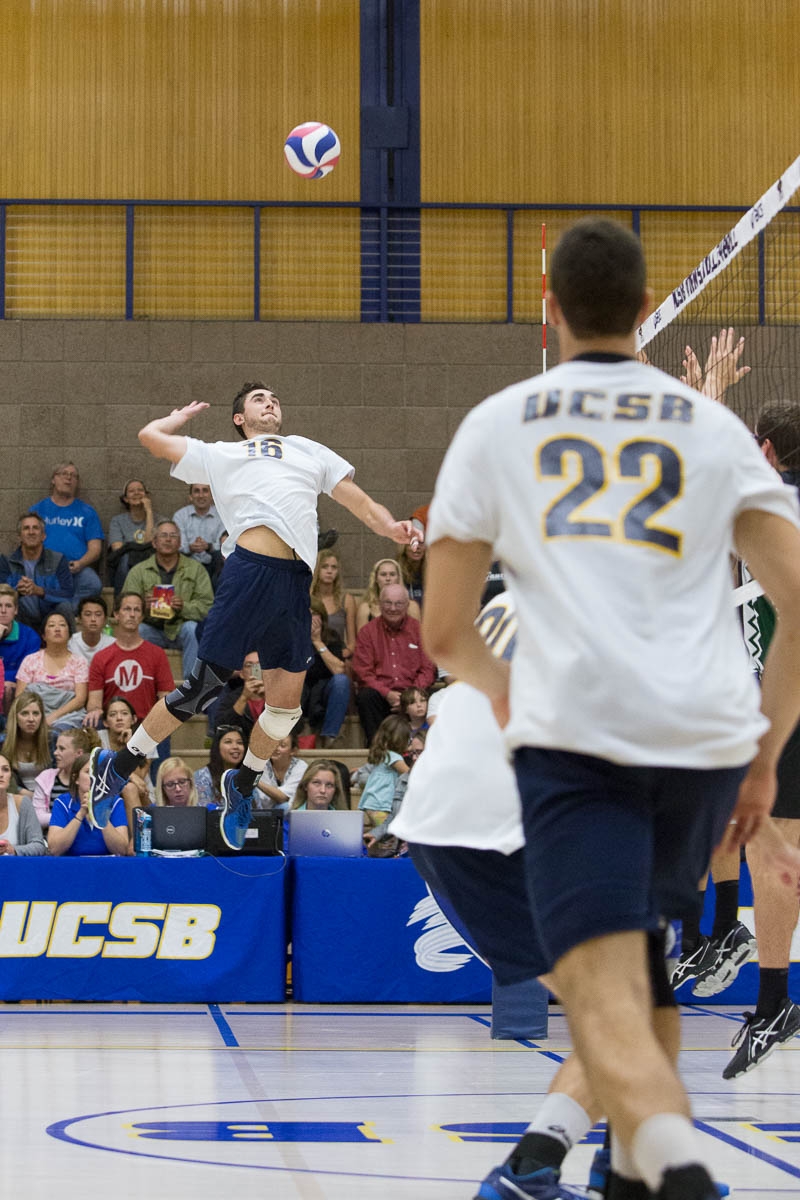 The match will decide who grabs the fifth spot as the Gauchos, with a win, would secure the seed as a result of their tiebreaker advantage following their 3-2 win at Pepperdine earlier in the year. Santa Barbara enters the meeting 17-9 overall, 12-8 in MPSF play and is riding a three-game win streak after a pair of wins against Hawaii last week.

Pepperdine also possesses a 12-8 record in the MPSF standings but has one more win than UCSB at 13-8 overall. Stanford is currently tied with BYU at the top of the league standings with a 17-3 record in conference play, 19-3 overall.

This week is the last chance for the Gauchos to prove themselves against the top teams in the conference and nation. UCSB, despite its strong record, has recorded just one win against teams with a higher standing than itself in the rankings of the AVCA DI-II Coaches Poll.

“We know that if we finish strong here with two wins against some higher ranked teams that we would show we are capable of anything,” redshirt junior opposite Matt Marsh said.

UCSB Head Coach Rick McLaughlin, who is extremely familiar with playoff runs, as the program has been a mainstay in the MPSF since his arrival, has been stressing to players the importance of closing the season on a high note.

“We have two league matches remaining before playoffs, so the match versus Pepperdine is big,” McLaughlin said. “The Waves are playing really well right now, so we look forward to the challenge.”

The Gauchos will still be without redshirt junior Jacob Delson, who was ruled out of tonight’s contest and is listed as day-to-day in preparation for the team’s upcoming meeting against Stanfor. Delson has been one of the focal points of the UCSB attack, averaging a team-high 3.29 kills per set.

The team will look towards senior outside hitter Austin Kingi and redshirt junior Matt Marsh to lead from the front without its top hitter, and both players have already put in strong performances against the Waves and the Cardinals this season.

When Santa Barbara travelled to Pepperdine, Austin Kingi hit for a season-high 17 kills in the Gauchos’ five-set win. Against Stanford, despite UCSB’s struggles, Marsh tallied seven kills along with a .400 hitting percentage, the second most efficient Gaucho on the night.

“The older guys need to lead the charge into the postseason,” Marsh added. “For some of us it’s our final season so we want to play as hard as we can.”

The players have been preparing for the toughest part of their season as the year hits its peak, and in the past three matches have shown a lot more consistency than in the middle part of the season, only dropping a single set in that span.

“I think we are getting close to where we need to be, just need to keep grinding out reps in practice,” Marsh said. “It is pretty crucial to continue the win streak and really get into a comfortable place before playoffs.”

The two matches will be the last two home games of the season for the Gauchos, and they will be hoping to start their postseason with a win or two more under their belt.

The Gauchos face Pepperdine tonight at 7pm in Rob Gym before their final regular season match against Stanford on Saturday, April 9 at the same time and location.