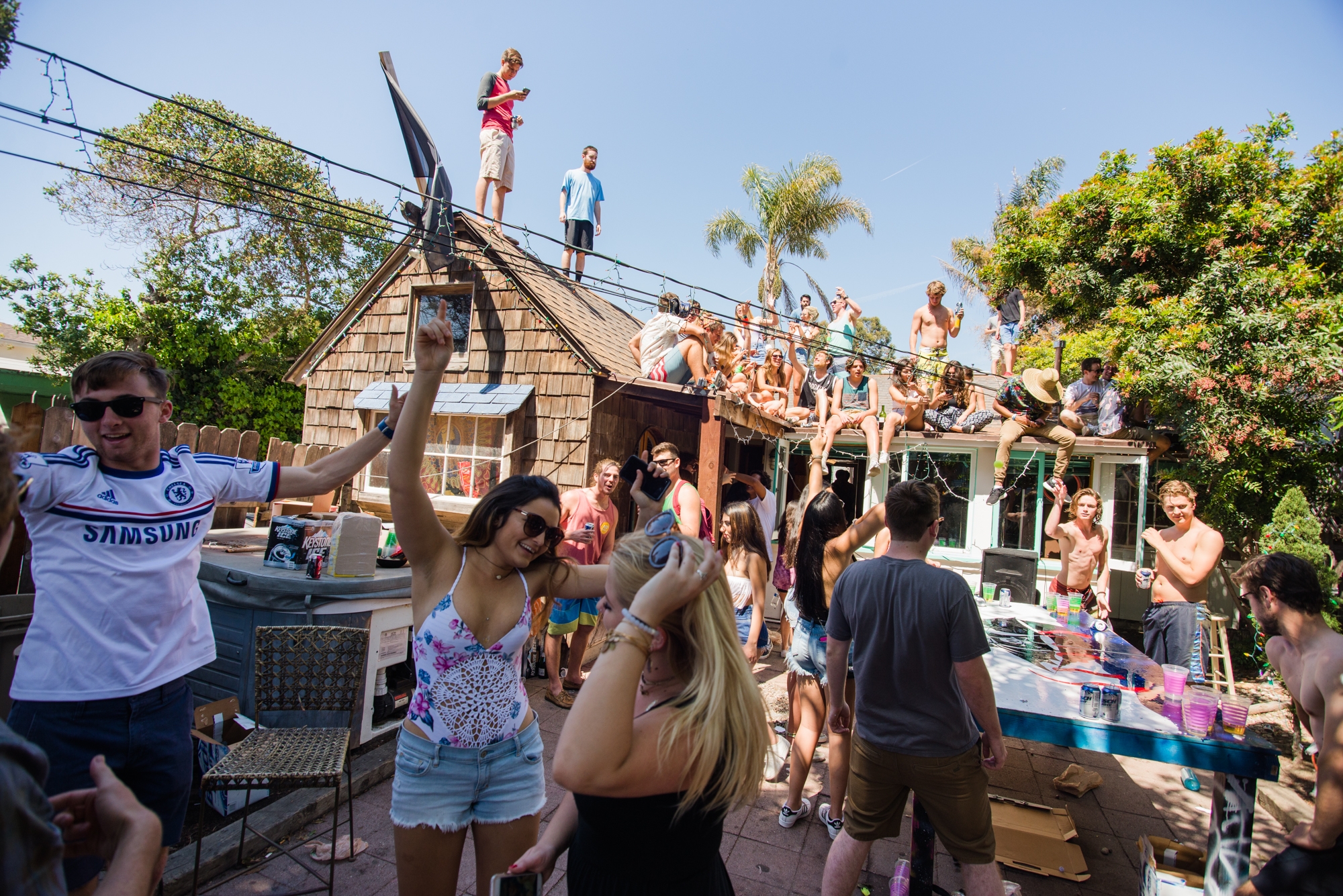 Lt. Ruben Cintron walked up and down Del Playa Drive with Lt. Plastino on Saturday, keeping Deltopia parties in check. It was the first Deltopia as a lieutenant for Cintron, a 26-year veteran of the Sheriff’s Department who will be taking over Lt. Plastino’s position at the Isla Vista Foot Patrol substation in June, and a much quieter and calmer affair than in years past.

Approximately 3,500 people attended this year, dwindling down to about 500 by sunset, compared to a peak of 25,000 in 2014. Preliminary numbers show that crowd size, arrests and citations decreased for a second straight year, and medical transports were far below the peak of 50 in 2014, according to figures from the Santa Barbara County Sheriff’s Office.

“I’ve been walking up and down Del Playa with Plastino today,” Lt. Cintron said. “He’s talking and telling me about the things that are going on, different programs that he’s been working on with our new Community Resource Deputy [James McKarrell] out here. It was good to walk around with him and get his perspective of the community.” 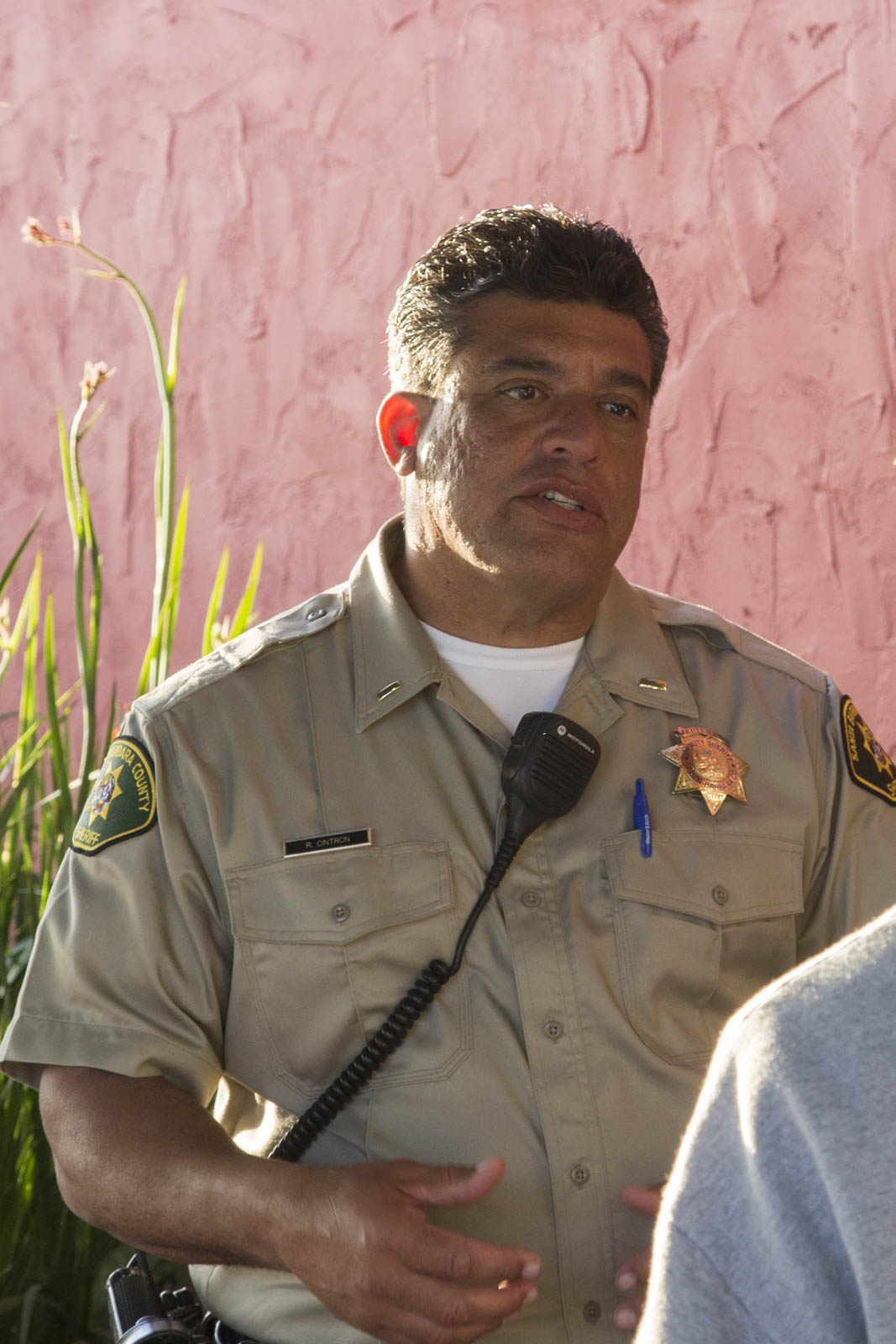 Lt. Ruben Cintron (above) will be working with current IVFP Lt. Rob Plastino before taking over the post in June. Dustin Harris / Daily Nexus

UC Isla Vista (UCIV), a group formed by the Associated Students Public Safety Commission, hosted water stations, passed out condoms and cookies and opened the Pardall Center as a place where people could relax away from parties on Del Playa Drive.

The UCIV volunteer team, mostly composed of UC Santa Barbara students, met for a briefing at the Pardall Center Saturday morning to discuss their plan for the day with IVFP Community Resource Deputy James McKarrell.

“At the end of the day, we want to make sure that you are safe,” McKarrell said to the volunteers. “So with a bystander intervention, if it’s something you can step into safely then okay—if that’s what you want to do, go ahead—but just be aware that maybe people have been drinking and they might not be as tolerant to an outsider stepping into their business.”

A.S. Senator Ashcon Minoiefar, a third-year history of public policy major, stressed the need for volunteers to inform rather than chastise party hosts.

“If you start seeing people letting loose with their door—people coming in and out of a house like it’s a huge crowd—you could go up to the person that’s running the party and let them know that that might cause them an issue,” Minoiefar said. “Give them tips.” 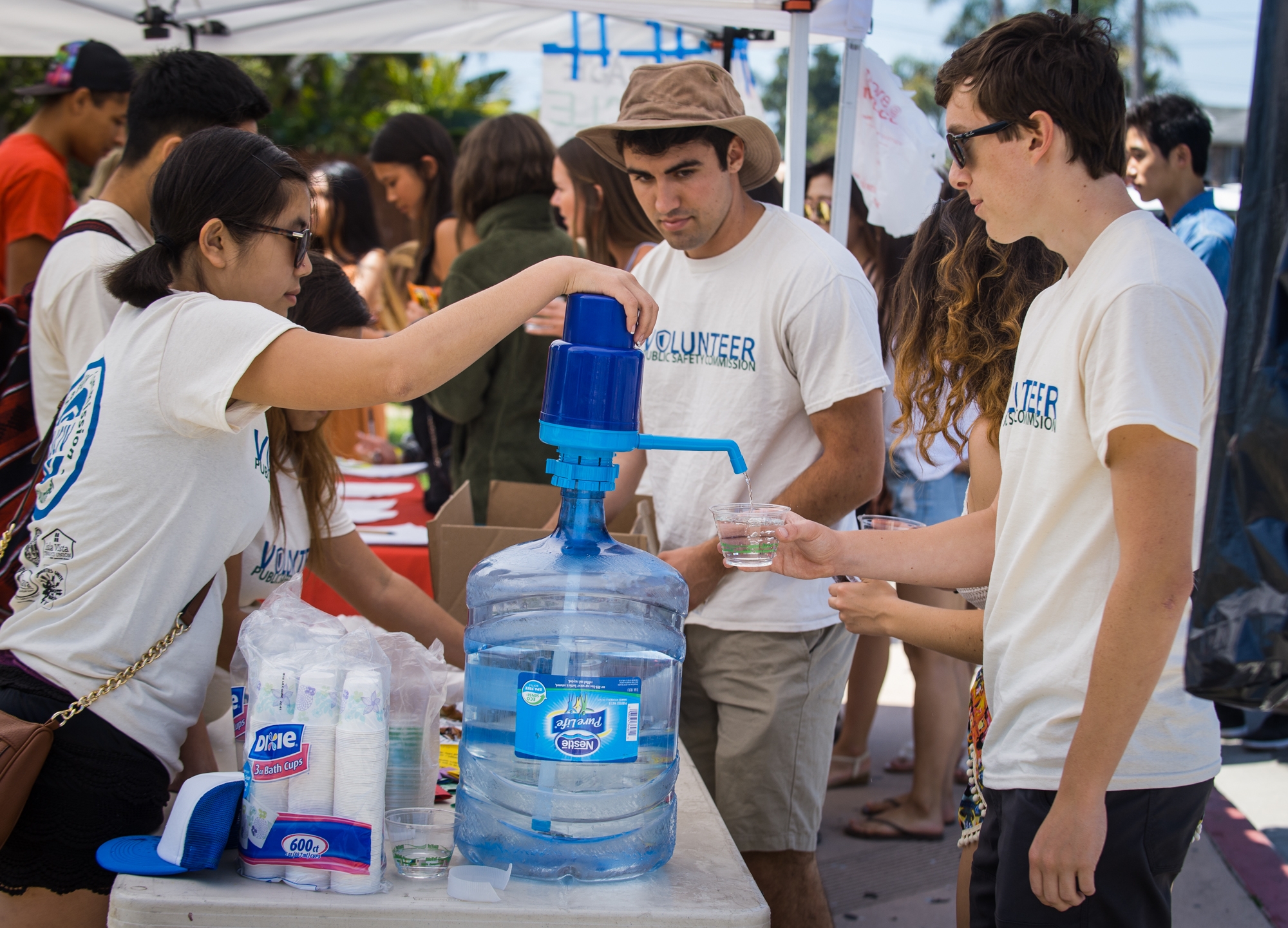 Students trickled by the water stations early in the day, and by Saturday afternoon, an increasing number of people were picking up “the perfect package” of cookies and condoms from UCIV members.

The volunteers, ordinances, reserve horses and large police presence from as far away as Santa Monica appeared to have an impact on the day of parties, which has been marred with violence in past years.

Preliminary statistics from the Sheriff’s Department showed 45 people were arrested this year, compared to 102 in 2015 and 130 in 2014.

Beginning on April 11, Lt. Cintron will be working with Lt. Plastino full time at the Foot Patrol station, and he hopes to continue the emphasis on community policing under Lt. Plastino that led to the decrease in arrests and citations.

“I’m going to be out here permanently working with Rob [Plastino] until June and learning everything that he does out here,” Lt. Cintron said. “My job is kind of to step in and pick up where he’s left off.”

[Correction: A previous version of this article stated numerous times, including in the headline, that arrests, citations and attendance decreased for a third straight year. The statistics available actually only show a decline from 2014 to 2015 and from 2015 to 2016—two years in a row.]

what about cars towed