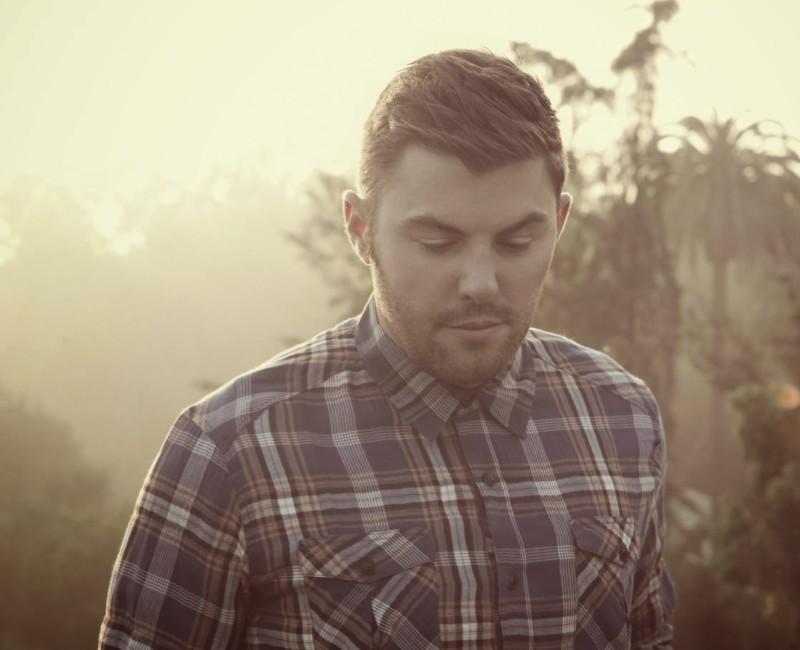 On Thursday, April 7, UCSB’s very own Hub is in for a funky night filled with good vibes as DJ, producer and songwriter Josh Legg — better known as Goldroom — will be taking the stage, along with special guest Matt DiMona. Goldroom is particularly unique from other DJs because his career began when he was part of the band NightWaves. Since then, Legg has taken on the pseudonym Goldroom and found much success by providing his fans with amazing and relaxing sounds.

The Los Angeles-based artist sticks close to his roots, as his name stems from the city itself. Legg sees LA as one big gold room, and this is what influenced him to choose the nom de plume. Legg’s first few songs, “City Girls” and “Morgan’s Bay,” were heavily influenced by LA and in a way were odes to the beautiful city. Being an artist from such a big city is difficult because one is surrounded by hundreds of other young people with big dreams. Nevertheless, Legg found his way in the music industry and has brought along some friends. After working as a solo project for some time, Legg turned Goldroom into a trio when he was joined by keyboardist/vocalist Mereki Beach and drummer Nick Sandler.

After transforming into a live three-member ensemble, Goldroom’s sound has evolved into a mixture of tropical and upbeat production accompanied by soothing and melodious vocals. Since 2013 his performances have evolved into live shows involving four members, adding in a bassist. Although his sound is categorized as dance music, Legg integrates instrumentation and vocals that lead to a much more passionate and ardent feeling than the work of typical EDM artists. His distinctive melody has paved the way for him as he has made notable appearances at some of the most prestigious music festivals and venues in the landscape; for example, he joined reputable artists such as Flume, Mac DeMarco and Toro Y Moi at last year’s FYF festival.

Goldroom is on his Pacific Coast Trip tour right now, performing in places ranging from Portland to Santa Barbara to Indio. Luckily, Josh Legg took some time from his busy schedule to answer some questions from the Nexus.

Unlike some artists that get caught up in fame and materiality, it is clear that Legg has a genuine passion for what he does. Legg digs deep into his creative process and makes sure to keep his vibe unlike that of many other DJs.

“I like to think of myself as a songwriter that happens to make dance music,” he stated when asked about the lyrics in his music.

Despite the fact that he produces his beats, Legg also holds the vocal component of his music near and dear to his heart.

“Songwriting is the core,” says Legg. “The lyrics allow me to convey a message.” It is evident that he finds the connection between him and his listeners to be a vital aspect of his creative process.

Legg sticks close to his roots and constantly finds himself going back to where he started: playing an acoustic guitar.

“I was always playing acoustic guitar and writing songs. When I was younger I was always in band.” In fact, he also says that whenever he gets writer’s block what seems to help him gain some motivation is going straight to his acoustic guitar. Nevertheless, Legg urges others to “make a challenge for yourself.”

His songwriting has definitely progressed since his first EP, and Legg shared that this is surely going to be noticeable in his upcoming debut album.

“My songwriting has gone to a new level,” claims Legg.

Not only have his songwriting abilities advanced, but he has also found himself embracing more performers in his live act. Throughout his entire career he has only had a six-piece group once, but he feels as if this helps in making his performance much more electrifying.

“Performing live is normal for people who are performing other people’s songs,” states the songwriter. “This adds a unique flavor from other artists.”

Rather than being close-minded, Legg believes that Goldroom is about trying new sounds and taking risks. “When I close my eyes, this is what I pictured Goldroom to be,” states Legg.

Fortunately, Santa Barbara will have the opportunity to experience the sensational and tropical vibes that Goldroom has to offer at The Hub on April 7. Doors will open at 8:30 p.m. and students can buy their ticket at the A.S. Ticket Office for $14 or $21 at the door.