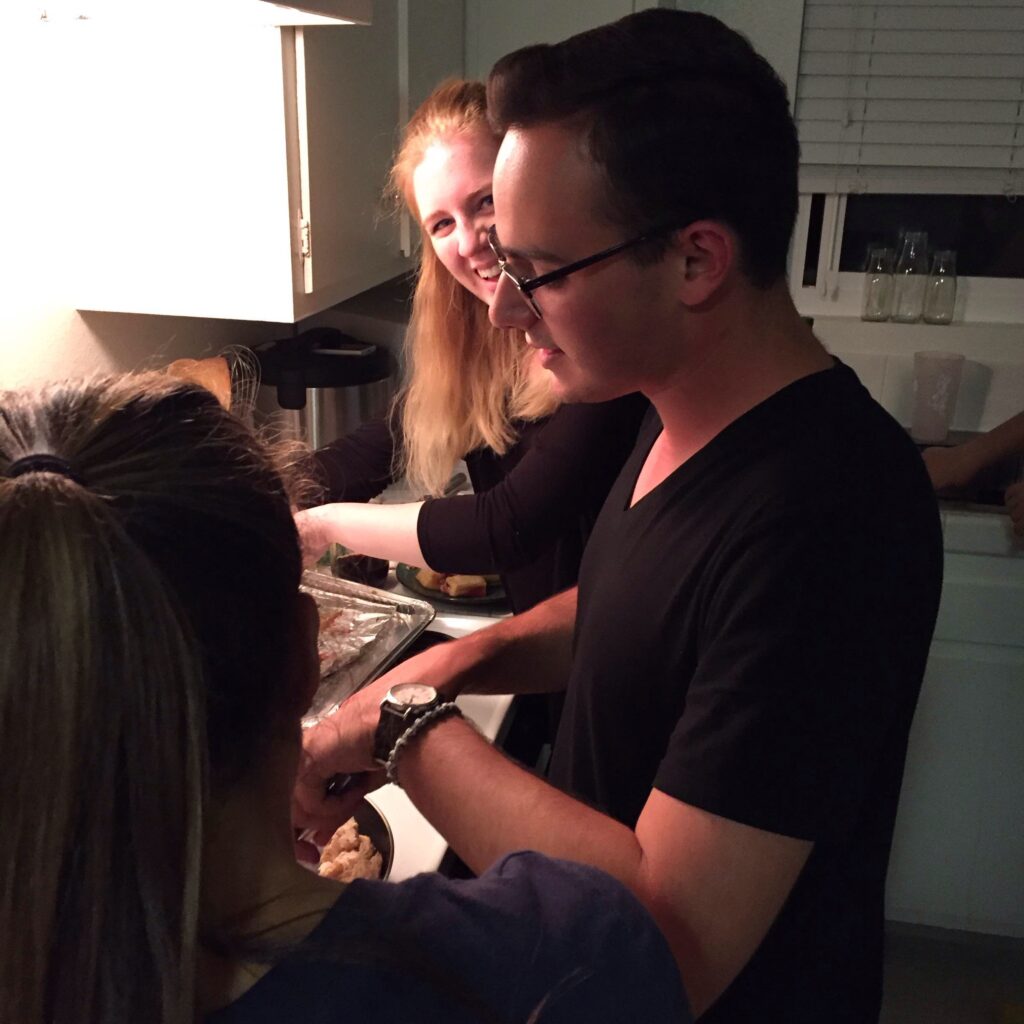 A few years ago, I stumbled upon the work of Hannah Hart. If you aren’t an avid foodie or YouTube watcher, Hannah Hart is an Internet personality who gets a little bit beyond buzzed and makes perfectly palpable puns all while cooking; think of it as a twisted Food Network of sorts. Watching just one of her videos is never enough. I got lost in them, laughing at every horrendously hilarious joke she made while disastrously piecing together a decadent meal for herself. It got to the point where I wanted to join her in her inebriated cooking, but couldn’t because I was underage. It was not until a few weeks ago when I rediscovered Hart’s page that my coming of age donned on me — I could legally combine three things that I enjoy: good wine, good food, and terrible puns.
I took the idea to a group of friends and we set a date. We all had a huge paper due earlier that week, so naturally we wanted to have a day where we could blow some steam off. Next came the more difficult part: deciding what we would make. We managed to go outside of the black hole that is the “Tasty” video feed on Facebook and found barbeque chicken rollups to be the easiest option for a too-tipsy person to be able to make. The next few days were rife with anticipation as we neared the evening that would change us forever. 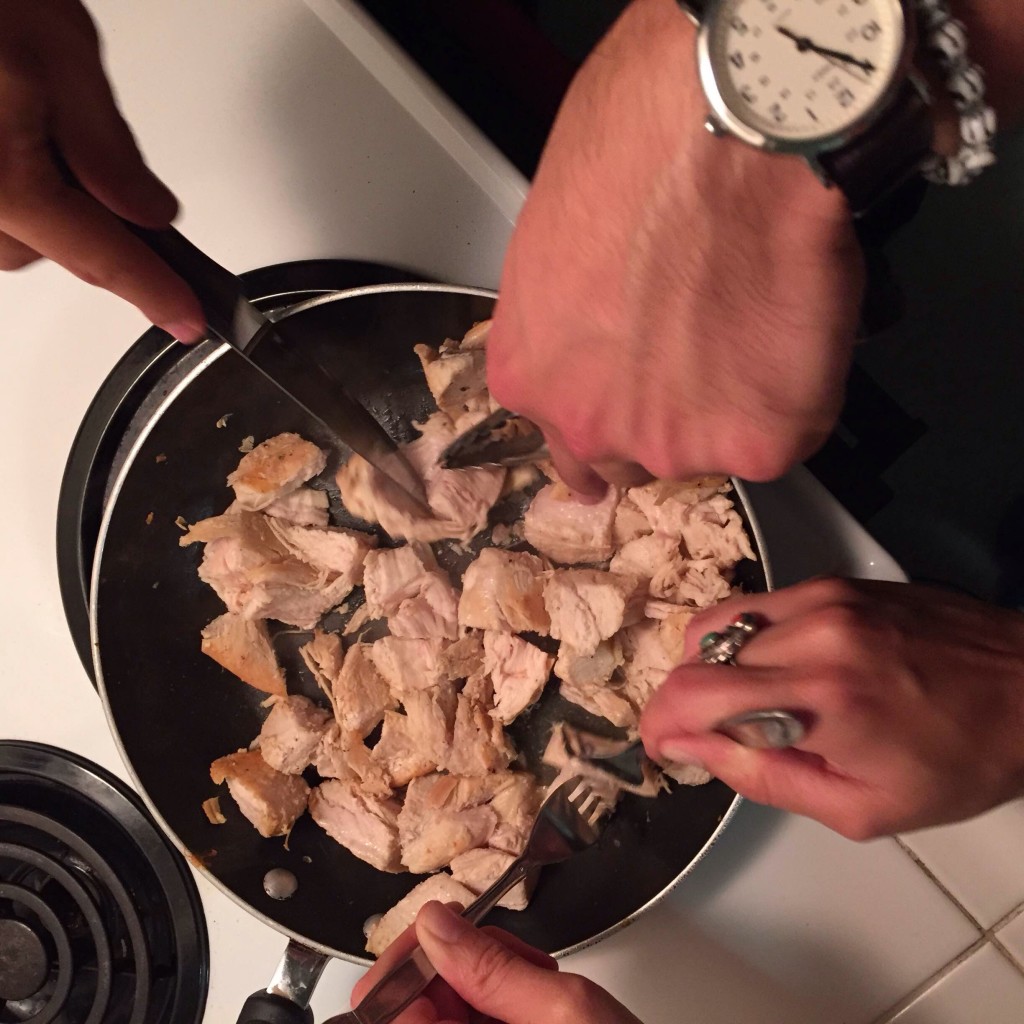 We decided we would meet at my apartment around 9:30 p.m. that night. We uncorked some cheap bottles of wine and got going. Fortunately, I had chopped some of the ingredients in advance because motor skills should not be impaired when working with a knife. Between random bouts of dancing, confessing our undying friend love to each other and spending what felt like hours trying to open different containers, it seemed like we would never get the meal done. Adding to the madness was the fact that we did not have rotisserie chicken like the recipe called for, so we had to cook chicken breast ourselves — and shred it in a not-so-classy manner. 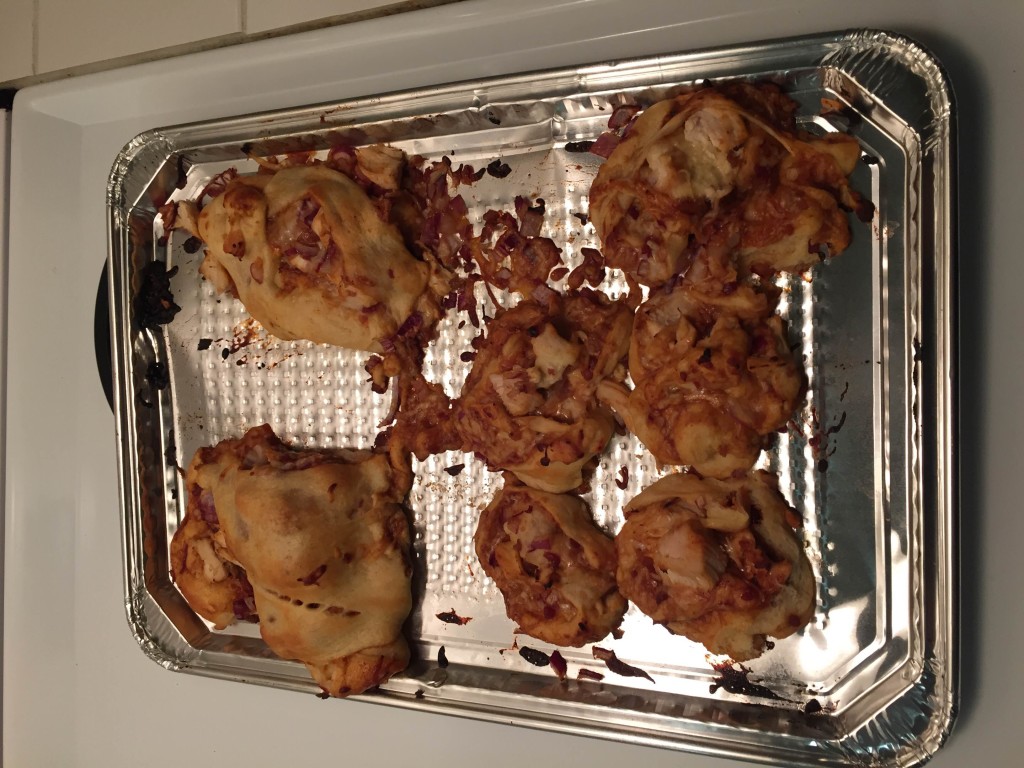 After what felt like years of shredding, it came time to collate all of the ingredients together. The recipe calls for pizza dough, but because the market did not have any, I decided croissant dough would be the route for us to take. We rolled out the croissant dough onto a cookie sheet, slathered barbeque sauce on it and sprinkled it with chicken, bacon bits and onions. I was so mesmerized by the tangy scent of our creation, I was prepared to eat it right there and then — raw. OK, so maybe it wasn’t my pure love for the food as much as it was drunken hunger, but we all make mistakes!

Next came the tricky part: rolling up the dough with the mixture inside. There is a reason that the chef who put together this recipe called for pizza dough; call it overfilling, but we could not get the dough to roll without ripping. What came to be were six poorly shaped rolls and half a loaf of barbeque-chicken-croissant disaster. We baked them at well over the temperature necessary to bake the croissants and cooked them for about 15 minutes. I am still not sure if we ate them undercooked, but what I do know is they were the most delicious thing that, up until that point, I had ever tasted. My friends devoured the rest and we retired to my living room to watch a movie and contemplate our life choices. At least Hannah Hart would be proud of us.