The Daily Nexus
On the Menu
I Now Pronounce You Popcorn and Movies
March 3, 2016 at 5:00 am by Kelli Filbin 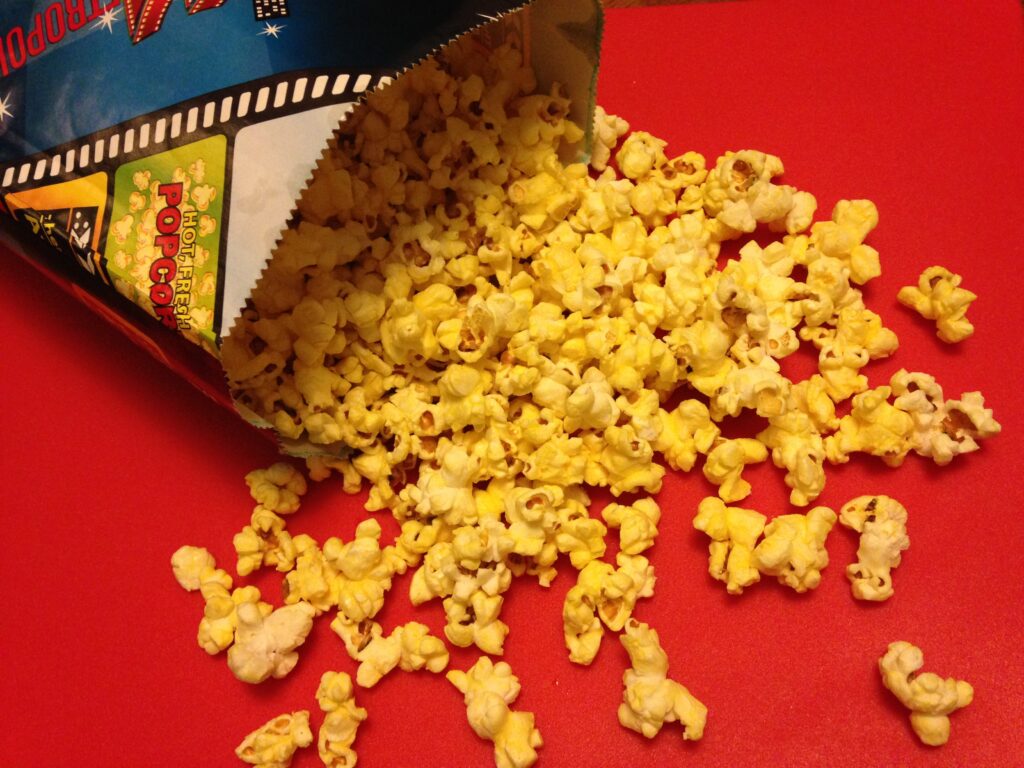 Curiosity and the question of “why” are such pertinent subjects dating back to the origins of time. Some may ask, “Why is the sky blue?”, “Why can’t I be thin AND stuff pizza down my throat?” or “Why do soft pretzels look like bug-eyed aliens?” But seriously, why can’t I burn more calories reaching into my shirt pouch for popcorn puffs than running on a treadmill staring at the back of someone’s head in the gym? Now, don’t be alarmed about the old saying “curiosity killed the cat,” because I love curiosity and I will share with you a bizarre history of food that will not put your life in jeopardy. Pinky promise!

Why popcorn at the movies?
I know it is a casual thing to buy a large bag of popcorn or even get the deal with the large soda and box of candy to pair with it, but has anyone wondered why it is such a thing? Whether you attend movies with a crush or significant other, with a group of pals or freely by yourself, I bet you all invest in a snack for the movie either in the lobby or sneaking it in your shirt or purse from 7-Eleven. Personally, I have tried the whole “don’t snack during a movie because it is mindless calories” thing but, in reality, snacks from the concession stand make the whole experience more enticing than sitting in a seat with your head cocked back thinking about what you will eat for dinner later. Crazy as it sounds, the cute little fluffs of popcorn were initially banned by movie theaters, but then ultimately became the hero and saved the theater industry from collapsing during the Great Depression in 1929.

About 8,000 years ago, popcorn arrived in North America and became wildly popular due to its alluring smell of salt and butter, as well as its puffy, adorable look. To me, it sounds like popcorn was equivalent to being bombarded with a parade of hyper, furry puppies. By 1848, it was so prevalent that it was available to purchase everywhere, especially entertainment sites like sporting events, circuses and fairs. The movie theater business, however, was the only site not intrigued by these bouncy, fun kernels.

In 1885, Charles Cretor invented the first steam-powered popcorn maker, which made the mobility aspect very important, because popcorn could be wheeled around the streets and pop at the same time (unlike potato chips, which needed a kitchen). Because there was no sound in films at the time (sound arrived in 1927), movie theaters did not want the annoying crunching sound to drive away customers, and, of course, there was the prospect of popcorn being squashed on the beautifully rich red carpets.

Then, BOOM! The Great Depression struck the western world in 1929 and inevitably pushed people into attending cheap movies for entertainment and bringing affordable five-to-ten-cent bags of popcorn along with them. Street vendors were provided lobby privileges to sell inside or outside the venue, but eventually theaters realized that their profits would rocket to the moon if they got rid of the middleman vendors and sold popcorn themselves. Indeed, they were right, and by 1945, over half of the popcorn consumed in America was eaten at the movies. Clearly, these glorious, puffy kernels saved the movie theater industry from crashing during the Depression.

With the inventions of the television and microwave, EZ Pop and Jiffy Pop both kept the popcorn industry afloat with their famous at-home popcorn making.
The marriage of popcorn and the movies had a rocky patch in the 1900s, but now they stand stronger than ever,