The Daily Nexus
Nexustentialism
It's satire, stupid.
If the Presidential Election was like ‘The Bachelor’
March 1, 2016 at 2:00 pm by Erin Lubitz

Now, I know what you’re thinking — how can you really draw far-fetched parallels between two completely different things? But if I told you a year ago that the upcoming presidential election was to star Donald Trump himself, you would have thought that I was really describing a Presidential-themed reality show. With the impending “Bachelor” finale only weeks away and today’s “Super Tuesday” (aka a mass set of many state’s presidential primary elections all on the same day), we’re left to see the overwhelming similarities between these two very dissimilar things.

She may go by the name of Lace, Olivia or Donald, but this season was not the only one to see some borderline insane girl fighting to win a man’s heart (or the presidency). Call it real life or call it bad editing, it doesn’t really matter, because this show makes you believe that this girl is crazy and you absolutely do not want your esteemed bachelor to end up with her, much less have her running your country. But hey, she makes really good TV by getting in fights with other contestants and making outrageous claims at presidential debates. 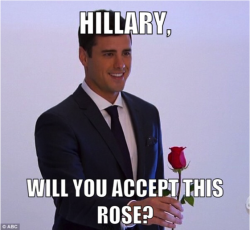 Wow, that Iowa caucus was close. Could you believe that Iowa gave the rose to Hillary over Bernie? I know Hillary fans were elated, but Bernie’s were absolutely torn up about it. It was like watching Becca get rejected all over again — come on, Ben, how could you blindside her like that? 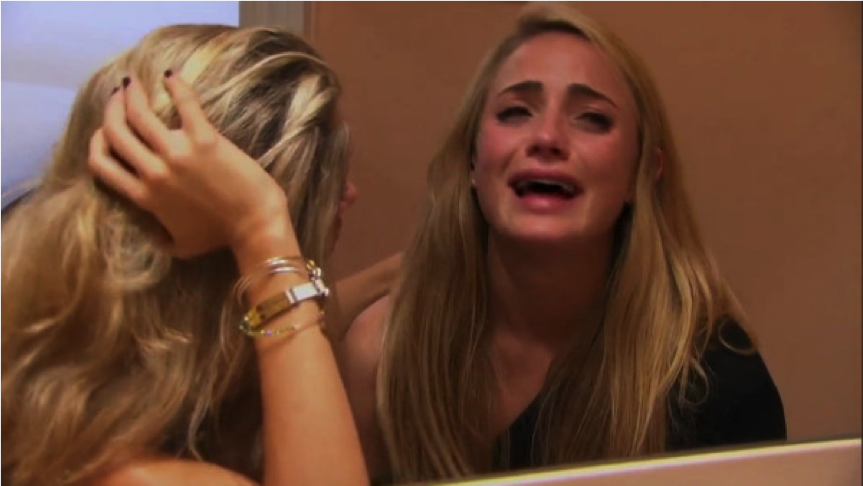 We could be watching Hurricane Leah attack and almost ruin Lauren B’s chance with Ben or the most recent Republican debate, but it’s almost guaranteed that commentary among all American’s was much more similar than you thought. Regarding both things, you find yourself saying, “ooh, that was a cheap shot,” “OH MY GOD I HATE YOU” and shockingly enough “oh wait no, yes, I like that one, (s)he’s so pretty and intelligent.” But most importantly, you question 1) why you’re watching it in the first place and 2) if everyone else is watching the same thing you’re watching. Because, surely, you can’t be the only one who feels lesser having watched it, right? 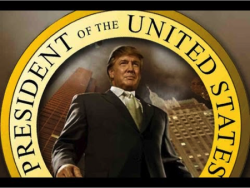 Contrary to popular belief, the outcome of these things isn’t always what we’d hoped. You spend countless hours doing research and picking the right candidate/contestant to run your country/marry your bachelor, but sometimes America and Ben do not agree. When Ben sends home your favorite girl, you feel the same pain and anguish as when your top candidate loses a really important primary. In worse cases, sometimes the crazy girl (see #1) actually makes it past the primaries, gets to the final two and wins the final rose. In America’s case, I really hope this is a pattern that stays solely on “The Bachelor.” 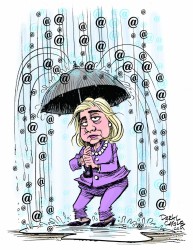 Sometimes a girl goes rogue, a Bachelor hooks up with one too many girls, a finale is leaked way ahead of time or a personal email is found with political use. In America, we love a good scandal, and sometimes we will stop at nothing to get one, no matter what the platform.

Imagine it’s mid-season, almost all of the no-names and Bachelor-in-Paradise-wannabes are gone, and girls are starting to realize that their Bachelor has a closer connection with other girls — cue meltdowns. This is the first time we begin seeing who our final two will be; roses are being handed out left and right, and if you’re a candidate without a single one, you have a hefty slope to climb. Keep your eyes out for Super Tuesday on March 1, during which roses will be given out by Bachelors Alabama, Arkansas, Colorado, Democrats Abroad, Georgia, Massachusetts, Minnesota, Oklahoma, Tennessee, Texas, Vermont and Virginia. On Super Tuesday, Bachelors Alaska and Wyoming will only be giving out a rose to Republican candidates, and Bachelors American Samoa and Democrats Abroad only to Democratic candidates.

Tune in to your future, America! Will YOU accept this rose?

Trump may be a carnival barker, but he’s looking more and more like a president! Along with most media pundits in the Northeast, I found it improbable if not impossible that Trump could survive his klutz-o-rama cascade of foot-in-mouth flubs, from carelessly categorizing Mexican immigrants as rapists (okay, its true but still) to hallucinating about “thousands’ of Muslims cheering the fall of the twin towers from the mean streets of New Jersey. Surely he would soon implode and pouf into fairy dust! But only a few weeks later, I suddenly realized that Trump’s candidacy had a broad support that few… Read more »