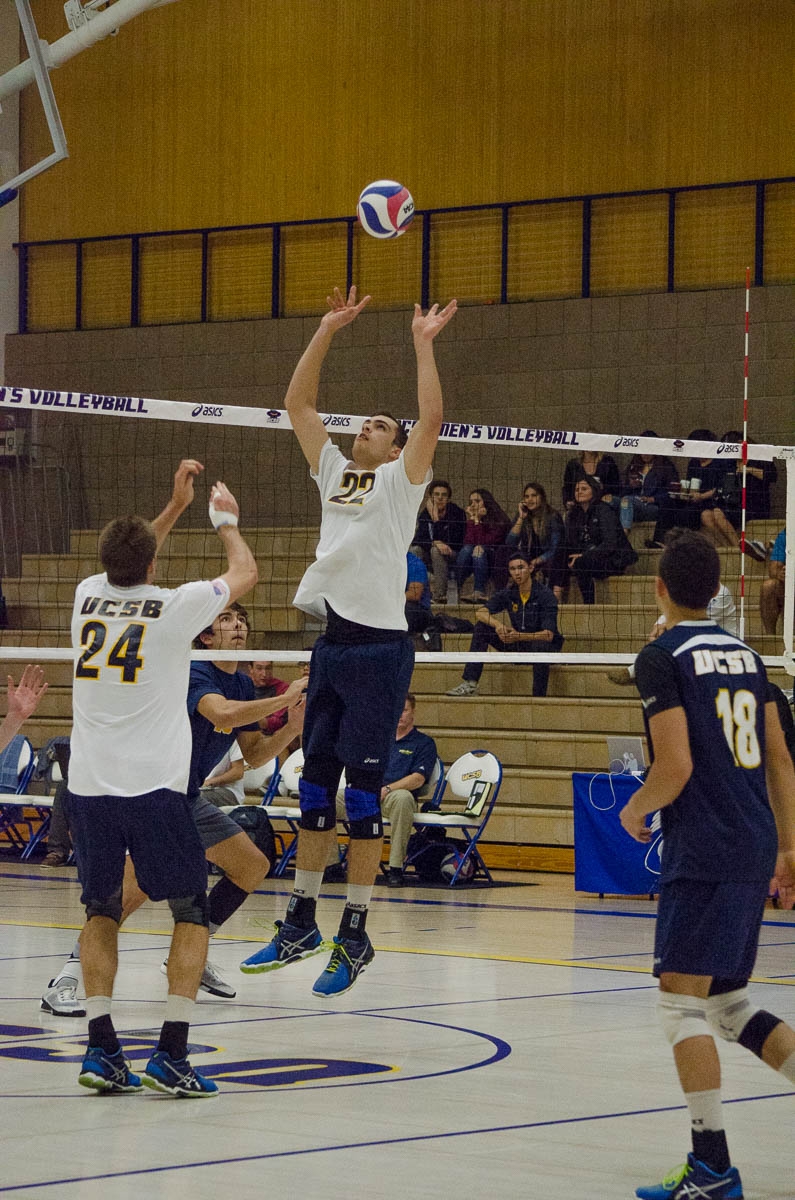 The no. 8 UCSB men’s volleyball team, a week after splitting two matches against top 10 teams, will have a slightly easier task this week when it hosts no. 15 Cal Baptist and unranked USC.

The Gauchos defeated no. 10 Pepperdine in five sets last Wednesday before falling in three to no. 3 Stanford, ending a three game win streak, and they are looking to return to their winning ways against a pair of teams they have already defeated this season.

“We put forth a lot of effort this week in practice so we feel really prepared for USC, but we have to play well this week if we are going to come out on top,” redshirt senior middle blocker Ryan Hardy said.

Hardy and co. will also be happy to return to Santa Barbara for a week after a pair of tough road games. The Gauchos have enjoyed consistent success all year in Rob Gym, with a 6-1 record at home, their only loss coming in the five-set thriller against Long Beach State.

UCSB will hope that redshirt junior opposite Matt Marsh performs at the same level as he did the last time his team met with the Lancers and the Trojans, as he recorded 17 and 19 kills against each, respectively.

Against Stanford, Marsh, along with the rest of the gauchos, struggled on both offense and defense. Santa Barbara only hit .157, while allowing the Cardinal a .526 hitting percentage, the highest it has allowed all year.

“As far as Stanford goes it was just one of those nights where we couldn’t get much going,” senior setter Jonah Seif said. “They deserve a lot of credit for putting us in bad situations but we don’t see that match as one that is characteristic of who we are.”

If the numbers are any indicator of how this week’s set of matches will go, the Gauchos’ past encounters with USC and CBU point in their favor. UCSB dominated the stat sheet against the two teams in January registering more kills, digs, and assists than their opponents in both matches.

With their win over Pepperdine the Gauchos climbed past the Waves in the AVCA Division I-II Coaches poll, checking in at number eight in this week’s edition of the national rankings, its first time ranked higher than the ten spot in just over a month. The players, though, are worried about what’s next on their plate, not where they sit in the polls.

“We don’t look into national rankings too much, but it’s nice to see some coaches giving us recognition for some of our wins,” Seif said.

So far this season, UCSB has struggled against the top teams in the conference, and are 0-4 against the BYU, Long Beach, and Stanford, the top three teams in the MPSF standings. The Gauchos have, however, made quick work of the league’s weaker teams, with a near-perfect 7-1 record against sides below them, but the squad isn’t looking past the rest of the pack.

“We know that both CBU and USC are playing much better than they were the first time around and we’re preparing as though it’s a brand new scenario,” Seif said.

UCSB will face off against USC on Wednesday at 7pm at Rob Gym, and again with Cal Baptist on Friday, same time and place.