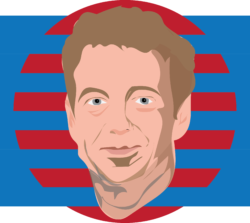 Presidential primary elections began recently in Iowa and New Hampshire with surprises in the results from both parties. Within the Democratic party, it is unclear at who will take the nomination this summer with Clinton having barely scraped together a few more delegates than Sanders in Iowa, but with Sanders blowing Clinton out of the water in NH. The Republican party has also seen some interesting results with Cruz taking Iowa and Trump winning in NH. As the presidential candidates continue to fight for the nomination in South Carolina, a few former candidates have been left behind: namely Rand Paul.

Paul’s decision to suspend his campaign stems from: 1. Abysmally low polling numbers and only 4.5% of total votes in the Iowa caucuses and 2. He faces a significant challenge to his Senate position in his state of Kentucky. In order to maintain any position of office in the federal government, he had to return and campaign in his home state and thus abandon his bid for the Republican presidential nomination.

Looking as this suspension as an independent with no party loyalty, I am sincerely disappointed that Paul will no longer be in the race and worried for the Republican party in general. I find it baffling that Republicans think that their current frontrunners would actually win in purple states and garner the votes of non­party loyalists. Recent results from the primaries indicate that we will likely see either Cruz or Trump with the nomination, with a slight chance of Marco Rubio making it into the General Election come this Fall. On one hand we have Trump, a clear cut racist who’s proposed domestic policies regarding muslims are reminiscent of Adolf Hitler and immigration policies that are better suited for China circa 200 CE.

And on the other hand we have Ted Cruz, who’s polling numbers have been on a gradual rise since early November, replacing Ben Carson in early December. Cruz has recently gained support from the religious right through his pro-­life policies regarding abortion and firm opposition to the separation of church and state. This position regarding the separation of church and state is at odds with his plan to win the election, the first part of the plan being

“Defend the Constitution­­ality of it.”

In regards to economic, domestic, and foreign policy, it is difficult to find considerable variations in policy between the presidential candidates; except for Rand Paul. Paul is strongly opposed to the aggressive stance on foreign policy that the other candidates have called for. He is really the only fiscal conservative that has been on the debate stage in the presidential race thus far, opposing the increased military budget needed to be involved in every conflict that arises in the Middle East. A libertarian at his core, he vehemently opposes the mass data collection of American records and increased surveillance, a practice which is frequently at odds with the fourth amendment. As he has stated numerous times, Rand Paul is a different kind of republican, one that should not be associated with the current frontrunners of the GOP.

It seems to defy reason that Republican voters have not pushed for Paul’s nomination, being that he seems to be the only viable republican candidate in a general election. This may have been caused in part by the very frontrunners that are currently running the party into the ground. The policies I have identified earlier in the article are the public’s perception of the Republican party.

The outrageous sound bites that come from candidates like Trump and Cruz reinforce this perception. These clips of inflammatory rhetoric aimed at increasing polling numbers immediately turn off many conservatives and moderates to the GOP. These potential voters dismiss the party (as they should), based on the perception that a​ll r​epublicans are like Trump and Cruz and so on. Any potential voters who don’t constantly keep up with politics would still be able to tell you that Trump is leading the polls for the GOP, but very few would have even heard of Rand Paul much less know his positions on any number of issues. This turning away of sensible conservative and moderate voters from even considering a Republican candidate for president is a main factor in Paul’s low poll numbers.

Rand Paul truly was the last hope for the Republican Party in the general election, especially if Hillary Clinton wins the Democratic nomination. He is almost a relic of an older time, from when the vast majority of Republicans didn’t maintain nonsensical positions on a number of issues and could elect competent presidents. With primary election results already indicating that either Trump or Cruz will come away with the nomination, it’s very doubtful that we will see a deviation from this trend. This will come as very sad news to moderates looking for both a fiscal conservative and socially liberal presidential candidate as both parties do not offer these political ideologies in the ways of a presidential candidate. As a college student, it seems my reasonable options in terms of supporting a candidate really has been whittled down to just a single politician in the form of Bernie Sanders. But I would have loved to have more than one choice.

Speaking as a Rand Paul supporter, this is an uninformed puff piece. This author should sue his college for reimbursement of tuition because they clearly failed to properly educate. The “reminiscent of Hitler” crap is designed to influence those that never leave the kiddie pool of history or politics, while also being a tad hypocritical when a leftist uses it. Hitler did things like stir up the youth and appeal to their sense of injustice and anger. Sound familiar? As for the China comment, I’m sure the lack of context was intentional. Sure, ancient barbaric times. We don’t want to… Read more »

Hello John! I do think that my comparison of Trump to Hitler was justified in that both singled out a minority group within their countries and attempted to place the blame of some of the state’s problems on these groups, and that the solution to problems ’caused’ by them was to remove them from the society completely. Trump has also suggested a program that would require Muslims to carry a form of specific form of identification (http://www.nytimes.com/2015/11/21/us/politics/donald-trump-sets-off-a-furor-with-call-to-register-muslims-in-the-us.html) that I think he should credit Hitler for. As for my China comment, that state built the wall to keep out a hostile… Read more »

So many wasted words.

You support Bernie. Just say so. Don’t dress it up in blatant concern trolling. You support subjecting the US to an ideology that has failed in every instance that it’s been tried, under every format that it’s been tried–often with much civilian death and wanton destruction when it inevitably fails. Just own up to and accept your desires.

You like Rand aND you can vote for Bernie?