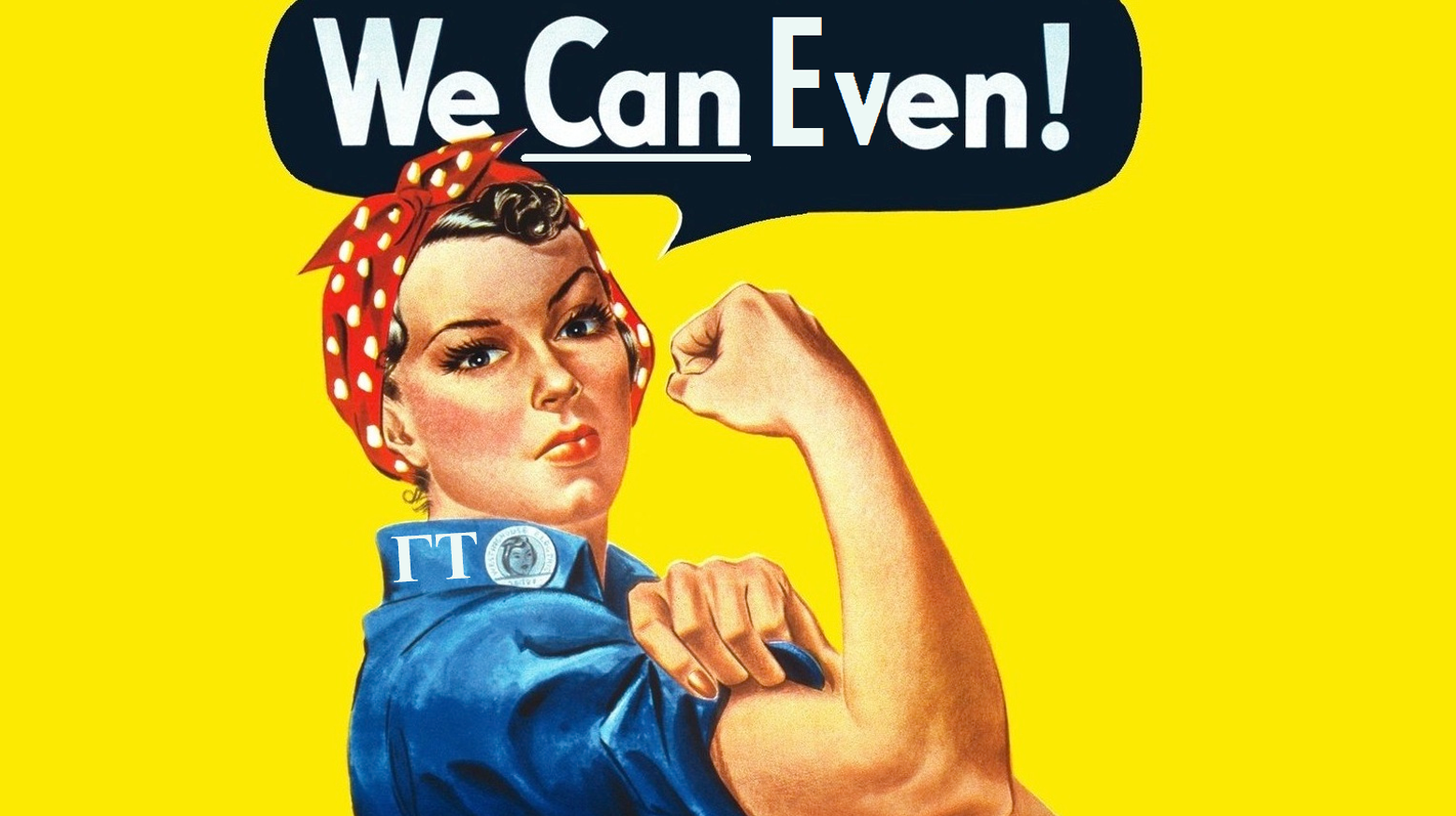 With the current treacherous winter and dismal display of low frat party turnout, it’s no wonder that Greek life as a whole is suffering. Aside from the growing trend of sorority and fraternity long-sleeved shirts, all other aspects of the Greek community seem bleak and unable to re-gather until winter passes and spring quarter convenes. With these current conditions, bros everywhere seem resigned to putting away their Sperry’s and unbuttoned Hawaiian shirts, choosing to instead focus on nailing their Poli Sci midterms. The number of sorority girls reported as unable to “even” this quarter has reached an all-time university high, and as midterms continue to build up, specialists truly believed this winter to go down as one of the worst in Santa Barbara history.

However, this past Friday in a Comm 66 lecture, Professor Knutson initiated discussion regarding the low “evenness” within Greek life. The professor began by stating that communication in on-campus organizations, namely Greek life, is generally higher due to its prominent social scene. However, because of the lack of parties, communication among sorority girls has been extremely low. She cited the lack of sorority girls raising their hands during lecture as a specific example of sorority girls that couldn’t “even.”

This was the fateful moment Jorgensen proudly raised her hand, fully decked out in her sorority’s letters. As discussion within lecture broke out, Chelsea Jorgensen, second-year student and member of Gamma Tau sorority, made waves by announcing to her class, “I can even.”

Fellow Greek member and frat star McCarthy Jones exclusively expressed his astonishment. “To stand up like that, and not not even — wow, it was so brave,” he said. “Not many sorority girls can say that they’ve done that — that they can even.” He then found a flock of fraternity brothers on their way to the gym to “get swole” and decided to go with them since “every season is shirts-off season.”

On the other hand, mathematics and philosophy double major Robert Lee expressed his deepest concern for the situation. “What does she mean she ‘can even?’ How can one ‘even’ and others not be able to ‘even?’ What exactly does it mean to ‘even?’ Is this term being used mathematically or is there some deeper explanation and connection to ‘even’ and ‘evenness’ as an idea?”

Jorgensen herself has yet to weigh in on the matter, but has been seen around campus and Isla Vista interacting with others, despite the lack of social scene. She continues to inspire both sorority and non-Greek affiliated collegiate women, showing them that no matter how hard Winter Quarter becomes, she will not be affected by subpar weather or a full course load, and will continue to “even.”

garbage article definitely longer to read it than to write it. The nexus would be better off printing nothing than this

It’s supposed to be ridiculous.

I’m sure the goal was to try to insult Greek Life, but this really was just a pointless article that casts the writer in a negative light. Is a group of “frat bros” going to the gym supposed to be a negative thing as depicted in this article? And, as I’m sure you know, the whole “can’t even” slogan was centered around the stereotypical “white girl” as an insult, so I’m not sure what means that gives you to transform it around a sorority girl. I’m sure the majority of the young females who attend this school and aren’t in… Read more »

I’m not in Greek life and I didn’t even find this funny. Nexus is turning into crap