The Daily Nexus
Sign of the Times
The Problem With Selective Politics
February 11, 2016 at 5:00 am by Hayden Plunkett 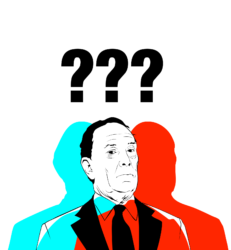 A couple days ago, it was reported that Michael Bloomberg, the billionaire and former mayor of New York City, is considering an independent bid for president. While many candidates have tried (and failed) to run as an independent, the possibility of a successful independent candidate seems likelier than ever. On one side, there is Trump, an extreme far-right candidate calling for a ban on Muslim travel and the construction of a wall across the U.S. border. On the other, there is Bernie Sanders, an extreme far-left candidate and admitted socialist calling for higher taxes and the punishment of large Wall Street financial institutions. If Bernie wins over Hillary, a promising independent bid may be possible. There will likely be many voters unwilling to choose between the extreme right and the extreme left. These voters will undoubtedly prefer a more politically central independent candidate.

A few months ago, I wrote an article entitled “The Power of Polarization.” In it, I argued that the biggest problem facing America today is not what you would expect it to be. It’s not gun laws, immigration laws or climate change. It’s polarization. It’s the fact that our nation is divided and is being pulled apart by a society that says we only have two choices: Republican or Democrat. Naturally, one would assume that I would be ecstatic at the potential of a viable independent candidate. After all, if we add one more party into the mix, we will at least have some middle ground to choose from. We won’t be forced to choose between a far-right and a far-left candidate. I agree with this logic. In fact, I would prefer there to be a feasible independent candidate, no matter what the circumstances. Even if the candidate has absolutely no chance at winning, at least people will begin to see that there are more than two political flavors. Unfortunately, there is a deeper problem at hand here — one that we have to address just as much as we have to address polarization.

That problem is selective politics.

Michael Bloomberg became mayor of New York in 2001, running as a Republican candidate. However, before he was a Republican candidate, he was a Democrat. He switched parties not because his beliefs changed, but because he was more likely to win as a Republican. And now he is doing it again. He has registered as an independent candidate, not because he believes in independent ideology but because that is what is strategic. There is a stereotype out there that all politicians are liars, but when you see a candidate switch parties just in time for a political race, then not only are they lying, they’re not even trying to hide the fact that they are lying.

Bloomberg isn’t the only one guilty of this. The two major candidates this year — Hillary Clinton and Donald Trump — are just as politically selective, if not more. For example, before 1968 Hillary Clinton was a Republican. While this was a long time ago and she very well could have had a political change of heart, Clinton has flip-flopped on several key issues, changing her opinions at the most opportune times. Clinton supported her husband’s Defense of Marriage Act for years, but when support for gay marriage began to grow stronger, she came out in support of it. She supported the Trans-Pacific Partnership as secretary of state but is now against it as opposition to the deal has grown. She supported the Keystone XL Pipeline in 2010, and as criticism for the pipeline has cultivated, has changed her mind on the issue. As for Donald Trump, he was a registered Democrat from 2001 to 2008. He was once pro-choice and supported policies such as a heavy tax on wealth and government sponsored health-marts similar to Obamacare. He advocated for beliefs that he would demonize in a political debate today. He might seem like a stubborn, unapologetic candidate, but his constantly changing stances on major issues seem to suggest otherwise.

You might be asking yourself, why does any of this matter? Well, it matters because your vote matters. While a vote is, in part, a vote for an individual and how qualified that individual is to be president, it is also a vote for the ideologies of that individual. Ideologies determine the candidate’s policies, and policies define a presidency. Clinton, Trump and Bloomberg have flopped before, and they can do it again, president or not president. This is where the problem arises. This is why selective politics is so dangerous.

If you don’t know what a candidate truly believes in, do you really know who you’re voting for?

Hayden Plunkett hopes the only flip-floppers you are okay with are the ones on your feet when it’s nice out.