The Daily Nexus
On the Menu
How to Fail at Being Vegan in Two Days
January 7, 2016 at 5:00 am by Taylor Nguyen 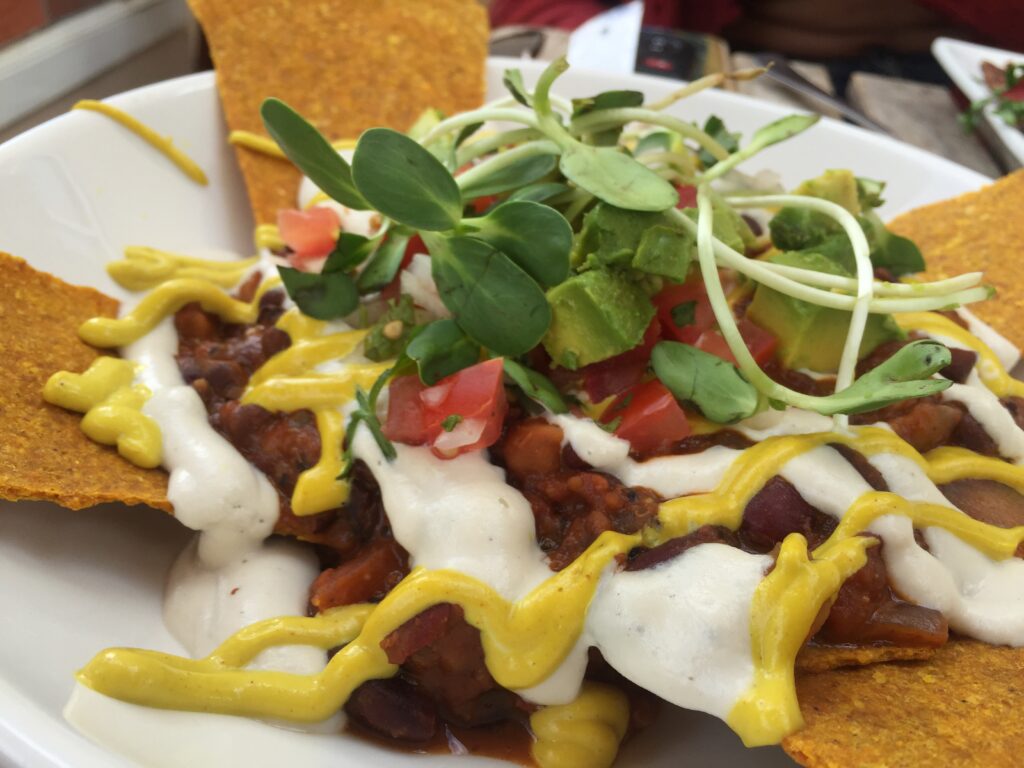 I consume all sorts of leaves and roots and various shades of green; it is safe to say that I love vegetables. With my love for all things green in mind, I assumed that doing a two-week vegan challenge would be an egg- and milk-free piece of cake. I wanted to try veganism. I took a trip to the holy land, Trader Joe’s, to stock up on all kinds of vegan goodies, and an hour and $40 later, I left with more tofu and soy products than I even knew existed. As I unloaded my vegan findings into the fridge back home, I noticed my half-empty carton of eggs, container of feta and Greek yogurt glaring at me in the corner. I promised them that my affection was still true. I told them that I just needed a break. It was me, not them. Nonetheless, it was a very tough separation.
The first day went smoothly as I excitedly prepared new dishes packed with veggies and foreign Tofurky products. Though I was initially skeptical, I was pleasantly surprised with how tasty each dish was. In my early naïve state, I truly believed that I was going to slay this challenge. Day two went just about the same with ease and fairly satisfied taste buds.
By the third day, things started to look a little different for my taste buds. I had attended a Father John Misty concert in Hollywood that fateful night. As it turns out, dancing with a bunch of bearded, quirky hipsters really works up an appetite. On the way back to the car, I passed a small store. In the midst of souvenir shops and tourists, the building emerged like a sort of oasis in my hungry eyes. Here I was, a new and bright-eyed vegan, caught in front of a gelato store. My head knew better than to step foot into this heavenly European archetype of dessert glory, but my heart desired otherwise. As I found out, I lack any sort of self-control in food-related situations; the Italians defeated me with their delicious dessert.
I explained my situation to the gelato boy to which I received a scoff and nod over to the sorbet selection. I tried to find some sort of enthusiasm, but could not convey desire for the pineapple or orange sorbet. My eyes wandered to the labels boasting “chocolate hazelnut,” “dulce de leche” and “pistachio.” In a moment of weakness, I tried the stracciatella, a type of gelato with chocolate shavings mixed in. My mouth closed over the rich and decadent little spoon of creamy gelato as the doors closed on my vegan venture. I remembered the sounds of a distant crowd cheering over the glorious reunion between milk and me. Trumpets sounded in the background and confetti poured from the ceiling. The boy behind the counter gave me a high five and suddenly I was paraded through the streets of Hollywood. It was a joyous occasion that could have only existed in my dairy-deprived head. I realized that the vegan challenge was not worth sacrificing my relationship with food.
This is not by any means an attack on vegetarians or vegans. If anything, this is my personal ode to the many animal products that I love. My life would simply not be complete without fluffy omelets, delicious ice cream or sharp cheddar. While I have successfully reconciled the relationships with the fridge items I briefly abandoned, I am still trying to find a loving home for all those darn soy sausages.

Just try again–and perhaps try a bit harder, with a few more resources. Don’t give up so easily. I’ve been vegan for around 23 years and I feel great and enjoy tasty vegan food. Best decision ever. Why don’t you order or download PETA’s free vegan starter kit at http://www.PETA.org? It has lots of tips, recipes,product suggestions, info on veg-friendly restaurants, and more. When I went vegan, it wasn’t nearly as easy or mainstream as it as now, but I made an effort and had no problem. I’m sure you can do it.

Vegan in two days? It took me 3 months to become vegetarian. The desires are too strong and it takes time to adjust. You can’t possibly eliminate your desire for meat and dairy in 2 days. This is why we give up so easily!

Hahahaha this is hilarious XD but it’s understandable why you cracked, it’s better to go about vegetarianism or veganism gradually

…..How is this news? How is this even published as a real article. What is the point of this.