The Daily Nexus
Sports
UCSB Takes a Trip to the Bayou State to Face LSU and La.-Lafayette
December 12, 2015 at 8:11 pm by Sean White

The UCSB women’s basketball team will be back in action for its first game since last Friday with its road trip to Louisiana this week. Santa Barbara will face LSU this Sunday and Louisiana-Lafayette next Tuesday. Sunday’s contest will be the start of a three-game road trip for UCSB, a series of games that will be the last of the Gauchos’ away non-conference matchups. 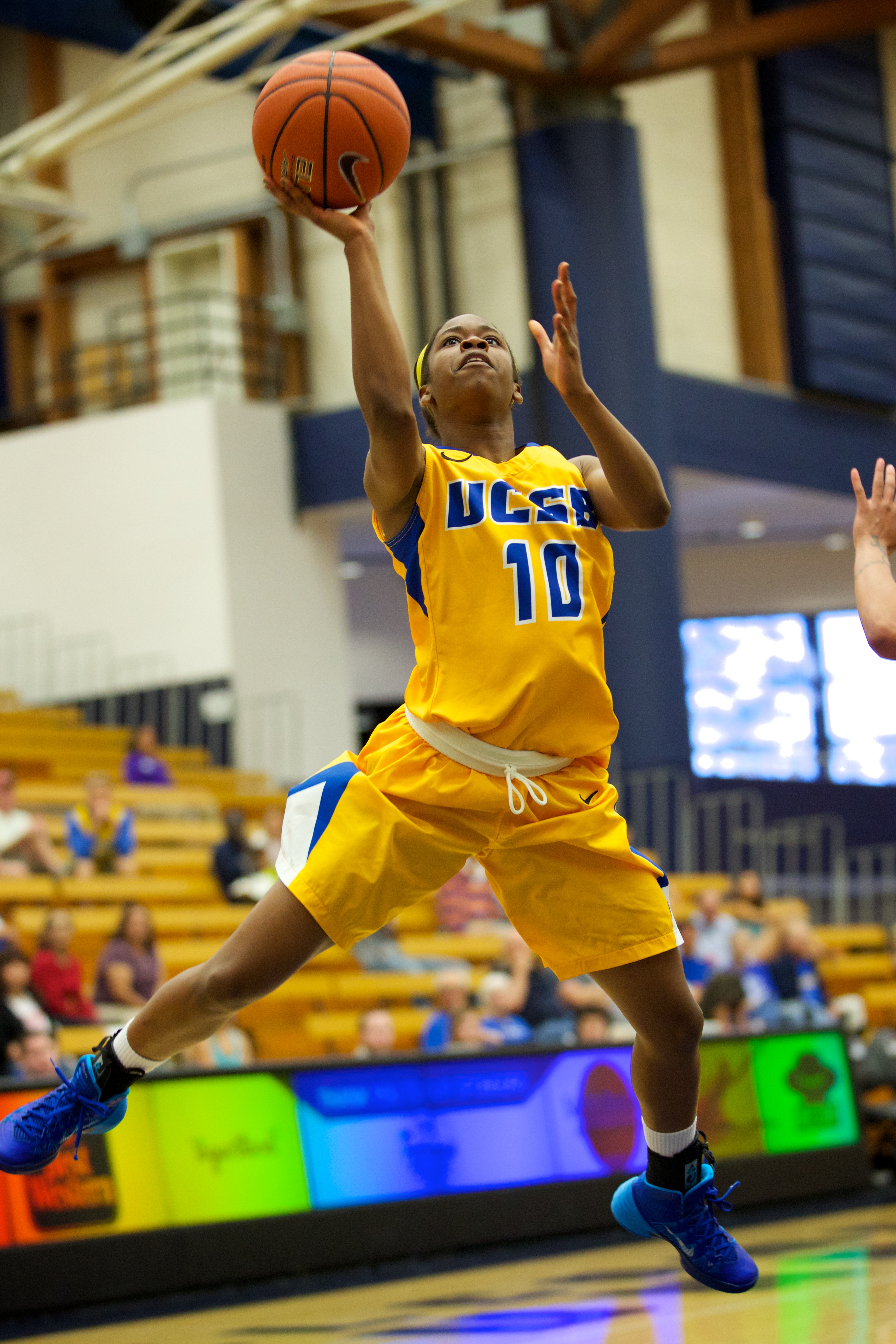 It has been a frustrating stretch for UCSB as it has loss six consecutive games and is 1-8 overall. Particularly, the Gauchos’ losing issues stem from their troubles on the road where they are winless at 0-5.

The break for finals applied for LSU and Louisiana-Lafayette as well. The Tigers own a 5-4 overall record and have not played since last Tuesday with an 86-36 win over Texas Southern. Louisiana-Lafayette is 6-1 overall and has won four-straight games. After not being on the court since last Thursday, the Ragin’ Cajuns returned to the court on Saturday to earn an 84-36 win versus Dillard University.

UCSB did not have one player average double-figure points per game last season. However, sophomore guard Makala Roper has emerged as the Gauchos’ top scorer this season, averaging 12.4 points per game.

She has scored within double-figures in five of the team’s nine games, in which four of these scoring performances occurred while she was coming off the bench. Most notably, she scored a career-high 27 points against Pepperdine, prompting her addition to UCSB’s starting lineup. While the free throw line has been troubling for UCSB, Roper leads the Gauchos in free throws made with 31 and is just two three-pointers shy of the team-high of 15 from beyond the arc.

LSU is undefeated in home games this season at 3-0. Due to unspecified disciplinary reason, the Tigers lost their leading scorer in former first-team All-Southeastern Conference (SEC) selection guard Danielle Ballard.

Still, the Tigers have managed to make up for Ballard’s averages of 14.5 ppg and 7.2 rebounds per game from last season. After starting in just one game and averaging 5.7 ppg last year, sophomore guard Jenna Deemer has embraced a larger role for this year’s LSU team.

The New Orleans, Louisiana native leads the Tigers in scoring with an average of 11.3 points per game. Nonetheless, she has been LSU’s best deep range shooter. Deemer has made a team-high 20 three-pointers this season and is currently shooting a superb 42.6 percent from behind the perimeter.

Although junior guard Raigyne Moncrief and transfer forward Alexis Hyder average double-figures in scoring as well at 10 ppg each, it’s their rebounding abilities that makes them most effective on the court. Hyder leads the team in rebounds with 8.2 per game as Moncrief follows behind her at 7.0 per game.

On average, Santa Barbara is outrebounded in the paint. UCSB averages 34.3 rebounds per game while its opponents have averaged 39.8 rebounds per game this season. Yet, if the Gauchos can be aggressive on the boards and find a way to limit LSU’s second chance points, it may increase their odds in Sunday’s bout.

Finding a way to gameplan against the Ragin’ Cajuns’ arsenal of guards will be the most challenging aspect in Tuesday’s game for UCSB.  The Gauchos have a chance to end Louisiana-Lafayette’s winning streak in what will be the first meeting between the two programs ever.

Louisiana-Lafayette has a veteran trio of guards in senior Keke Veal, senior Kia Wilridge and junior Jaylyn Gordon. Each player averages 14 points per game, providing different talents on the court. Wilridge is currently shooting an impressive 53.8 percent from the field while Gordon has been a sharpshooter from behind the three-point line with a 40.4 percentage.

The Ragin’ Cajuns have held opponents to a measly 27 percent from behind the three-point line so far this season; however, the Gauchos’ ability to knock down their long distance shots may be the best chance they have to combat the level of scoring in Louisiana-Lafayette’s backcourt.

Along with Roper, freshman shooting guard Coco Miller provides UCSB with the best three-point shooting ability. She holds the team-high of 15 three-pointers made this season and finished 5-10 from behind the perimeter in a 19-point performance versus Santa Clara last Tuesday.

Sunday’s game against LSU will tip-off at 1:00 p.m. Pacific time while next Tuesday’s matchup on Dec. 15th against Louisiana-Lafayette will begin at 9:00 am Pacific time.