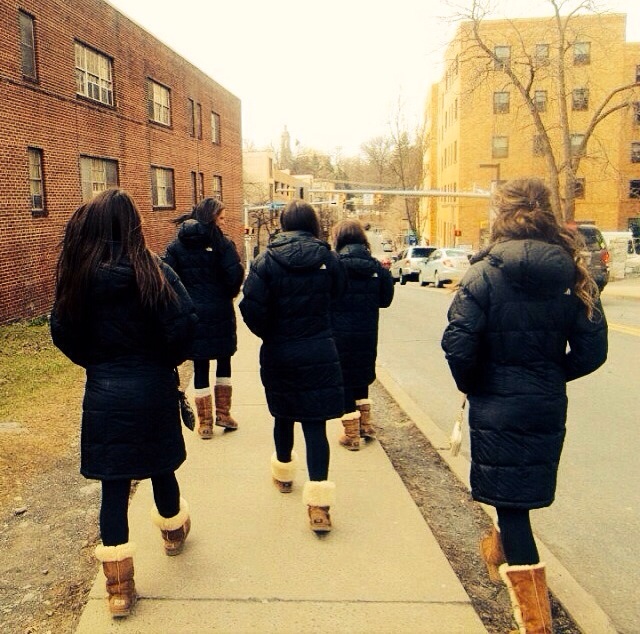 These past bouts of El Niño have greatly affected the Isla Vista community. Greek Life in general has taken a major hit, resulting in the cancellation of Fratopia daygers and snappa games due to flash flood warnings and absolutely unbearable one-inch rainstorms.

However, no one has taken a harder hit than sophomore communication major Brittany Lund, a member of Gamma Tau. Her sorority sisters began to seriously worry about her when she began walking to class in flip-flops on a rainy day, electing not to take an Uber. That was when they realized her sad fate — she had forgotten her Uggs at home, not knowing the painful effect the El Niño would have on her during Fall Quarter.

It is reported that when questioned about her forgetfulness, Lund would respond, “How could I have known that this would be the rainiest quarter of my entire life?” Obviously disappointed, Lund has had to put up with four rainfalls and many cold nights, all without the help of her Uggs, which she has credited with “getting her through her entire freshman Winter Quarter.”

Frat star Jimmy Jones has also weighed in on the matter stating that, “Uggs don’t have any arch support; I hope she doesn’t work out in them.”

While we have yet to receive official word from Lund, we have reason to believe that she would not be working out in said footwear, and would only wear them in cases of rainfall and below-75-degree weather. Many of Lund’s sorority sisters have posed concerns regarding the matter, most afraid that she won’t be able to make it to the rest of her classes during Fall Quarter or any of her finals. However, Gamma Tau Sister Mary Eunice had a different thought.

“Why would she want to wear Uggs in the rain? They would just get wet and dirty. She should get a pair of Hunter rain boots,” Eunice said.

Many of her sisters then agreed, but also insisted that Uggs were still a necessity for rainy day life. Eunice exclusively told us that she would put it in their house’s suggestion box and would get back to us with any additional information.

Statistics have shown that those who wear Uggs make great contributions to their local Starbucks, almost always show up to their 8 a.m.s and rarely complain about cold weather. In general, the crime rates of Ugg-wearing citizens are substantially lower than non Ugg-wearing citizens. It is because of these statistics that there is grave concern over Lund’s welfare — any help or additional research into the matter is greatly appreciated by her colleagues at this time.

By writing articles like this, the Nexus is contributing to institutionalized misogyny.

I’ll let your FEMST 1 professor know you said that so you can get credit.

Very good satire. Im talking about the comment not the article.

Back in my day (before the Gamma Alpha Gamma sorority was disbanded), we didn’t even have Uggs. Hi top Reeboks were the most waterproof thing we could find, and we were happy to have them. Now get off the Internet and get to class!