The Daily Nexus
On the Menu
My Take on Julia Child’s Ratatouille
November 18, 2015 at 5:00 am by Collin McLeod 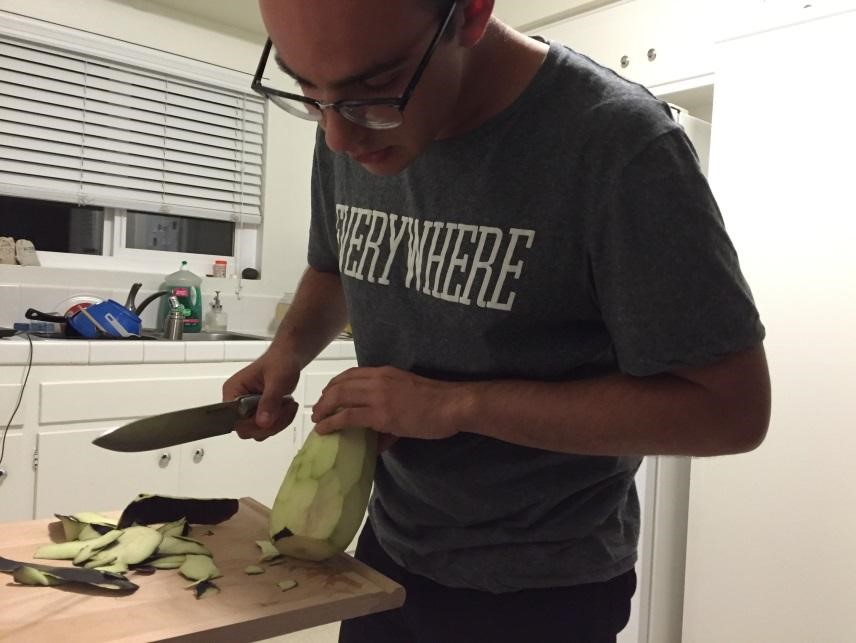 I had no idea who Julia Child was until I watched “Julie & Julia” starring Amy Adams and Meryl Streep. My eyes were glued to the screen while I watched the characters of the film recreate almost every buttery French meal Julia Child put into her book, Mastering the Art of French Cooking. I knew I wanted a piece, so I ran to the nearest Barnes & Noble to pick up a copy.

The next few days were filled with luxurious scents, decadent desserts and, of course, a lot of butter. It was like I was a professional French chef trained by Julia Child herself. The only setback? I had a busy life schedule that needed me more than my stomach needed Julia Child, so the book sat on my bookshelf for the next few years collecting dust.

After a few years of abandonment, I dusted off my copy of Julia Child’s book and decided that I was going to treat my roommate and myself to an evening of French cuisine. Since we are broke enough to not be able to afford most of Julia Child’s concoctions, I chose to make the simplest of Julia Child dishes: ratatouille. You may get images of a small Disney rat cooking in a French kitchen, but I promise you this meal is much better than that.

Ratatouille is a traditional French layered vegetable dish commonly eaten by coastal communities in France. I read some reviews about it online and found that not only is it good for you but it is also cheap to make. When I went to the grocery store, I spent about seven dollars on the ingredients the recipe calls for.
The tricky part of this recipe came when I got home from the store. It requires a certain amount of eggplant, zucchini, tomato and onion, all of which I bought too much of. If you take this route in your kitchen, make sure that you have a large enough casserole dish to hold a lot of vegetables. Or you could try actually following the recipe, but Julia did always say “you learn to cook so that you don’t have to be a slave to recipes.” 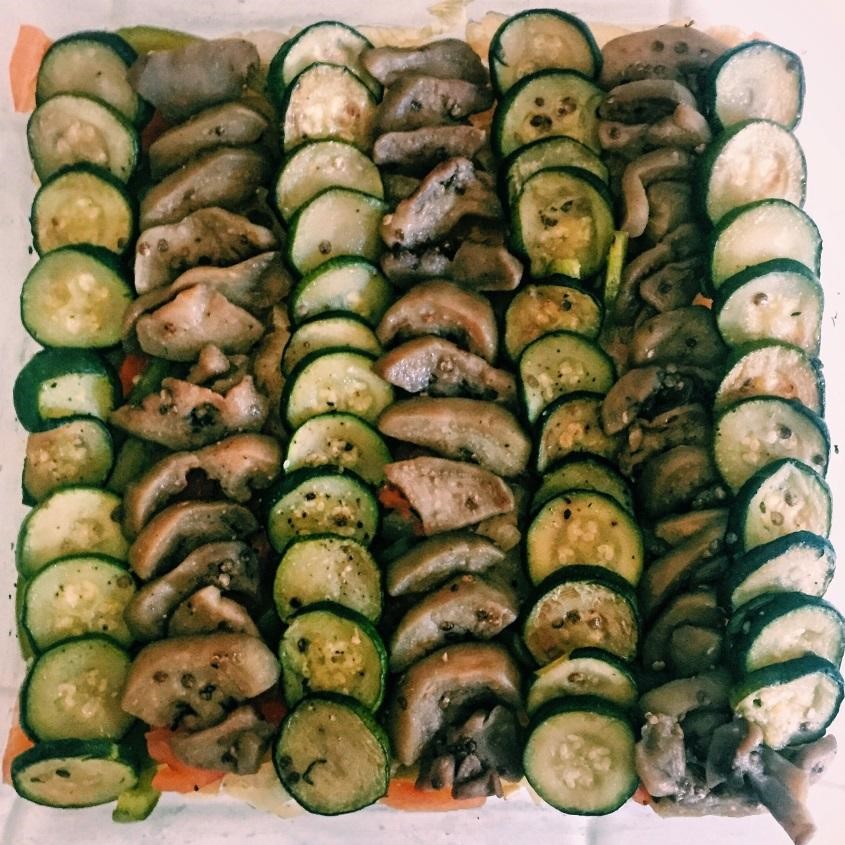 The amount of food that I made was not the only problem with my ratatouille experience. I ended up cutting all of my vegetables incorrectly and missing a few steps in making the tomato sauce, ultimately destroying the perfect image of this finely crafted meal that I had built up for myself prior to making the meal. In short, I could have used a nice glass of wine.

Feeling defeated, I haphazardly layered the zucchini and eggplant atop the onion, tomato and green bell pepper mixture I had sautéed. Then I stuck the entire dish into the oven at 350 degrees. The recipe does not call for this, but I figured, “what the hell?” After 15 minutes, I took out the casserole dish and peeled off the foiled top to be greeted by a warm hug of savory goodness. I added some parmesan cheese on top, my own touch, and my roommate and I dove in. It was light but filling and everything I could have wanted from a butterless Julia Child recipe.

You might not be inspired to go buy Julia Child’s book like I was, but do take away that meals you make from recipes you follow do not have to be perfect. The end result may not look Instagram-worthy, but damn, it could be delicious. So be messy and make a lot of mistakes because that is what cooking is all about. Bon appétit!