The Daily Nexus
The Daily Stench
Twitter Threatens Male Masculinity
November 10, 2015 at 8:00 am by Collin McLeod

In case you missed it, Twitter unveiled a new way to show your appreciation of another person’s tweet this week. Instead of having the option to “favorite” a tweet with a star, you now “like” a tweet with a heart. And a lot of straight cisgender dudes are freaking out about it.

Yes, the straight cisgender males are at it again. They are putting down their brose, tightening up their man buns and putting their rulers back in their underwear drawers to fight against another cause that clearly threatens the very fabric of their being: a button on Twitter.

Some of these guys actually think that if they like another one of their bro’s tweets, it will indicate that they want to bust open the gateway to homosexual happenings and make passionate love to them. 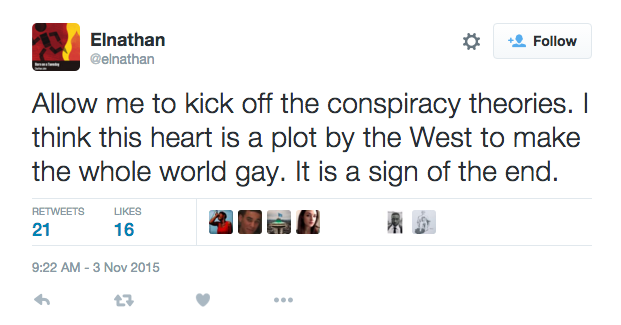 But then you find tweets like this and you realize exactly why some dudes are up in arms about the whole concept of having a heart indicate you like what another dude had to say.

It is the same reason why men have man buns, burn man cave candles, rock man bags, sip brose and whisper “no homo” when they like another guy’s tweets: Masculinity is so fragile. Somehow it has been construed that sending someone a heart defines your sexuality. I send girls hearts all the time, but that does not mean I am going to stop wanting to date guys. It is meant to show that you LOL’ed or laughed your ass off. I mean, would it be better if Twitter made a button specifically to protect the masculinity of insecure men? Here is an option: 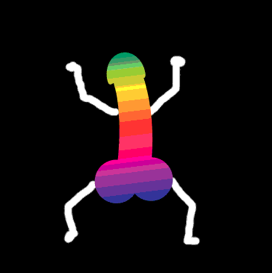 Think about it — the more they like a tweet, the bigger the penis-sized button. Sensitive dudes across the Twittersphere will rejoice as they assert their dominance over their bros with gigantic dick-shaped likes! That is what masculinity is all about after all, right? And we would not want to threaten that.

The liberalism is strong in this one.