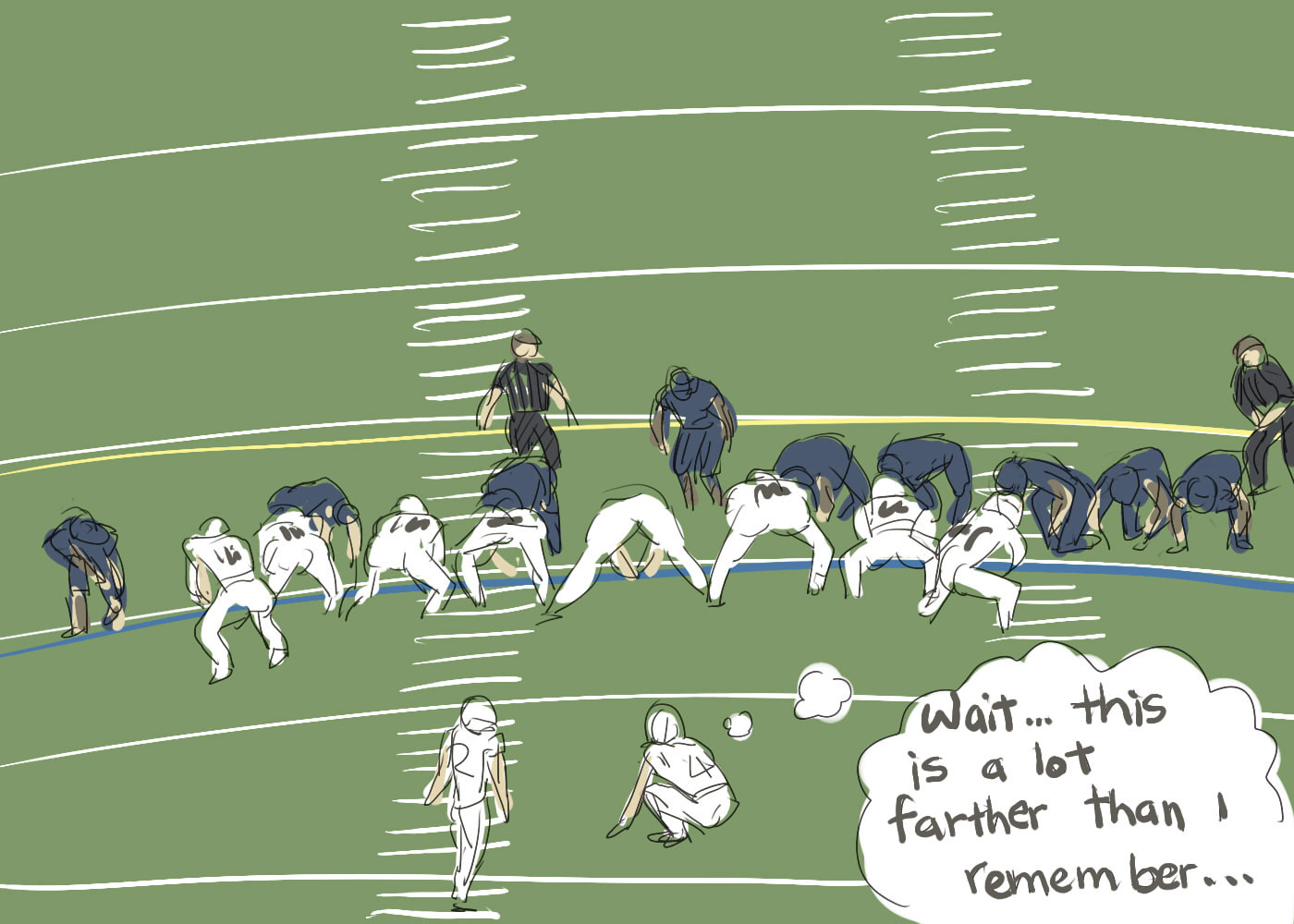 The 2014 NFL season was a complete rollercoaster ride for Commissioner Roger Goodell. However, last week’s rule-changes for the 2015 NFL season may be the first step in Goodell’s attempt to revive his declining reputation.

Between his mishandling of incidents ranging from Ray Rice, Greg Hardy, Ray McDonald, Adrian Peterson, the “DeflateGate” scandal and having made what many consider an undeserving $44 million last year, Goodell has been the cause of a lot of uproar within the NFL.

After all this turmoil, it’s astonishing to see that Commissioner Goodell has not thrown in the towel and surrendered. Instead, he has remained composed and seems to be committed to improving the future of the NFL. Three rules concerning the distance of the Point After Touchdown, known as the “P.A.T.,” and two-point conversion regulations were adjusted.

The P.A.T. will no longer be kicked from the two-yard line, but will now be attempted from the 15-yard line. Formerly a 20-yard kicking try, the change in range now sets kickers up with a 32-yard extra-point attempt.

Still, this adjustment is not a definite change as its success within actual game situations has yet to be tested. The restructuring of the P.A.T. will start off as a one-year trial. Depending on its impact, owners will have the chance to vote for or against the rule in the NFL’s following offseason.

While other rule proposals await for team owners to discuss and settle on, these new changes are encouraging in the NFL’s progression.

The change in the P.A.T. will definitely increase the entertainment level of the sport as kickers will face a more challenging 32-yard attempt. Prior to this rule change, the 20-yard point after effort was a routine score that usually was followed with a commercial.

The P.A.T. not being an automatic extra point after a team scores a touchdown will make games more intriguing. It forces coaches to make gutsier play calls in crucial, sometimes win or lose situations which allows the game to become more enjoyable for fans.

Kickers may not appreciate extending the P.A.T. distance now, but it elevates the importance of their position. Kickers are commonly underappreciated due to the fact that they can be replaced so easily, especially when scoring an extra point from the two-yard line is such an effortless task.

Moving the P.A.T. to the 32-yard line makes the point after attempt more appealing as it increases the amount of pressure on the kicker. It is a chance for kickers to remind everyone of their importance on the field.

We have all known the two-point conversion attempt to be an unexpected, surprise play call. With these rule changes, does this mean that the anticipation of two-point conversions will possibly detract from its spontaneity? Without a conclusive answer, we will all have to wait and see if the change will help or hurt the game.

Certainly, giving defenses the opportunity to score off of failed two-point conversion attempts may be the greatest adjustment made. It enhances the intensity of late-game situations in which defenses gain the chance of being game changers. Which is only acceptable since “defense wins championships,” right?

Imagine a return of an interception, fumble recovery or blocked field goal attempt of a two-point conversion try being the difference in a team winning or sending a game into overtime. These are the types of bizarre scenarios that have given college football a slight entertainment advantage over the NFL. Giving defenses the chance to benefit from causing turnovers is another possibility for the NFL to become more amusing.

Although many blame Commissioner Goodell for a lack of professionalism and responsibility during the 2014 NFL season, the NFL and NFLPA’s effort to improve the game of football is refreshing.

A version of this article appeared on page 9 of May 28, 2015’s print edition of the Daily Nexus.

i think it will make it more exciting and fair i also think in over time,sudden death , the game should be decided by a touchdown instead of a field goal this way it gives both teams a chance for a clear cut winner. give them 15-30 minutes to get ready. sometimes its seems or looks like is too easy to get into a field goal position and then the other team just watches and then they cant try. over done. where if its a touch down it will make them strive harder ,makes for a exciting games ,fans will… Read more »