The Daily Nexus
Sports
Softball Closes Out Tough Season at Long Beach State
May 7, 2015 at 5:02 am by Martin Cobos 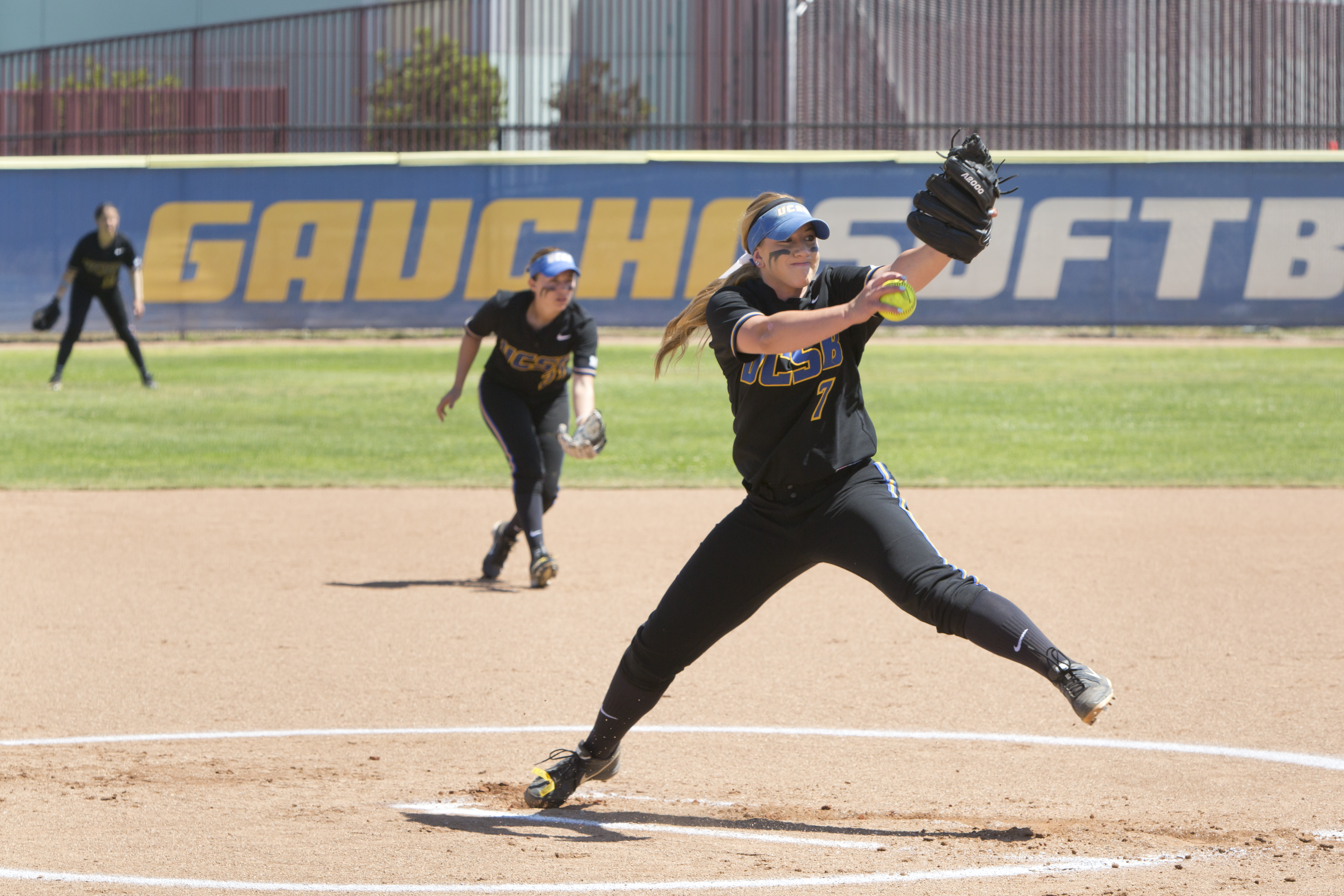 The UCSB softball team will head south this weekend as it is set to face conference opponent Long Beach State in the final three game series of the regular season. The action will begin with a double-header on Friday, followed by the series finale on Saturday.

“I am excited for us to do well this weekend since we have been doing well of late,” senior utility player Shelby Wisdom said. “We are really hoping to finish out the season strong.”

UCSB’s improved pitching has been the story of late, as the staff held UC Riverside to just two runs in each of its victories this past weekend. This improvement is monumental for a team that boasts a combined 5.30 ERA this season.

The Gauchos may be able to continue their success on the mound this weekend as Long Beach State has struggled at the plate. The team’s combined batting average is just .273 this season and they have only three players hitting above .300.

Long Beach State is led by sophomore infielder Lauren Lombardi. Lombardi is hitting .338 on the season and has nine home runs. She also has a staggering 50 RBI and sports a .600 slugging percentage.

UCSB will bring a host of power hitters to this series. Junior catcher MeShalon Moore remains on fire for the Gauchos as she is hitting .356 in conference play this season and has four home runs. Moore is hitting .346 on the season with 40 RBI.

Wisdom also always brings the threat of power to the plate, as she leads the team with nine home runs this season and holds a .586 slugging percentage. She also has tallied two triples and posts an on base percentage of .346.

In addition to Moore and Wisdom, sophomore outfielders Kristen Clark and Jacqueline Hinojosa are always threats to get on base. Clark leads the team with a .370 batting average and she remains a constant danger on the base paths with nine stolen bases this season.

“You have to keep things simple [at the plate],” Clark said. “Relax and just keep doing whatever it takes to get on base.”

Hinojosa is second on the team with a .366 batting average. She leads the teams with 27 walks this season, which has helped her achieve an impressive on base percentage of .485. Hinojosa has also scored 26 runs thus far.

UCSB will look to take full advantage of Long Beach State’s susceptible pitching staff. Sophomore Christina Clermont leads the team with a 2.30 ERA this season and has a record of 18-7. Opponents are hitting just .203 against Clermont.

Overall however, Long Beach State has a team ERA of 3.52 and opponents are averaging a healthy .262 against their pitchers. The team has also given up a total of 43 home runs this season.

The first pitch will be on Friday at 1 p.m.

A version of this article appeared on page 9 of May 7, 2015’s print edition of the Daily Nexus.