The Daily Nexus
Sports
Leading the Way Outside of the Mound
May 7, 2015 at 5:05 am by Martin Cobos 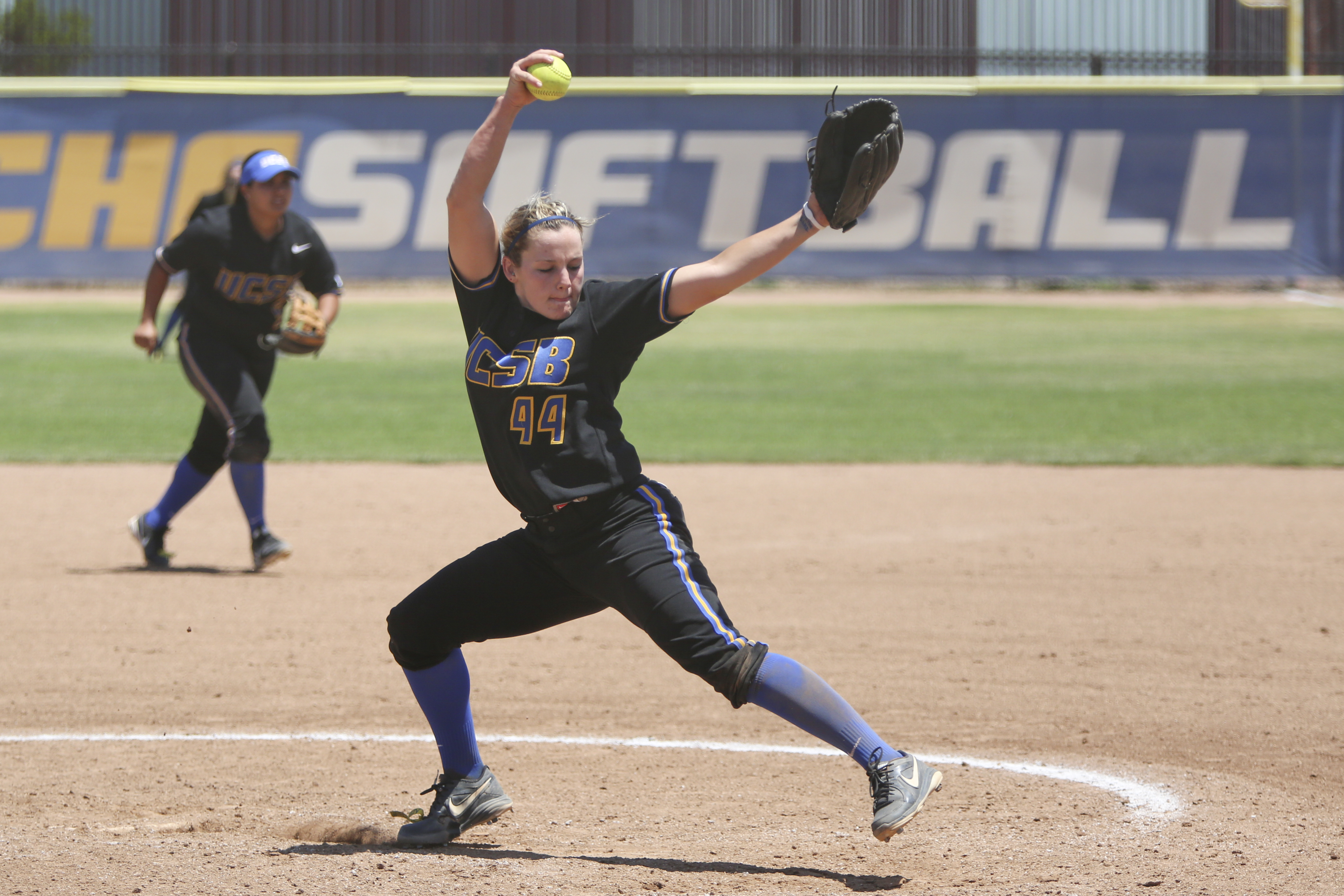 Senior Shelby Wisdom is one of the most decorated pitchers in the history of UCSB softball.

In 2012, she set the school’s single season record for wins and strikeouts, amassing 24 wins and tallying 247 strikeouts. In 2014, Wisdom notched the 63rd win of her career, passing Sandy Ortigies for the most in program history. However, through 51 games this season, she has not set foot in the circle.

In late June 2014, Wisdom was told by her doctor that she would never be able to pitch again due to an injury sustained in her right elbow. Wisdom would visit three more doctors seeking a second, third and fourth opinion, but the news only got worse. An MRI had discovered that she no longer had cartilage in her left elbow and, just like that, her pitching career was over.

“It was heartbreaking to hear the news,” Wisdom said. “Not being able to pitch and control the game truly felt like the end of my softball career.”

Wisdom began her playing career as a young girl, following in the footsteps of her sister. Her talents became apparent early on as she participated in club softball and eventually went on to play for her high school team.

At Elk Grove High School, Wisdom batted .462 in her senior season with 21 RBI and 11 triples. She posted a 0.81 ERA and held opponents to just a .133 batting average. These efforts culminated in leading the Elks to a second place finish in the 2010-2011 Sac Joaquin Division I Championship.

Head Coach Brie Galicinao knew that Wisdom was something special after watching her in her sophomore season at Elk Grove. From that point on, Galicinao made it a priority to get her on the roster.

“Through the recruiting process we knew she was going to be a program-changer,” Galicinao said. “With her, I knew I’d have to work on that mental aspect and on harnessing that competitiveness.”

This competiveness is what makes Wisdom such a premier example of what it means to be a great athlete. It is not simply accomplishments, but perseverance through adversity that help define what it means to be great. Wisdom has stood in defiance of circumstance and found new ways to achieve.

“I lost the love of the game a bit [when I found out I couldn’t pitch], but I reminded myself that I play to compete and play to help my team,” Wisdom said. “I hope to help lead this team by example.”

The road back on the field was not easy for Wisdom. While the injury prevented her from dominating on the mound, it also hampered her ability to throw the ball in the field. After failing to throw the ball with any velocity from her newfound position in the outfield, it was decided that Wisdom would have to become a permanent designated hitter.

However, this, too, was not without its challenges. The pain still lingered throughout the injured arm and it was in question whether there would be any remnants of the power hitter that Wisdom once was.

Prior to injury, Wisdom was a career .283 hitter and had launched 20 home runs in her three years on the team. She sported a career .479 slugging percentage as well. With pitching out of the question, her bat would be more important than ever.

Wisdom put the fears and doubts to rest in a hurry though by flashing some incredible numbers at the plate. She is currently posting a .293 batting average and ranks first on the team with a career best nine home runs and .586 slugging percentage. She is also second on the team with 30 RBI and has two triples to her credit.

Wisdom is also tied for ninth with her 30 RBI and ranks sixth with the .586 slugging percentage. Possibly most impressive, though, is that she holds the third-best mark in the Big West with nine home runs and counting.

All of these offensive accomplishments have once again made her one of the most dangerous hitters in the conference.

“I have really tried to do my best at the plate and I am trying to focus on the positives of the situation,” Wisdom said. “I have really high expectations and I expect to do well every time I get the opportunity to hit.”

Wisdom has embodied the hard work and determination that it takes to excel as a student athlete. She has rewritten the history books and left behind a legacy that is sure to withstand the tests of time.

“It will be kind of sad to go into this last series against Long Beach State,” Wisdom said. “I don’t really know how to take it, because it will be my last series ever playing softball.”

As Wisdom ends her career at UCSB, she simply wishes to be remembered as the determined softball player who let nothing stand in her way. She recounts her love of playing the sport and all that has come with it.

Leaving behind something that has meant so much for so long is sure to be tough on anyone, but in athletes like Wisdom, that love of the game never fades away.

A version of this article appeared on page 9 of May 7, 2015’s print edition of the Daily Nexus.