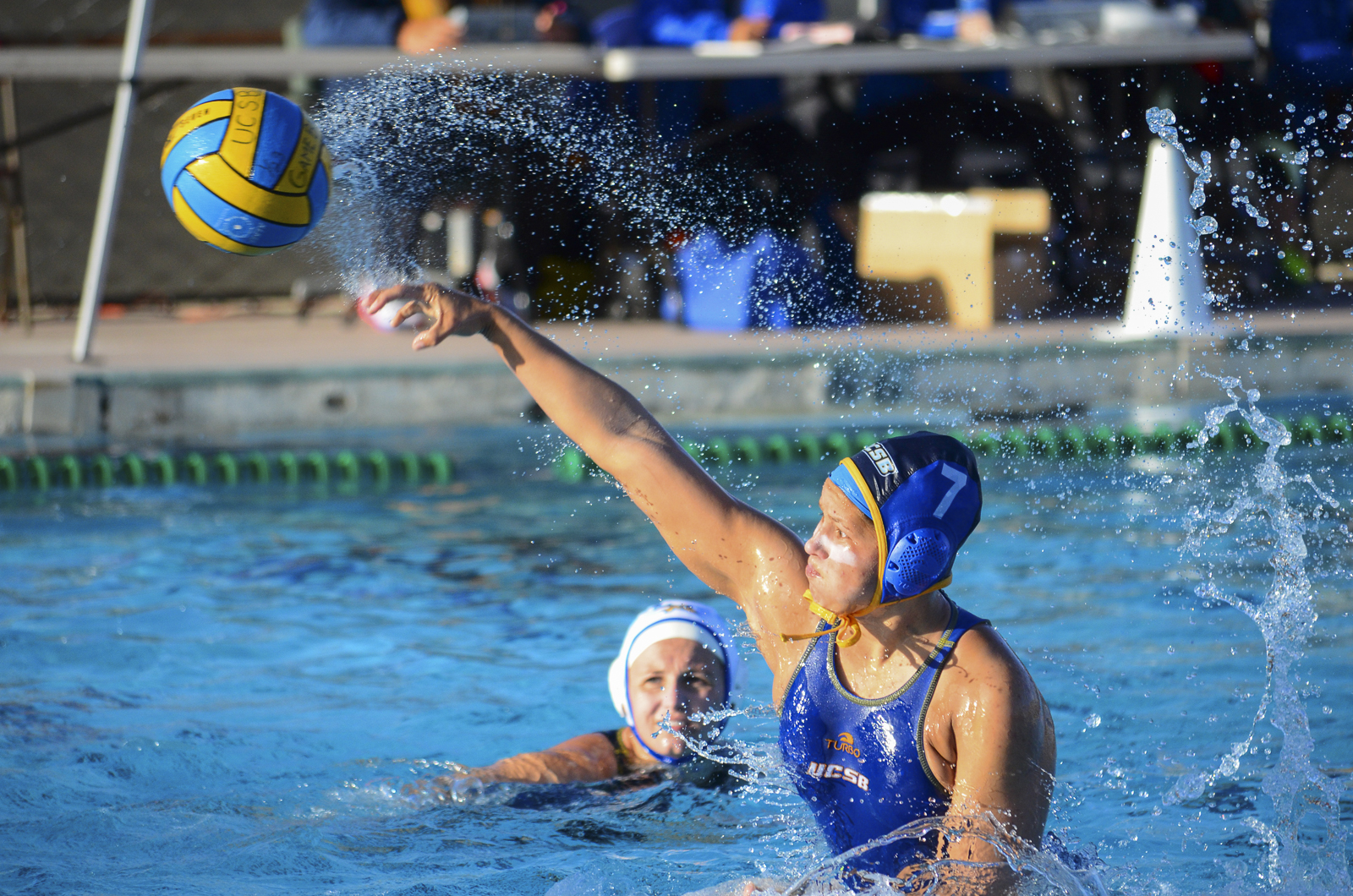 Camila Schafer shoots the ball and scores a point for the Gauchos. Christina DeMarzo/Daily Nexus

For the past two seasons, early first round exits in the Big West Tournament have burdened UCSB. Unfortunately, the Gauchos’ troubles continue for a third year after its 10-9 loss to fifth-seeded No. 8 UC Davis. As both teams exchanged goals, it was the Aggies’ defensive stand in the second period that made the ultimate difference in Friday’s contest.

Despite the loss, UCSB had one of its best offensive performances as six different players amounted at least one goal. It was a scoring clinic in the first period as both teams combined for a total of seven goals.

Still, Davis consistently responded with goals of their own as Houston and junior center Allyson Hansen went on to force a 3-3 tie. Giving the Gauchos a 4-3 advantage at the end of the first period was a goal by redshirt freshman utility Tess Wardle.

The lack of defense to begin the game was a problem that both teams needed to resolve entering the second period. Davis quickly filled the void as it held Santa Barbara scoreless and earned its first lead on scores from freshman utility Paige Virgil and freshman center Greta Kohlmoos to take a 5-4 halftime lead.

Starting the second half of Friday’s matchup was another high-scoring quarter that resulted in a total of nine goals being scored. It was Houston’s three-goal scoring rally in the third period that uplifted the Aggies to an 8-5 lead.

Leading the Gauchos’ comeback were junior utility Samantha Murphy and Shore as both players managed to tally two scores that trimmed Davis’ lead to 8-7. Ending the third period were two scores by sophomore utility Bryn Lutz and junior utility Ariel Arcidiacono that rewarded UC Davis with a 10-8 lead.

On the verge of being eliminated while facing a two-point deficit, UCSB needed to react quickly in order to keep its season alive.

With just two minutes left in regulation, Murphy landed a clutch goal to cut the Aggies’ lead to one. While Santa Barbara held UC Davis scoreless in the fourth period, it was too late into the game’s ending for the Gauchos to force a potential overtime.

Although UCSB’s chances of playing in the Big West Championship game were ended, Santa Barbara’s last hope in the tournament was its rematch versus sixth-seeded No. 13 Long Beach State to claim fifth place.

It was an absolute duel between the Gauchos and 49ers as UCSB earned the 10-9 victory in double-overtime. The win gives Santa Barbara its second consecutive fifth-place ending in the tournament and was just the eighth overtime match in Big West Tournament history.

Freshman utility Betsy Hendrix led the Gauchos in scoring with three goals. In a match that had a total of five ties, it was Hudson that scored the game-winning goal for UCSB.