The Daily Nexus
On the Menu
Culture at its Finest: Highlights from the Food and Wine Weekend
April 23, 2015 at 5:00 am by Bin Nguyen 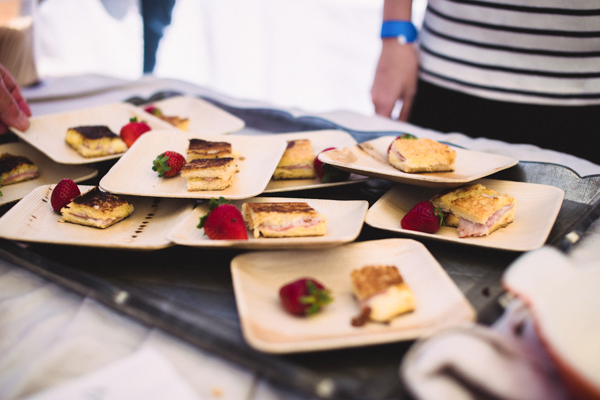 It was a fine and dandy Sunday afternoon when local Santa Barbara natives and out-of-state food and wine enthusiasts arrived at the glamorous Bacara Resort and Spa in Goleta, California to attend the final installment of the weekend-long event: the 2nd Annual Santa Barbara Food and Wine Weekend. This year’s festival, hosted by the Bacara, was a four-day-long celebration filled with special wine tastings, chef demonstrations and a grand dinner with Hollywood actor, Kurt Russell. The entire festivity was presented to benefit The Julia Child Foundation for Gastronomy and the Culinary Arts. To keep her memory alive, special cooking demonstrations were presented to focus on Child’s favorite recipes. 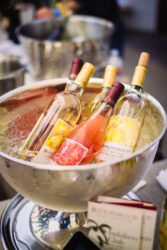 Daily Nexus’ On The Menu section had the privilege of attending the final event, the Neighborhood Tasting. Upon entering the Spanish-style colonial frame doors, the attendees were greeted with a lavish center piece of elaborate flowers and décor vegetables. After a quick check-in, guests received wristbands and their very own wine stem to taste all the beverages their hearts desired.

First on the tasting agenda was breakfast. The resort’s main chefs were busy with their own recipe for huevos rancheros. The Mexican dish contained handmade tortillas, fresh black beans, chorizo, red and green salsas, pico de gallo, various selections of cheese, sliced avocados and cilantro poblano cream. Topped with a sizzling, medium-cooked egg, the dish dissolved in one’s mouth as the ingredients mixed together with the running egg yolk. The taste was flavorful and rich in texture.

Next, the Empty Bowl Gourmet Noodle Bar from Santa Barbara Public Market had its own version of yellow curry with vegetables and rice. The spices of the curry exploded on the palate as the traditional Indian cuisine gave its tasters a warm sensation. 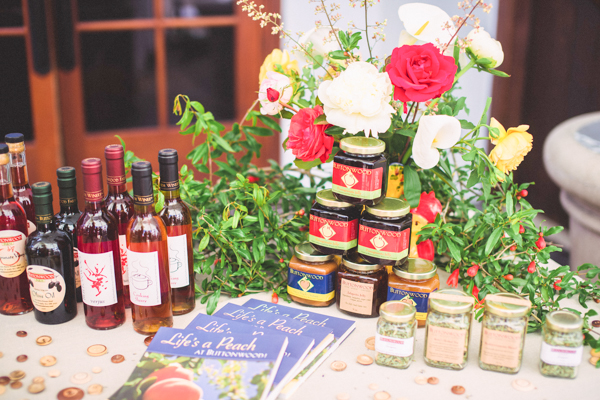 Santa Monica Seafood brought its signature dish to the tasting: fish ceviche. A mixture of lime, cilantro, salsa and trout, the ceviche was mildly spicy, yet sweet and complimented the handmade tortilla chips.

Mission Rose Pasta from the Funk Zone had their own version of a gluten-free, “clean” pasta with fresh vegetables. Any taster would agree that they felt much healthier after eating the light but hearty pasta.

One of the best dishes of the afternoon was one of Julia Child’s own design: the classic croque monsieur. The ham and cheese delight was tender and soft in every possible way. The richness of the Gruyere cheese slowly melted on one’s tongue as salty ham contrasted its texture.

Now let’s talk liquor. Yes, the attendees were gifted with their own complimentary wine stem and there was definitely a variety of wine. Solvang’s Buttonwood Farm Winery’s own classic Sauvignon Blanc and Syrah Rosé were the popular hits of the afternoon. The white Sauvignon Blanc had “a citrusy and tropical aroma of grapefruit pith, honeydew melon” taste that complimented the arrays of finger hors d’oeuvres. The rosé was scented with “wild strawberry preserves mingled with ripe summer watermelon” to enhance any afternoon brunch delight. 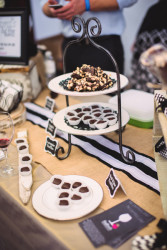 Figueroa Mountain Brewing Co. (whose closest location resides in the Funk Zone) brought out their famous Figueroa Mountain 101 California Kolsch. The 101 has a light and clean taste that is both delicate and soft with aromas of fermented ale. Both husbands and wives, as well as the single attendees enjoyed the refreshing beer.

State Street’s The Good Lion was on hand to mix the most creative cocktails. Their version of the vodka cranberry was smooth with an extra punch of sweetness from the raspberry and cranberry-infused juice. But nothing was appreciated more than the original Bloody Marys that were served on the Sunday afternoon to combat the hangovers from the night before.

For dessert, arrays of pastries, chocolates and ice cream were favored by the small children who were lucky to enough to attend the event with their affluent parents. Rori’s Artisanal Creamery from the Santa Barbara Public Market was on hand to give spoon tastings of their beloved blended flavors, which included fresh mint patty, creamy vanilla bean and peanut butter candy chocolate swirl. There were chocolate-covered strawberries at many stations to cleanse the tasters’ palettes. Peanut butter pound cakes and strawberry cream shortcakes were among the specialty pastries devoured by the attendees. Chocolate truffles and lavender-flavored chocolates were extra surprises that sparked excitement from many attendees.

The Neighborhood Tasting Market was rich in entertainment and art from musicians and local artists. Musicians such as Johnny Miller and Adam Phillips played sweet melodies of both originals and cover songs to enhance the atmosphere while local artist Ali Rybczyk  painted away on an original piece just for the event.
The festival was nothing short of love and light. Everyone seemed to enjoy their last taste after the long, fantastic food weekend. Even though the Food and Wine Weekend is only in its second year, it will surely become one of the top events on any foodie’s calendar in the future.