The Daily Nexus
Sports
UCSB Looks to End Rough Patch Against UC Davis
April 16, 2015 at 5:03 am by Martin Cobos 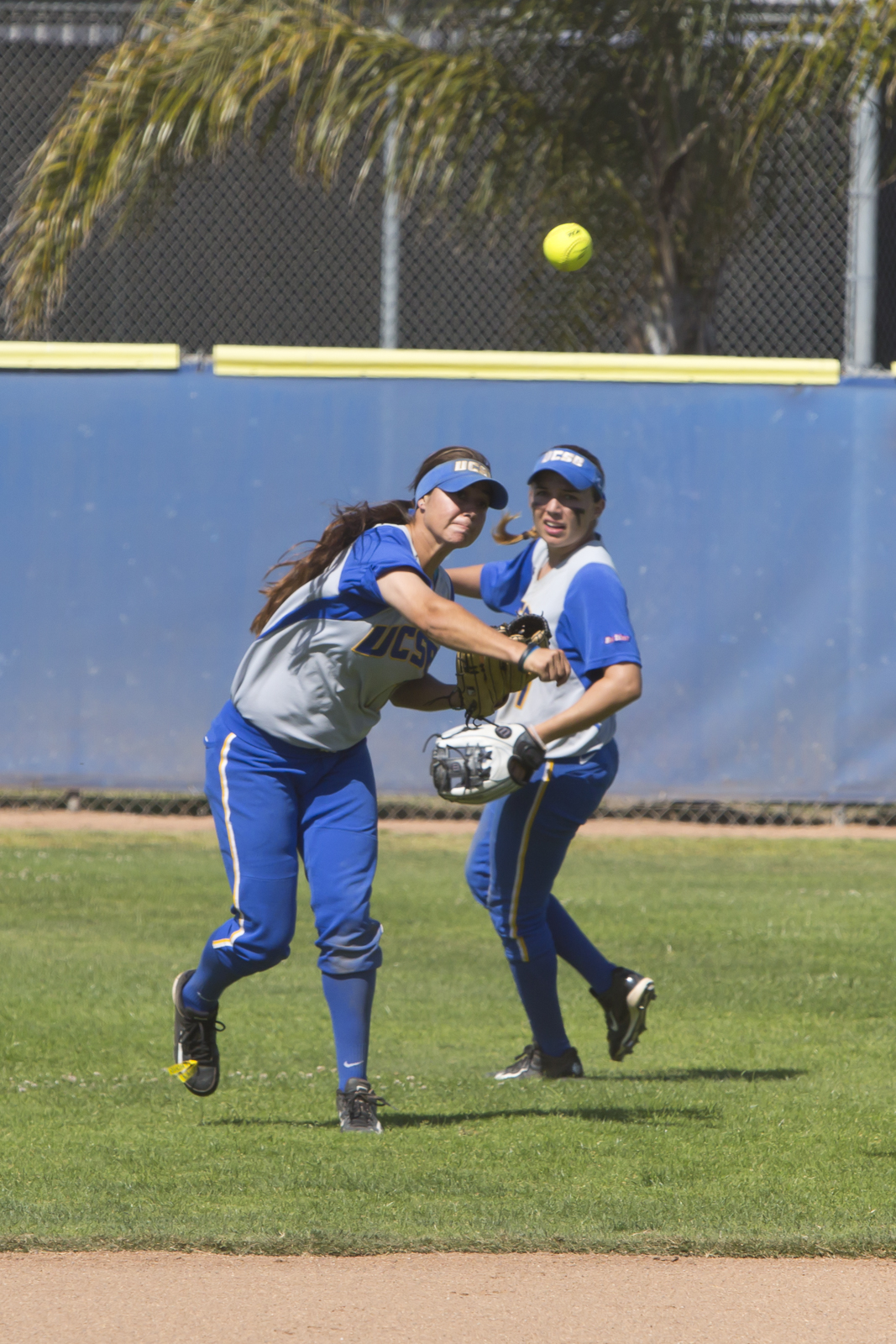 The UCSB softball team will host UC Davis this weekend in another Big West conference matchup. The teams plays a three-game series, with a double header on Saturday and the finale Sunday.

“It doesn’t really matter what you have done because anything can happen in the Big West,” sophomore outfielder Kristen Clark said. “We have to give 110 percent.”

While UCSB is currently on the tail-end of a four-game losing streak, the team will have a good opportunity to bounce back this weekend against a UC Davis team that struggles on the road. Davis is just 2-9 when facing opponents on the road compared to 12-13 when playing at home or on neutral sites.

The Gauchos hold a sizable advantage on offense when compared to UC Davis as well. As a team, UCSB is hitting .302 on the season and has five players batting above .300. Davis has a team batting average of .248 and only two players are hitting above .300.

Leading the charge for the Gaucho offense of late has been sophomore outfielder fielder Jaqueline Hinojosa and junior catcher MeShalon Moore. They are both batting .357 in conference games with 10 hits through 28 at-bats.

Moore has also shown a surge in power of late, hitting two home runs and tallying 10 RBI through nine league games this season. She currently has a ridiculous .607 conference slugging percentage and has scored six runs.

The Gaucho offense should be able to lean on junior infielder Arianna Palomares and senior utility player Shelby Wisdom as well. Palomares is hitting .370 and has 26 RBI to her credit this season.

Wisdom has provided the offense with much-needed power. She currently leads the team in home runs with seven thus far and has a slugging percentage of .575. Wisdom is second on the team with 28 RBI and has two triples this season.

“We didn’t do well this past weekend, but we are focused on the future,” Wisdom said. “We are focused on getting two against Davis, and we are still confident in ourselves.”

Both UCSB and UC Davis have both seen their struggles on the mound this season, which should lead to a high-scoring weekend. Davis currently has a team ERA of 4.58, and the team has only one shutout to its credit this season.

UCSB currently has a team ERA of 5.79 and the pitching staff struggled mightily the past weekend, giving up 20 runs in just three games. However, the pitching had shown some improvement prior to this.

The first pitch will be at noon Saturday at Campus Diamond.