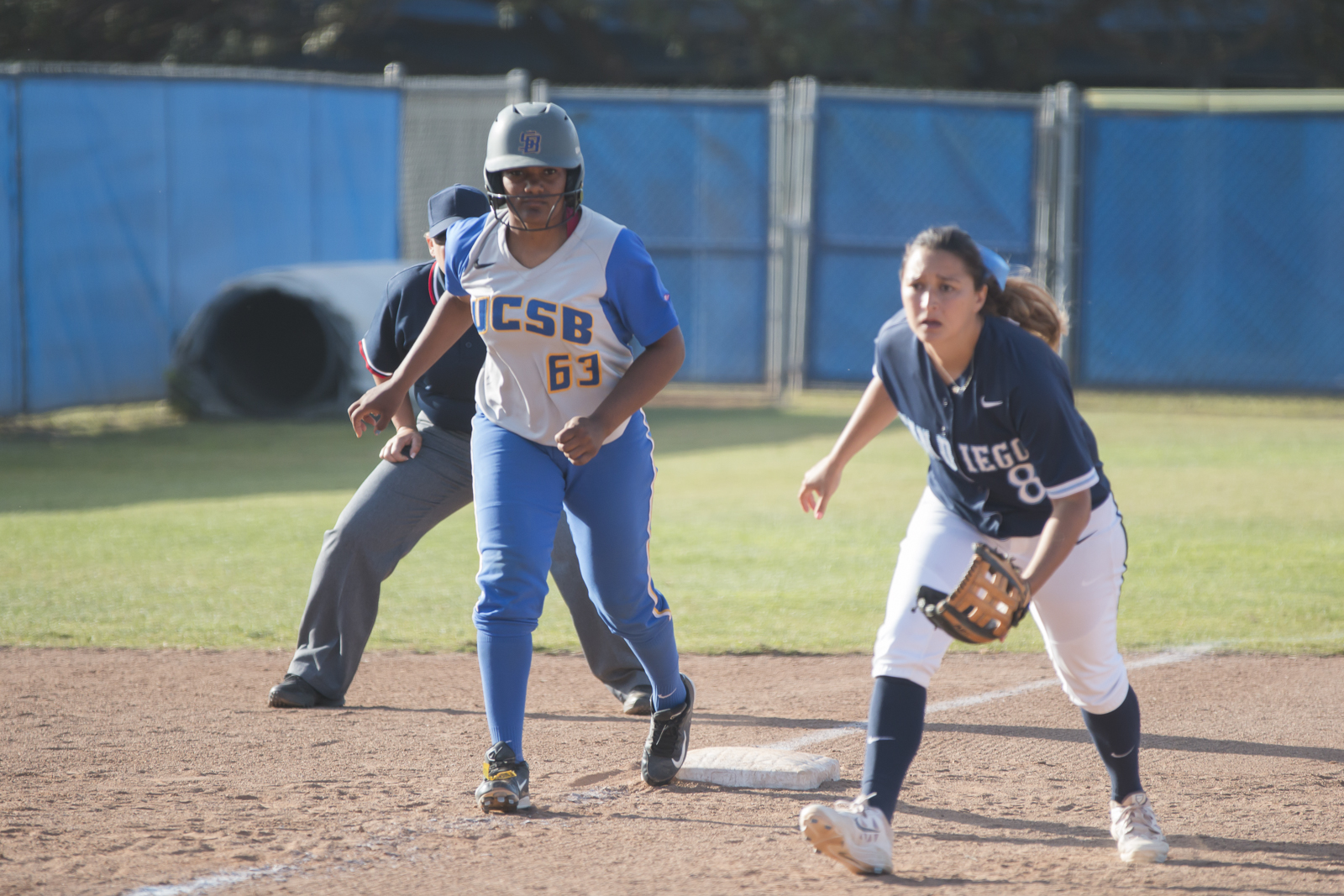 The Gauchos are coming in with an overall record of 15-24 and a Big West conference record of 2-4. Cal State Northridge stands at an impressive 31-10 overall and boasts a 6-0 conference record, having swept back-to-back weekends.

“We feel that if we play our best game we can beat anybody,” sophomore outfielder Kristen Clark said. “We will have to give 110 percent and be crisp in order to beat a really good team that has been on a roll.”

UCSB will certainly have to be at the top of its game as Cal State Northridge has outscored opponents 25-11 during its six-game win streak. However, the Gaucho bats have been hot, and for this reason, the team cannot be counted out.

UCSB is batting .307 as a team this season and averages 4.3 runs per game. The team also sports a .413 slugging percentage and has a combined 18 home runs.

Of those 18 home runs, 12 have come off the bat of either senior utility player Shelby Wisdom or junior catcher MeShalon Moore. Wisdom has been on an absolute tear of late and leads the team with seven home runs and 28 RBI.

Moore seems to do it all offensively, batting .355 with five home runs to her credit this season. She also leads the team with 27 runs and sits just behind Wisdom with a slugging percentage of .573.

Palomares is hitting .380 this season with a team leading 13 doubles thus far, while Clark sports an average of .350 and leads the team with nine stolen bases.

“I think the key has been to keep it simple,” Palomares said. “I just want to do my job for the team, and that really helps when I’m at the plate.”

The Gaucho pitching will look to rebound after giving up 17 runs this past weekend to Cal Poly. While UCSB still sports a high team ERA of 5.83, the pitching has improved of late and junior Ashley Ludlow has been stellar.

Cal State Northridge comes in with a particularly dangerous offensive line-up with five hitters, who have played at least 40 games, hitting above .300.  They also have a team average of .314.

The Gauchos will have to pay particular attention to sophomore utility Katie Hooper who is hitting .365 and has launched 12 home runs this season. Hooper also leads the team with 43 RBI and a .722 slugging percentage.
Cal State Northridge has struggled offensively in conference play, however. The team is only hitting .260 and has 36 strikeouts through six games.

On the mound, freshman Zoe Conley and senior Brianna Elder have been dominant. Pitching 104.1 innings, Conley has an ERA of just 1.54 and averages 7.04 strikeouts per game.

Elder has pitched 128.2 innings and has an ERA of 2.01. She also averages 7.62 strikeouts per game and has eight complete games to her credit this season. Elder and Conley have had no problem in conference play with a combined 1.64 ERA.

UCSB will begin the series this Saturday at Campus Diamond at noon.

A version of this article appeared on page 11 of April 9, 2015’s print edition of the Daily Nexus.