The Daily Nexus
Water Polo
Gauchos’ Urgency at a High as Big West Tournament Nears
April 9, 2015 at 5:03 am by Sean White 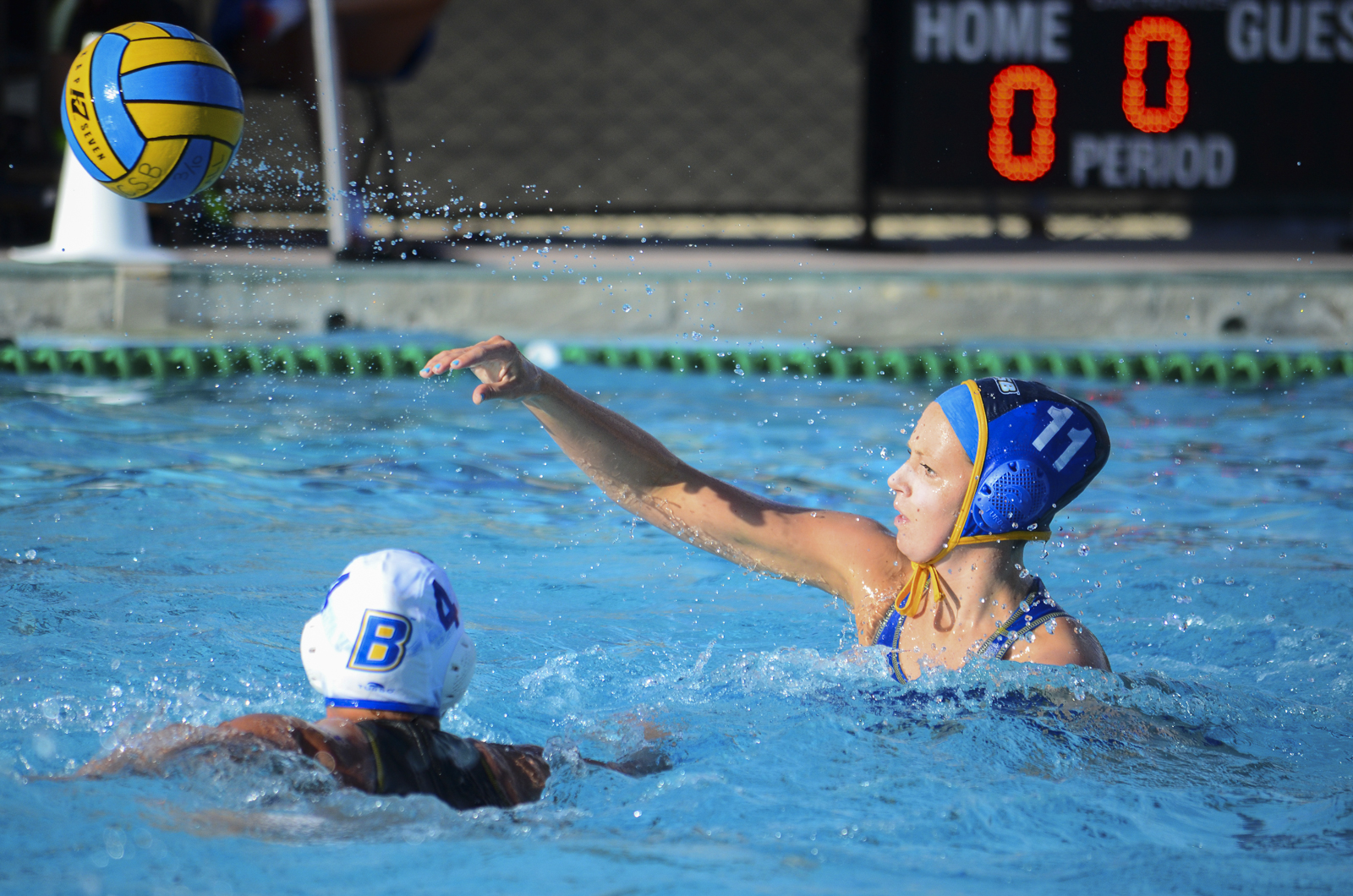 The countdown for the Big West Tournament continues to lessen as the days pass by. With just two games left until the conference tournament, the urgency to win is at its peak this season as the No. 14 UCSB women’s water polo team prepares for its last road game of the regular season.

This Saturday, UCSB will play at No. 8 Cal State Northridge in a game that holds a lot of weight within the conference standings. Currently on a two-game losing streak, Santa Barbara is looking to improve its 12-14 overall record. The Gauchos enter Northridge with a 1-2 conference record in hopes of earning a victory to possibly improve its fifth place Big West ranking.

Despite their No. 8 national ranking, the Matadors are having some troubles of their own as they are on a two-game losing skid as well. Northridge hopes to shake the losing slump in its last regular home season game, which will also be Senior Day.

CSUN is 13-10 overall with a 2-2 Big West record and holds a third-place ranking in the conference standings. Saturday will be the first meeting between the two teams this season. They last played each other in a game last season in which the Gauchos earned an 8-7 upset victory.

The stakes are high for UCSB this weekend as another loss could possibly land the Gauchos at the bottom of the conference standings. Santa Barbara needs any advantage it can find in order to escape with a win, but there is one potential disadvantage that can alter the Gauchos’ game plan.

“We’re also playing in a smaller pool, so we’re gonna kind of be out of our element,” senior utility Jade Wentz Fitzgerald said. “I think that we really need to communicate from the beginning and just talk everything through as a team. If we really come out all on the same page it should be a good game and we can hopefully win.”

However, the Gauchos will have to rely on more than just communication if they plan on winning against a team of CSUN’s caliber. Northridge has scorers and defenders that can produce on both ends of the pool.

Senior defender Kelcie Ferreira has been an all-around stud for the Matadors this season. She leads the team in steals (36) and assists (21) while ranking third in scoring with 22 goals. But it has been the play of senior center Marisa Young that has had the largest impact on CSUN’s productivity offensively.

While her team-leading 35 goals is impressive, her efficiency when shooting the ball is what makes her a dynamic playmaker. She has never scored less than 51 goals in her three seasons at CSUN and entered this season as the fourth-best in school history in total goals scored (177).

As for UCSB, so far, no single individual has stepped up to be the person that the team can turn to and expect to put on their back. It simply comes down to Santa Barbara’s willingness to leave it all in the pool.

“It’s time to execute,” Head Coach Serela Kay said. “It’s time to just play and execute what we’ve been training for. We haven’t had a game where everyone plays well, so that’s what I’d like to see.”

UCSB and Cal State Northridge are set for tip-off this Saturday at 3 p.m.