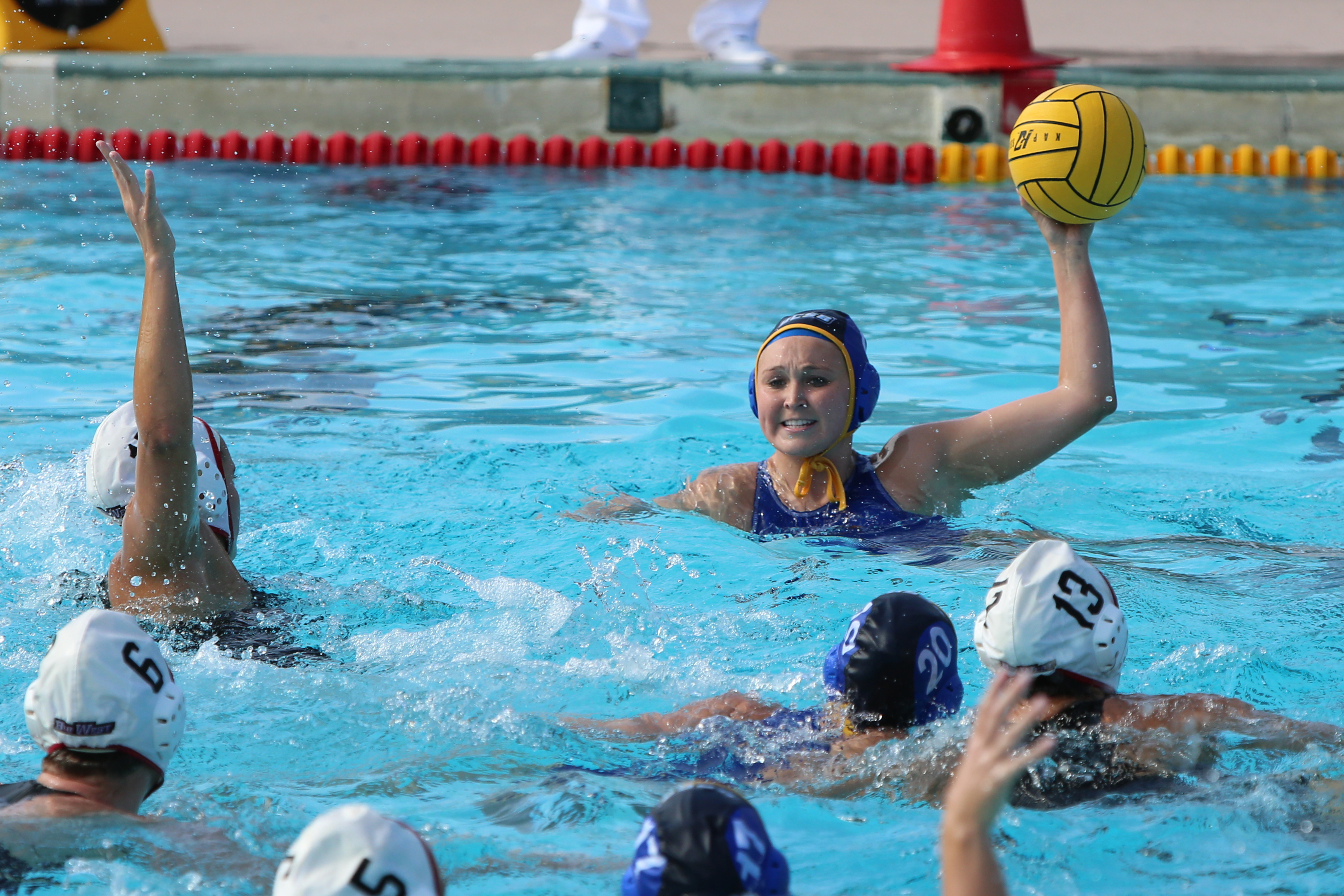 Sometimes being on your own and living an independent life can be both rewarding and overwhelming. The transition from high school to college is a life-changing experience that varies for each individual. Nonetheless, the change is like a culture shock when coming from a different state.

For junior attacker Bryn Hudson of the UCSB women’s water polo team, making the move from Oregon to California went beyond the ordinary lifestyle she was familiar with. She was born on Feb. 5, 1994 in Tualatin,Oregon, a small city with the population of just under 27,000 people. A true born and raised Oregon native, she went on and attended Tualatin High School from 2008-2012. Hudson helped win two consecutive Oregon State championships and earned various other prestigious accolades.

Just like any younger sibling does, she looked up to her older brother Lucas and gives him credit for her interest in water polo.

“I saw him playing water polo and it looked so much fun, and I ended up being pretty good at it,” Hudson said. “Around when I was 14 years old, I had a coach that really invested a lot in me and kind of took to me and made sure I was on the right path to the collegiate level.”

Her decision to leave Tualatin for UCSB seems like an obvious decision anyone would make, but is more surreal when analyzed. The out-of-state expenses, not knowing the city and its people and being one of two players on UCSB’s roster from a different state other than California are all factors that she had to consider.

“It was just kind of a feeling when I walked on campus,” Hudson said. “I saw the beach, they had my major and the girls on the team were just awesome. I was like ‘this is the school for me, this is where I want to spend the next four years of my life.’”

Still, the life of a student athlete has rarely any time for relaxing. The constant practice, traveling, games and tournaments are all tasks that make finding the balance between school and sports difficult.

Although coming to UCSB has undeniably been a great experience for Hudson, the time spent away from her family can be discouraging at times. Leaving her hometown for California has been the most challenging shift in her life. Not having the privilege to just pack up, leave and be home in a few hours is a disadvantage that occasionally takes a toll on the mind.

“I don’t get to go home for Thanksgiving or long weekends, — I stay here,” Hudson said. “It’s really hard sometimes to see my friends go off and be with their families. I think that uprooting my whole life and moving down here without anybody else really made me grow up.”

Despite not having any immediate family within the Santa Barbara area, it has been the connection with first-year Head Coach Serela Kay that has been beneficial in fully accommodating to the UCSB environment.

Similar to Hudson, Kay made the decision to attend college out-of-state to play water polo at the collegiate level. An Annapolis, Maryland native, Kay played for St. Mary’s High School but left her hometown to become a four-year starter at UCLA.

“I think our team is similar to how it was when I played. Our team is pretty tight,” Kay said. “Bryn lives with water polo players and they’re all close. That’s something that I definitely had when I was in school at UCLA. She’s got that on our team so that’s pretty cool.”

Although winning championships and being a part of a reputable sports program are aspirations that collegiate athletes desire to play for, it’s the little things that tend to have the greatest impact.

The various life lessons that sports teach athletes from their successes and failures help build character that contributes to making an impression both on and off the field.

Furthermore, water polo has become more than just a game for Hudson: it has become a vital aspect of her life that has allowed her to improve as an overall person.

“I think, more than anything, it has taught me to persevere and commit to things,” Hudson said. “There are definitely days where you wake up and you don’t feel good, you’re sick or you’re tired and you don’t want to go to practice, but you have to.”

Life beyond the pool seems like the ideal place for these learned morals to be applied. As an aquatic biology major with an education minor, teaching is a possibility in Hudson’s future. But the Gauchos’ attacker is in no rush to leave school just yet, as she has one year of school left with plans of traveling once she graduates.

Yet, the most important goal that Hudson desires to achieve is not anything that one could record on a stat sheet. Rather, being a genuine, loving individual that cares for others is a standard that comes before the game of water polo.

Occasionally, the uncertainty that comes with taking risks is just what a person needs to help them grow. While it is entertaining to watch college athletes and enjoy their talents, it is often more gratifying to appreciate their existence off the field.

A version of this article appeared on page 13 of April 9, 2015’s print edition of the Daily Nexus.