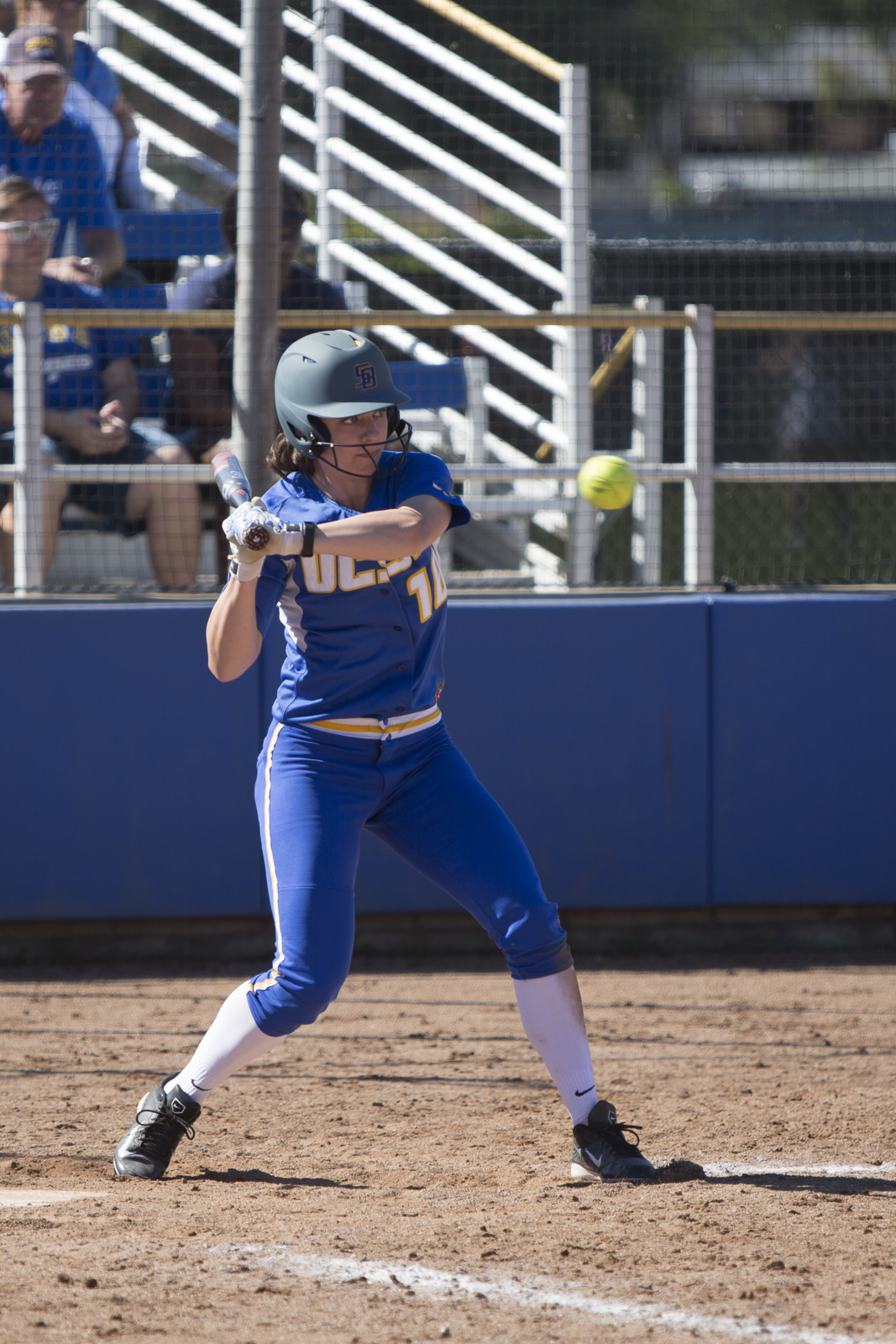 The UCSB softball team will get a short break from conference play as it hosts San Diego in a double header this Tuesday.

Santa Barbara comes into the contest with an overall record of 12-22 and a conference record of 1-2. San Diego will enter with an impressive 21-14 overall record and the team is currently riding a six game win streak having not lost since March 14th.

The Gauchos went a disappointing 1-2 over last weekend’s conference opener against Cal State Fullerton. Yet prior to that, steady improvement had been the story as UCSB put together a 5-1 record over their previous six games.

In those five wins, the Gauchos outscored their opponents by a combined score of 27-10 and easily played their best softball of the season. In the Santa Clara Round Robin tournament, which produced three of those five wins, the team hit .353 with a .941 slugging percentage.

Despite the setback this weekend, the Gauchos will still enter Tuesday’s contests with some hot hitters. Junior infielder Arianna Palomares is currently batting a team leading .409 and has 23 RBI to her credit this season.

Also adding to the offensive firepower is junior catcher MeShalon Moore and senior utility player Shelby Wisdom. Moore is hitting .362 and this season and her .419 on base percentage has led her to a team leading 24 runs scored.

While Wisdom retired from pitching this season, she has been making a lot of noise with her bat. While only hitting .294, she leads the team with a .600 slugging percentage and 25 RBI to her credit.

The rest of the offense for the Gauchos has been producing as well. As a team, UCSB is currently hitting .313 with an on-base percentage of .393. This stellar on-base percentage is due in part to the team’s impressive 97 walks this season.

While pitching has improved of late, the Gauchos still find their weakness to be on the mound. The team currently boasts 6.12 ERA and has given up a combined 24 home runs this season. Last weekend, UCSB gave up 29 runs in three games.

Junior Alex Pingree leads the team with 6 wins and holds a team low 4.96 ERA. Freshman Lena Mayer has shown improvement on the mound as she now holds a record of 4-3 over 43.1 innings pitched.

Statistics will be on the UCSB’s side this Tuesday as San Diego is only 4-13 all-time against the Gauchos. However, San Diego enters this double header with all the momentum.

In the past eight contests, San Diego has given up only eight runs and has lowered their team ERA to 2.77 on the season. They have also tallied three shutouts in their past five games.

While runs may be tough to come by, the Gauchos will also have to deal with some potent offense. In their six game win streak, San Diego has outscored their opponents 18-5. Freshman infielder Frankie Perales leads the team with a .377 batting average over 61 at-bats this season.

The first pitch of this double header will take place tomorrow at 1:00 p.m. at Campus Diamond.