The Daily Nexus
Sports
UCSB Drops Two to CSUF in Big West Opening Weekend
March 30, 2015 at 5:03 am by Martin Cobos 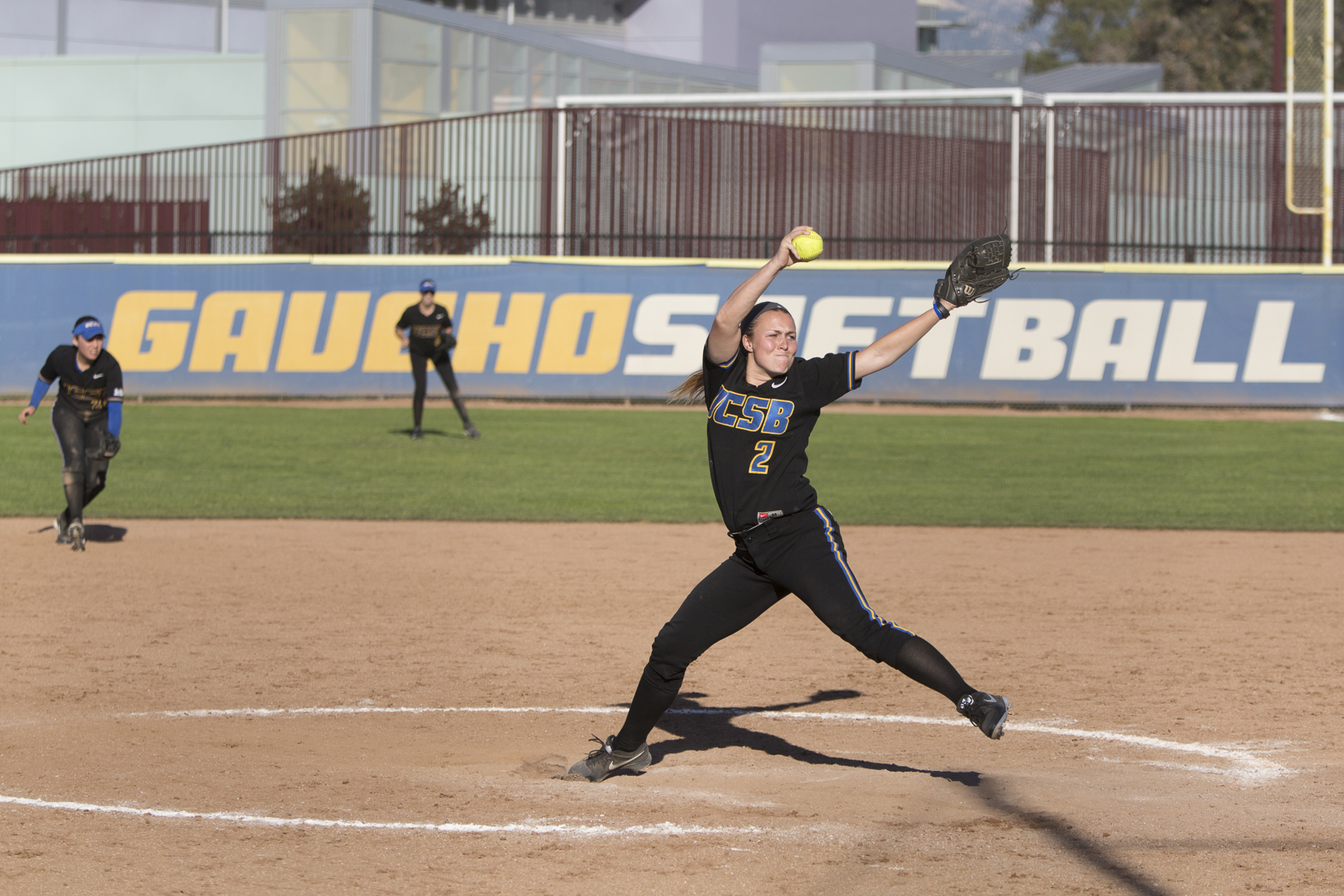 The UCSB softball team got its first taste of conference play this weekend, going 1–2 against Cal State Fullerton.

On Saturday, the Gauchos kicked off the three-game series with an 8–6 win. UCSB dropped the final two games as they lost 8–4 in Saturday’s late game and lost 15–5 on Sunday.

UCSB ended the weekend with a game that quickly slipped away in the late innings. After a 4–4 tie heading into the fourth inning, Fullerton put up 11 runs to crush any hopes of a Gaucho victory.

Fullerton tallied 18 hits on 31 at-bats including two walks. For the Gauchos, junior catcher MeShalon Moore had a fantastic game, going 2–2 with one RBI and two runs to her credit. Moore is hitting .362 this season with 23 RBI and 24 runs scored.

The Gauchos ran into trouble during the latter game on Saturday, as they once again could simply not stop Fullerton’s late surge of offense. The game was tied at 1–1 through the first three innings before UCSB took a 2–1 lead heading into the fifth.

UCSB began the weekend strong notching a comeback victory with key late runs. Fullerton jumped out to an early 5–1 lead in the top of the third, but the Gauchos would keep it close by scoring two runs in the bottom of the third.

Facing a 6–3 deficit in the fifth, Moore hit an RBI double and a fielding error by Cal State Fullerton cut the lead to just one. The Gauchos would seal the victory in the bottom of the sixth as junior infielder Arianna Palomares hit a two-RBI double in a three-run sixth inning.

Freshman pitcher Lena Mayer picked up her fourth win of the season allowing just one earned run in five innings pitched. The loss was charged to Antunez as she gave up three earned runs in one inning pitched.

The Gauchos will face San Diego at home this Tuesday at 1 p.m.