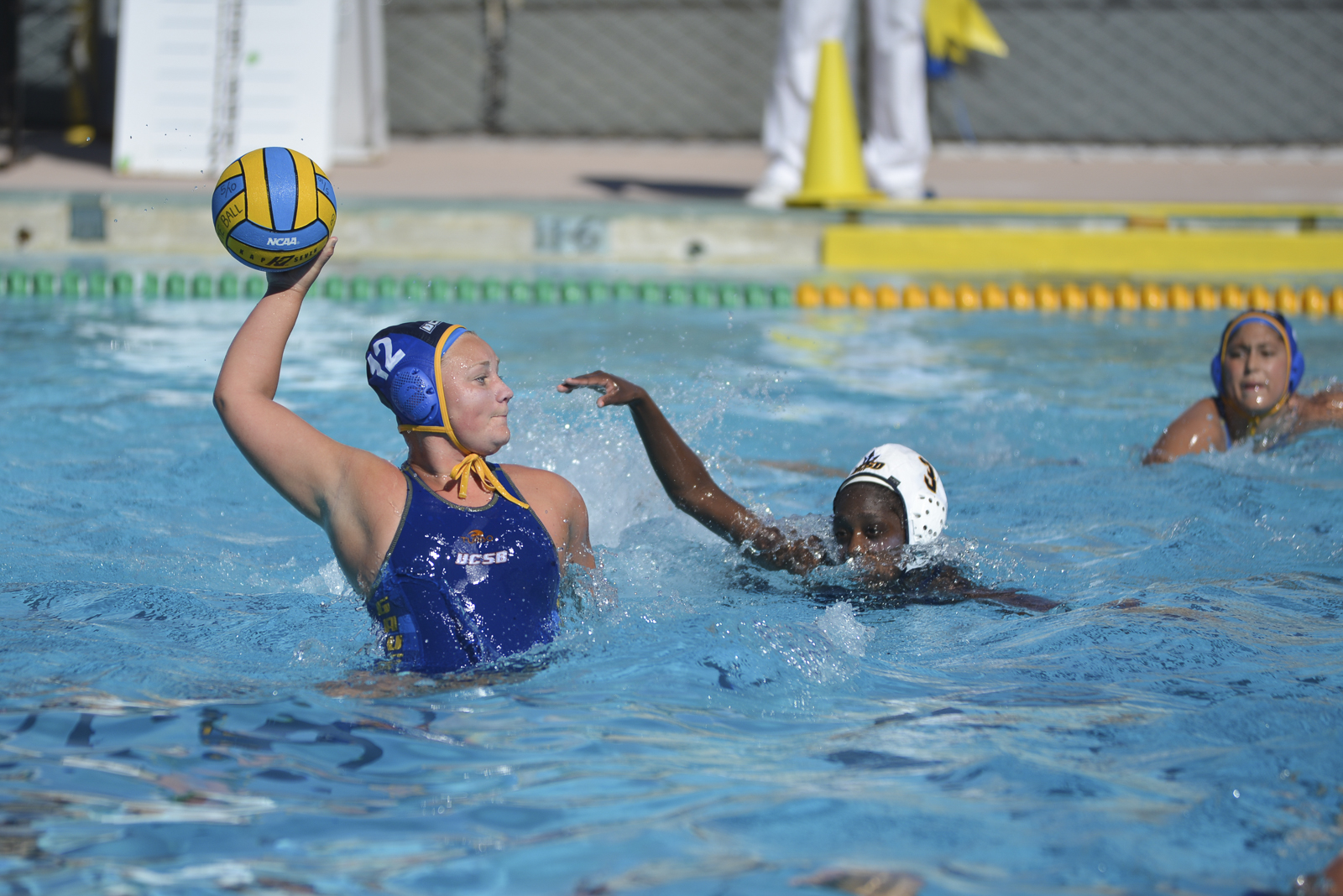 There’s no time for distractions as the No. 17 UCSB women’s water polo team, at 9-11 overall, prepares for a five-game road stretch. Most importantly, the team’s first conference game of the season is this Friday at No. 10 UC Davis.

Various players have stepped up for UCSB all season, but the Gauchos’ most impressive quality has been their growth as a team. So far this season Santa Barbara has played a total of 20 games, the largest amount of games played within the Big West conference.

Playing such an extensive amount of games may seem strenuous on the team’s performance, but UCSB continues to learn from its mistakes and improve as the season progresses.

“We could have gone up and just played the conference game and come back home,” Head Coach Serela Kay said, “but one of the reasons that we’re staying to pick up three extra games … is it’s another opportunity for us to put the pieces together as a team for the end of the season.”

UCSB will begin its week early with a Friday game against UC Davis. The Aggies are currently 8-8 overall and hope to get over the neutral hump with a win against its conference rival.

Santa Barbara will spend its weekend in Davis to participate in the 2015 Aggie Shootout. First on UCSB’s Saturday tournament schedule is a pair of rematches against No. 19 Santa Clara and No. 14 Pacific.

At 11-5 overall, the Broncos’ hope to extend their four-game winning streak. Although Santa Clara enters this weekend with more to show in the wins column, UCSB maintains the bragging rights of beating the Broncos 10-5 earlier this season.
Following the morning match is an afternoon duel with Pacific. The Tigers are 4-5 overall and have not played a game since defeating UCSB 8-4 on Feb. 22.

Another 34 shot attempt game cannot happen if the Gauchos’ plan on scoring against the Tigers’ dominant defense. Pacific ended the game with a total of 19 saves, limiting UCSB’s scoring options. In order for UCSB to score points, the team must communicate and strategically attack to create efficient shot selection.

“We’ve been talking a lot about communicating,” sophomore attacker Taylor Shore said. “We’ve had a lot of new offenses and defenses with our new coach, but I think it’s starting to come all together.”

UCSB opens day two of the tournament facing No. 17 Wagner in hopes of breaking the ranking tie. The Seahawks are just 6-2 overall but have some quality wins against No. 15 Long Beach State, Marist College and Hartwick College.
In spite of the surplus of games, the Gauchos players are fully behind their coach’s decision in increasing the team’s workload.

“To have played so many games as a team, the difference between five weeks ago and now is crazy,” freshman utility Elizabeth Hendrix said. “We’ve grown together and it helps a lot playing against different people.”

Friday’s conference opener at UC Davis starts at 4 p.m., while Saturday’s doubleheader starts at 11:15 a.m. versus Santa Clara and 3:30 p.m. against Pacific. The Gauchos’ end the weekend off with a 9 a.m. match against Wagner.