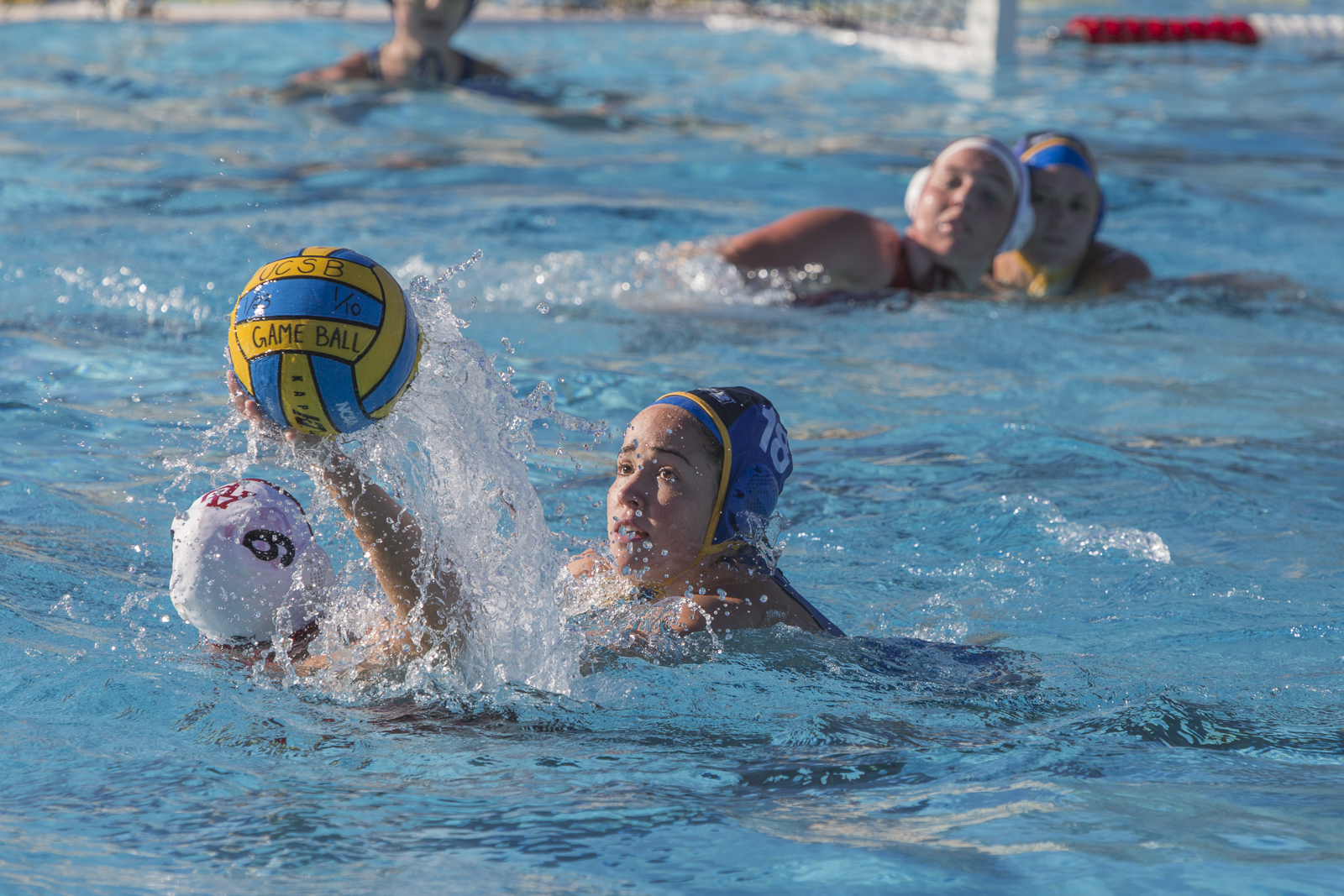 The No. 18 UCSB women’s water polo team is now 8-10 overall after its 1-3 performance in the UC Irvine Invitational.

Santa Barbara earned its only win against No. 16 UC San Diego, giving the team its first win against a ranked opponent this season. However, the Gauchos’ ongoing setbacks of trailing at halftime and their inability to score resulted in a trio of losses against No. 3 USC, No. 10 San Diego State and No. 19 Pacific.

Santa Barbara began its series of games with a match against USC. The Trojans defeated UCSB 11-3 and are now 13-1 overall. Despite recording 11 saves, junior goalkeeper Mackenzie Brokaw and the rest of the Gauchos’ defense was unable to stop USC’s aggressive offensive attack.

USC went on to dominate the Gauchos’ defense, scoring three goals in the first period and adding two more scores in the second to take a 5-1 lead at halftime.

The Trojans’ assertive attack continued into the second half as it scored six more goals over the span of the third and fourth periods. Senior two-meter Eike Daube recorded a hat trick to lead USC in scoring while senior driver Monica Vavic scored a pair of goals as well.

Sustaining her sensational performance from the Fresno Pacific Tournament, junior utility Samantha Murphy was UCSB’s only scorer. Despite earning a hat trick, Murphy’s lone performance was not enough.

The loss led to UCSB facing San Diego State for the third time this season. Prior to the matchup, the Aztecs lost 6-3 to No. 6 Arizona State. But the loss had no effect on SDSU’s production in its 7-4 victory over Santa Barbara.

For a second consecutive game, the Gauchos found themselves behind early and were down 5-1 at the end of the half. Four different players managed to put UCSB on the scoreboard, but the team’s inability to prevent SDSU from scoring allowed the Aztecs to control the game’s tempo.

In spite of a disappointing performance in day one of the invitational, UCSB redeemed itself with an 8-7 win against UC San Diego. It was a tough collective effort by UCSB as six different players on the Gauchos roster scored. Sophomore attacker Taylor Shore led Santa Barbara in scoring with three goals.

A power play goal by sophomore attacker Jenna Solberg in the fourth period gave UCSB a comfortable 8-5 lead as the third quarter came to a close. But the Tritons did not concede defeat despite facing a three point deficit entering the fourth period.

UCSD’s quick rally to cut UCSB’s lead to 8-7 with 2:02 left in the game threatened the Gauchos chances of winning, yet Santa Barbara managed to sustain its victory.

UCSB concluded the UC Irvine Invitational with an 8-4 loss to Pacific. The Tigers improved their overall record to 4-5.

Looking ahead, the Gauchos return to Santa Barbara for their first time since hosting the UCSB Winter Invitational. On March 1, a rematch between UCSB and UCSD will tip-off at 9:30 a.m. followed by a 4 p.m. afternoon meeting versus CSU Bakersfield.