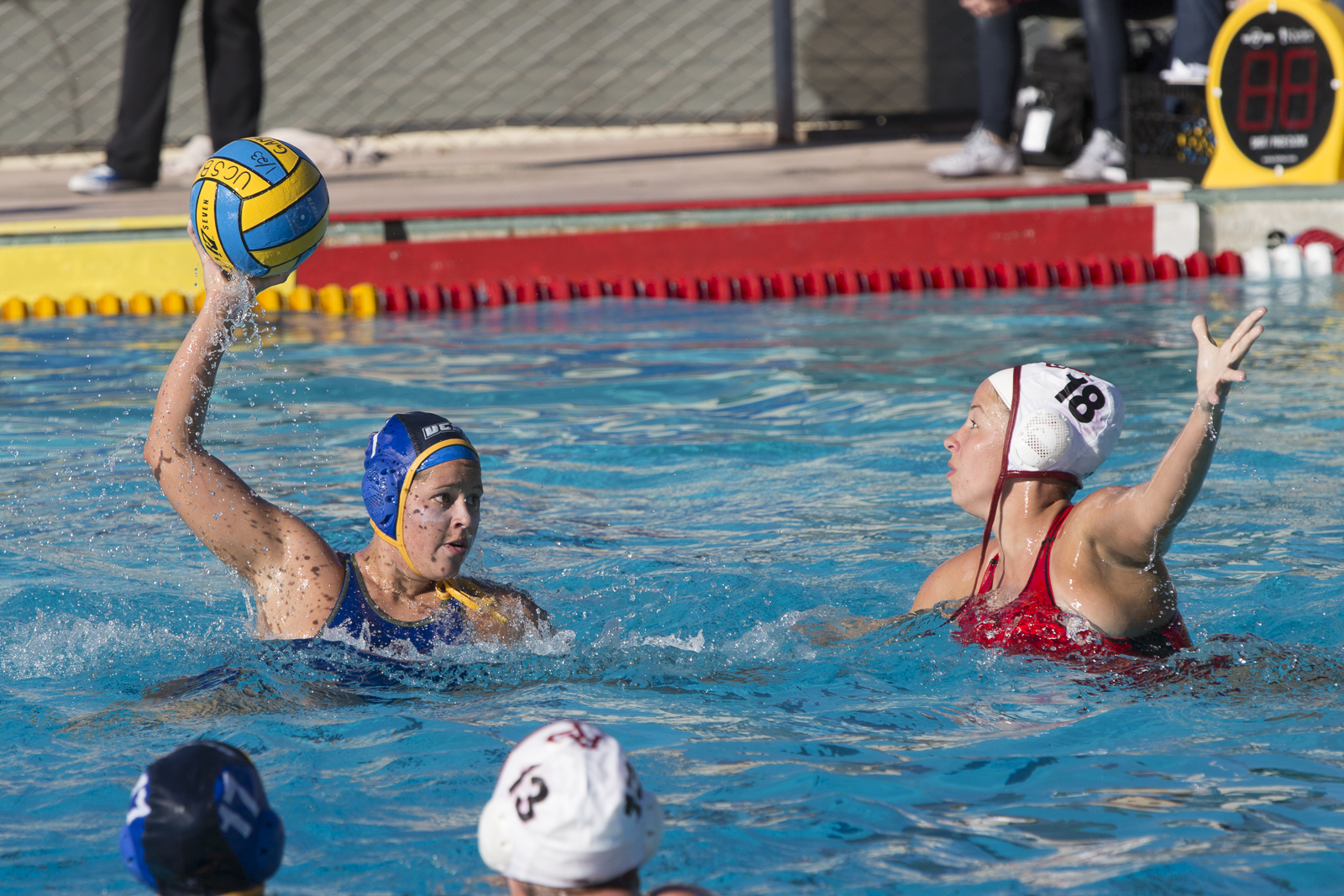 The No. 18 UCSB women’s water polo team prepares for its toughest games of the season heading into the UC Irvine Invitational.

UCSB will enter this weekend with a 7-7 overall record, hoping to shock the nation as it will be the underdog in each of its games.

A total of 16 teams will participate in this weekend’s event, placing Santa Barbara in “Group C” along with other teams such as No. 3 USC, No. 6 Arizona State and No. 10 San Diego State.

The Gauchos’ first day of competition begins with a Saturday morning matchup against undefeated USC. After finishing last season ranked No. 3 in the nation, the Trojans’ 10-0 overall record supports their continued prominence.

Defending and containing USC’s explosive offense will be the Gauchos’ most difficult task. They face a Trojans offense that has put up 30 plus points in four games this season, most recently in its last three games.

Leading the Trojans’ dynamic offensive attack is senior driver Monica Vavic. She ranks seventh all-time in scoring at USC and leads the team with 50 goals this season. Vavic also ranks second on the team in multi-goal games with nine.

But don’t count UCSB out just yet as it has some firepower of its own. Junior utility Samantha Murphy scored a total of five goals in the Fresno Pacific Tournament and ranks second on the team in scoring with 20 goals this season.

As of lately freshman utility Camila Schafer has been quiet. Despite leading the team in scoring with 21 total goals, Schafer has not been as effective since her season debut. As one of UCSB’s best playmakers, she strengthens the Gauchos’ offensive attack and can improve their odds of winning this Saturday.

Although UCSB has struggled with closing out games in the fourth period and having to play from behind, it continues to learn from its in-game mistakes.

Depending on the outcome of Saturday’s game, Santa Barbara will play another match later that evening. A win will place the Gauchos in a match against the winner of Arizona State and San Diego State, while a loss will have UCSB play the loser.

The Sun Devils look to improve their 9-1 overall record against the 5-3 overall Aztecs; the two teams meet following UCSB’s game at 11:45 a.m. Despite losing to San Diego State and Arizona State this season, Santa Barbara is capable of defeating each team.

“I’ve been really big on trusting the process so far this season,” Kay said. “We still have about nine weeks left which is a lot of time and something that I believe is important is to face adversity now to prepare us in the end.”

UCSB takes on USC as the third game of the UCI Invitational starting at 10:30 a.m. With a win, Santa Barbara will advance to a 4 p.m. matchup, but a loss lands UCSB with its last game at 5:15 p.m.

A version of this article appeared on page 13 of February 19, 2015’s print edition of the Daily Nexus.