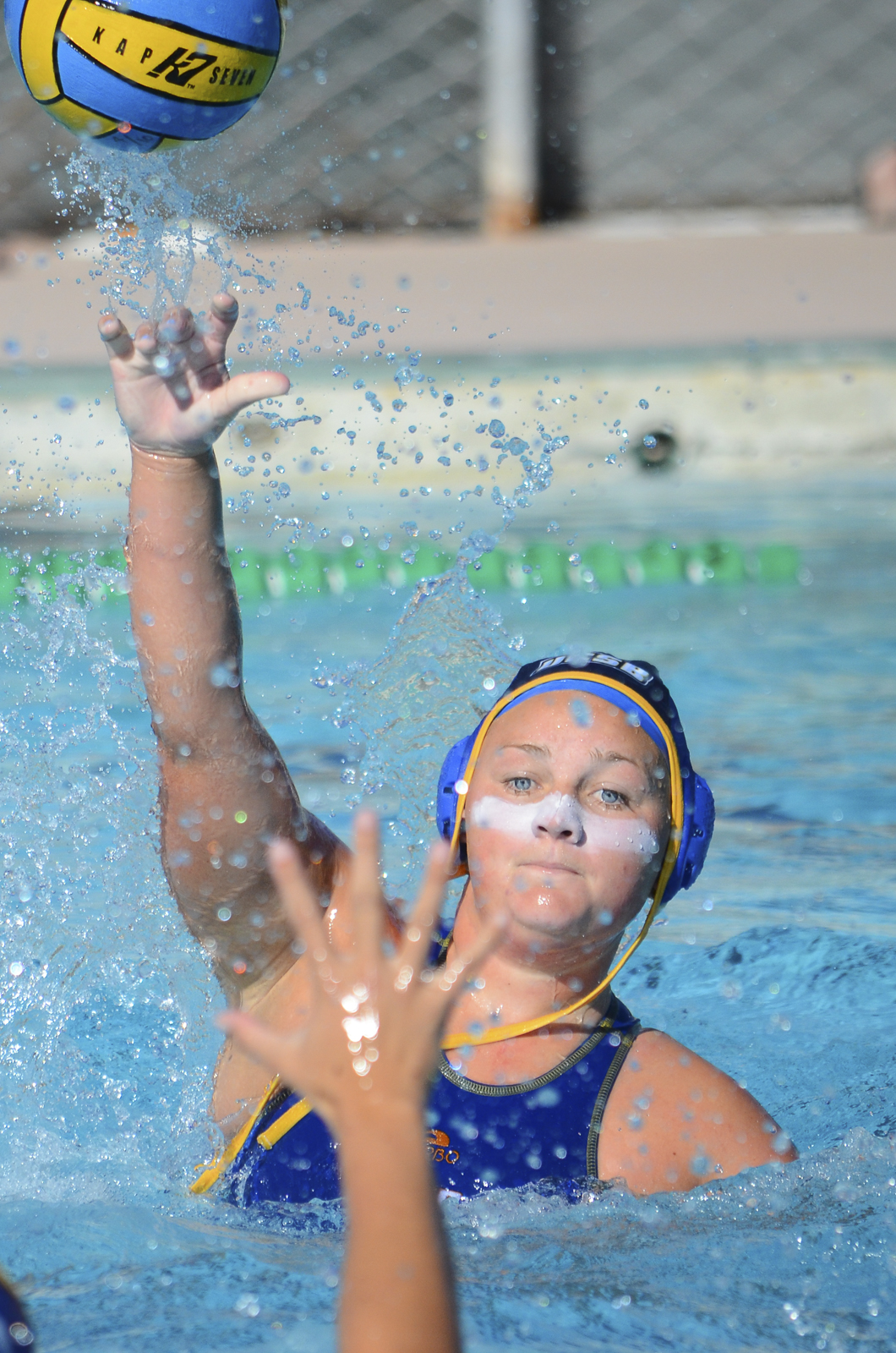 Utility Elizabeth Hendrix passes the ball to a teammate in a match against Loyola Marymount. Christina DeMarzo/Daily Nexus

For the first time this season, No. 14 UCSB women’s water polo team will be playing on the road tomorrow in hopes of ending its two-game losing streak.

The Gauchos are currently 2–4 overall and will participate in two tournament events this weekend.

First, UCSB will play in the Lancer-Mini-Tournament against Pomona-Pitzer. Later on that evening, Santa Barbara will travel to Riverside to face Whittier College in the Cal Baptist Invitational.

Despite a subpar performance in the UCSB Winter Invitational, the Gauchos have accepted their losses and went right back to the drawing board. UCSB views its rough start as a step of progress in the team’s development.

“I think something that we’re changing our focus on is attacking right from the first whistle when the first sprint goes, rather than waiting to see what happens,” Head Coach Serela Kay said.

Saturday’s matchups can be a great opportunity for freshman utility Camila Schafer to continue her tremendous production from last weekend. Schafer has a team-leading twelve total goals and earned her first career Big West Athlete of the Week award.

“It’s definitely amazing that I got to play as much as I did play,” Schafer said. “Transitioning from club water polo to collegiate water polo was a little bit hard in the beginning, but I seemed to figure it all out.”

Nonetheless, the leadership of junior utility Jessie Porter as one of UCSB’s few experienced players is critical in ensuring the team doesn’t allow for its losses to diminish its confidence.

“I kind of view myself as just helping everybody out,” Porter said. “We had some tough losses last weekend and I think it’s a good thing because it was early in the season, so we are able to learn from our mistakes.”

Pomona-Pitzer finished last season with a 23-14 overall record and were 10-1 in SCIAC play. The Sagehens nearly ended the 2014 season with a nine-game winning streak, but fell short to UCSD, losing 13-9.

For Whittier, sophomore lefty Jenel Rivera and junior attacker Cynthia Castillo are the team’s impact players. As a freshman, Rivera earned Newcomer of the Year and first team all-SCIAC honors. She tied the Athenas single-season scoring mark with eighty-one goals and broke a single-season assist record with seventy-five.

Castillo had a team-high 115 drawn ejections last season. Her ability to create opportunities for her team by drawing fouls on opponents is a game-changer that makes any opposing player vulnerable.

The Gauchos’ challenging start to the season may be advantageous against their two opponents as both Pomona-Pitzer and Whittier College have yet to play a game in 2015.

UCSB faces Pomona-Pitzer at 12:45 p.m. and will end Saturday with a game against Whittier College starting at 5:45 p.m.