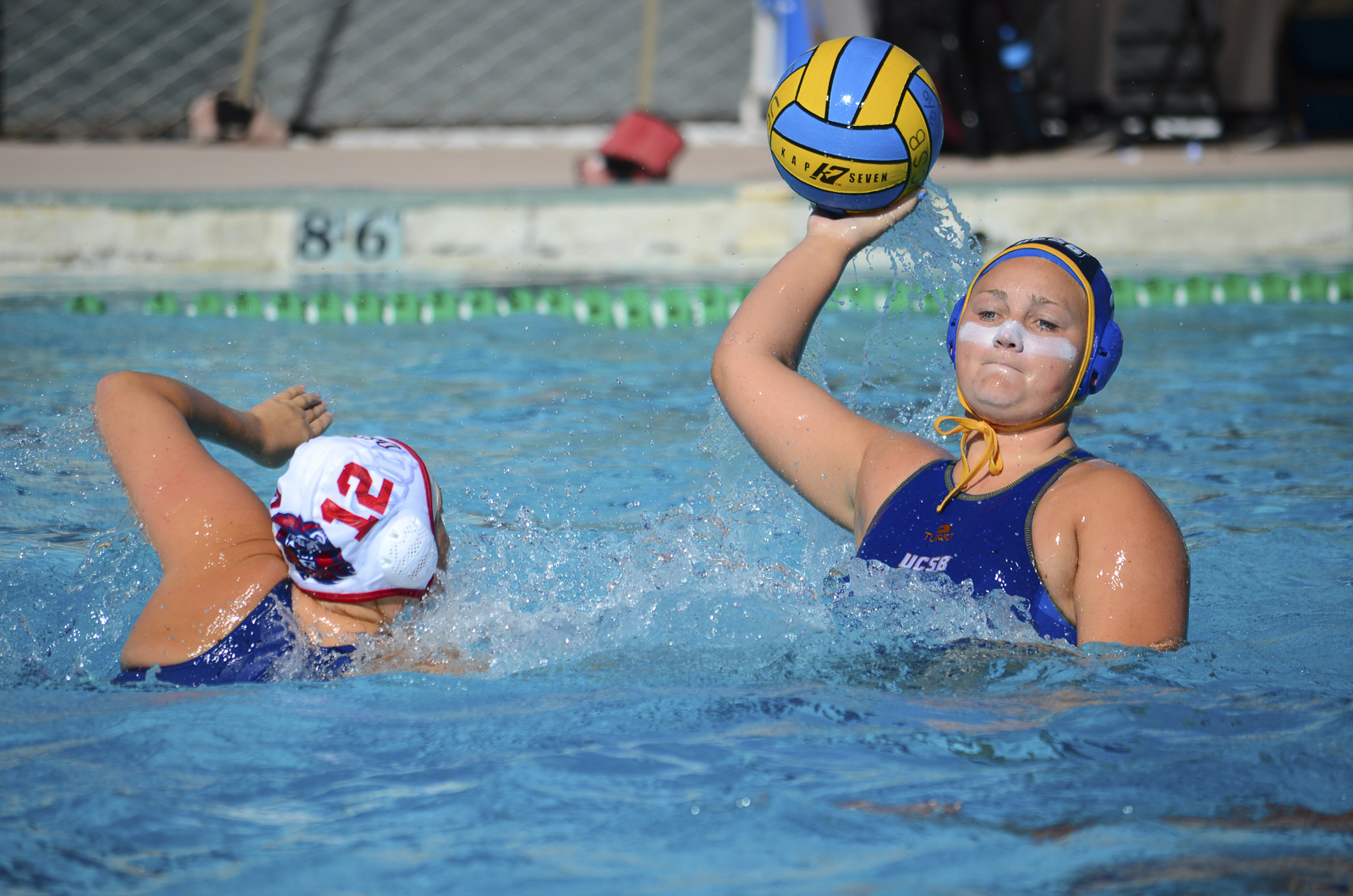 Although UCSB women’s water polo ended the Winter Invitational with a 2-4 overall record, the No. 14 Gauchos have a convincing chance to contend this season after this past weekend.

Azusa Pacific proved to be no match for Santa Barbara’s outstanding play at both ends of the pool in the first game of the season Friday. Sophomore attacker Brenna Thomas scored the Gauchos’ first goal of the season with 3:45 left in the game’s first period.

Later that afternoon, UCSB played No. 17 Michigan in a game that went down to the wire. In just her second collegiate game, Schafer led Santa Barbara in scoring with another three-goal performance.

Although the Wolverines outscored the Gauchos in three of four periods, UCSB’s six goals in the second half ignited a possible comeback. However, Michigan’s clutch play in the fourth period earned the team a 10-8 victory. Junior attacker Ali Thomason sealed the Wolverines win, scoring a five-meter penalty shot late in the game.

UCSB hoped to bounce back Saturday from its previous loss but could not contain the outstanding play of No. 2 UCLA. The Gauchos faced a stingy Bruin defense led by senior goalkeeper Sami Hill. The Santa Barbara native became UCLA’s all-time saves leader as she recorded eight saves in the Bruins 20-8 win over UCSB.

In spite of losing back-to-back games, Santa Barbara continued to execute with great diligence. UCSB’s short-term mentality was advantageous in its 21-1 rout of Claremont–Mudd–Scripps. Senior utility Jade Wentz Fitzgerald led the Gauchos to victory with three consecutive goals in the second period.

Schafer had two scores as well, making her the Gauchos team leader in total goals this season.

“She’s a stud. I’m really happy that I got here at the same time she got here,” Head Coach Serela Kay said. “It’s a moving part to her being a new face and learning to work with the girls that have already been here.”

Still, the inexperience of young players on UCSB’s roster was costly in the second half of games as Santa Barbara ended the tournament with consecutive losses. UCSB’s first match on Sunday resulted in a 10-9 quadruple overtime loss to No. 16 Loyola Marymount.

The Gauchos last match was against No. 5 Arizona State. UCSB was able to compete with the Sun Devils for the game’s first three quarters and earned a 6-5 lead heading into the fourth period.

However, the Gauchos gave up six goals in under three minutes during the fourth period, enabling Arizona State to emerge for the 12-7 victory.

“To be honest I’m happy with the weekend overall,” Kay said. “I think we’re someone you’ve gotta keep an eye on because we’re gonna keep getting better.”

This Saturday, UCSB will play aginst Pomona-Pitzer in the Lancer Mini-Tournament at 12:45 p.m. Then the team will travel to Riverside to participate in the Cal Baptist Invitational to play Whittier at 5:45 p.m.