The Daily Nexus
On the Menu
UCensation Attracts Students with Free Smells, Sounds and Samples
October 29, 2014 at 5:45 pm by Allison Wright

Whether under the guise of a free pair of Beats headphones, lured by the somewhat misleading suggestion of free food or simply following the lazy syncopated beats of ska, students trailed to the Lagoon Lawn today to partake in UCensation 2014. Some wandered to the event in between classes, laden with backpacks and textbooks, while others came to even their tans and try their luck in carnival style games and rock-climbing. Comprised of cheap burgers, a pumpkin carving contest, photo booth and free samples, the event served as a convenient stress reliever for midterms.

Originally scheduled for May 28 during Spring quarter, the original UCensation was canceled in the wake of the Isla Vista shootings that occurred the preceding weekend. Despite the event’s initial struggles, the October reincarnation didn’t miss a beat. With local band The Olés taking center stage, vendors such as Zapps Potato Chips and Santa Barbara’s own SB Bars provided free samples while members of the UCen staff offered free ice cream sandwiches and bottles of Coca-Cola. If you were unable to obtain a $2 burger or sip on a sample of chilled Guayaki Mate, maybe a series of photographs will make up for the loss. If you still want a taste, most of the items offered at UCensation can be purchased at The Arbor. 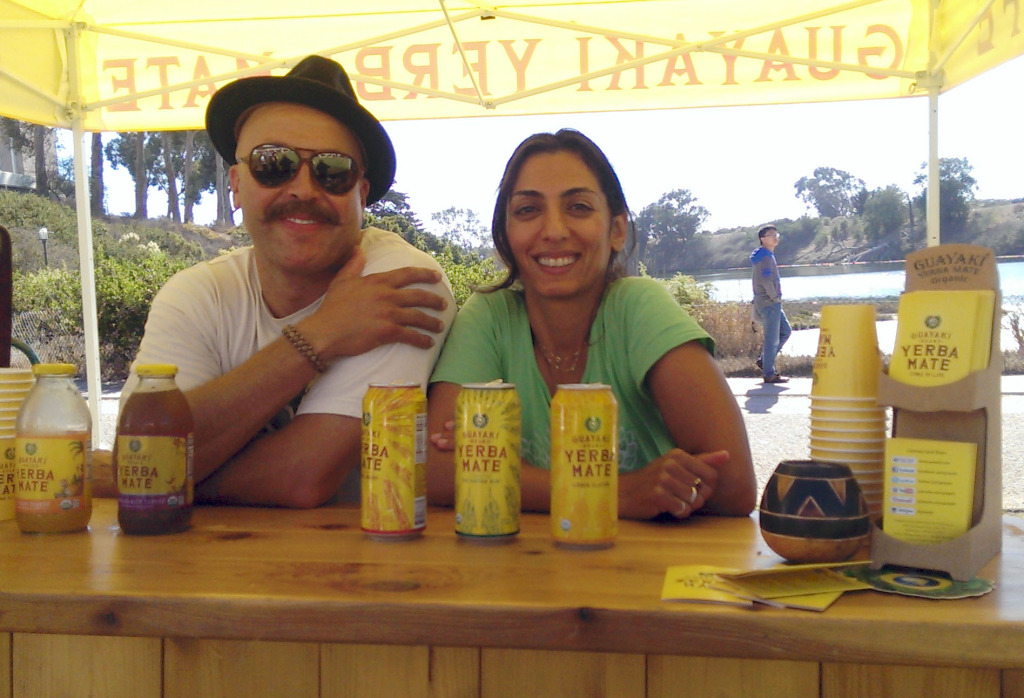 Ana and Miguel pour seemingly endless samples of Mate, a tea-like beverage hailing from Argentina. With bottles of both sweetened and unsweetened terere alongside cans of a newer carbonated variety, (which I suspect Guayaki aims at energy drink addicts), the duo provided the ultimate thirst quencher to counter-act the hot sun. Naturally caffeinated, albeit with a somewhat bitter, acquired taste, the organic drink creates a crash-free mental clarity and can be drank hot or cold. Before I moved on to the next tent, Miguel passed me a gourd furnished with a slim, silver bombilla and packed with the loose leaves of the rainforest Holly Plant. I took a few sips before passing it off to Ana, feeling like a real Argentinian. Allison Wright/Daily Nexus 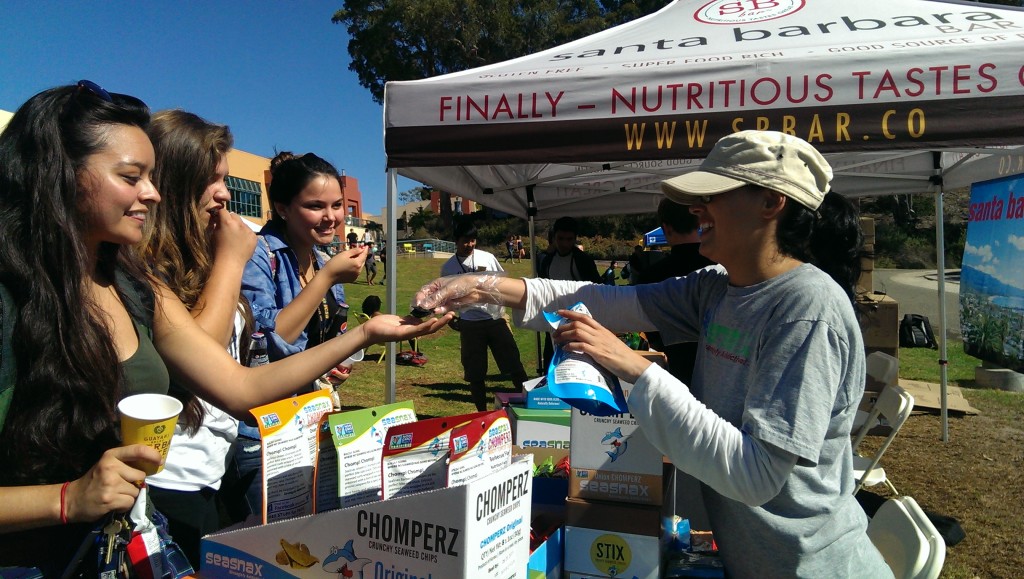 The popular and healthy snack brand Seasnax makes an appearance. Samples of the familiar seaweed sheets were available along with their newer provisions: seaweed based “stix” and chips. While many opted for the former, I went for the chips. In reality, the snacks are basically curls of seaweed coated in a crisp, bubbly rice coating, which reminds me of veggie chips. Perhaps not as low-cal as their predecessors, the chips of the sea will no doubt help me stay afloat during midterms. Allison Wright/Daily Nexus 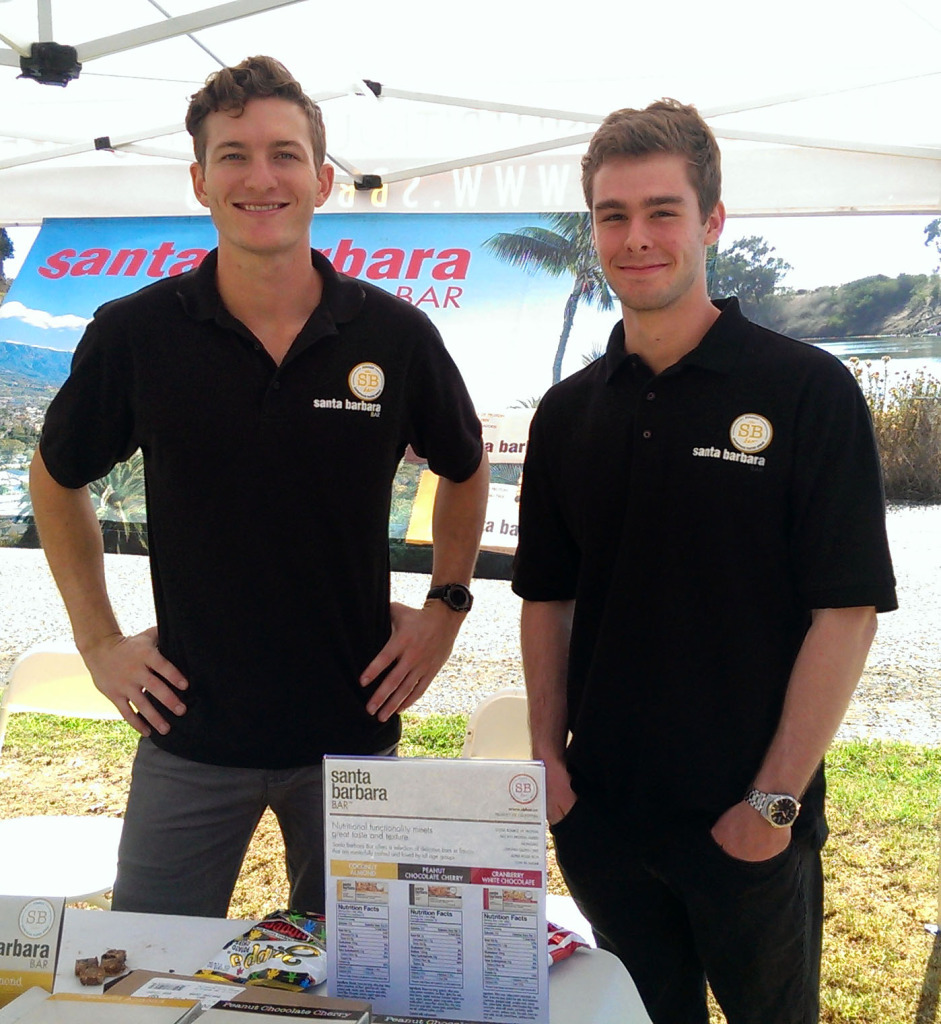 Two members of the SB Bar team give out samples of the locally developed and produced energy bar. When asked how the simply packaged snack compares to Kind, the knowledgeable lads informed their inquisitors that the SB Bar trumps the competition in 7 out of 11 nutritional categories. I remained skeptical, since brown rice syrup shows up second on the ingredients list. But at the same time, the bars boast a hearty combination of seeds, no refined sugar and 8g of protein each. While by no means as diverse as Kind, the SB Bar’s Peanut Butter Chocolate Cherry, White Chocolate Cranberry and Coconut Almond flavors may suffice as healthy alternatives. Allison Wright/Allison Wright 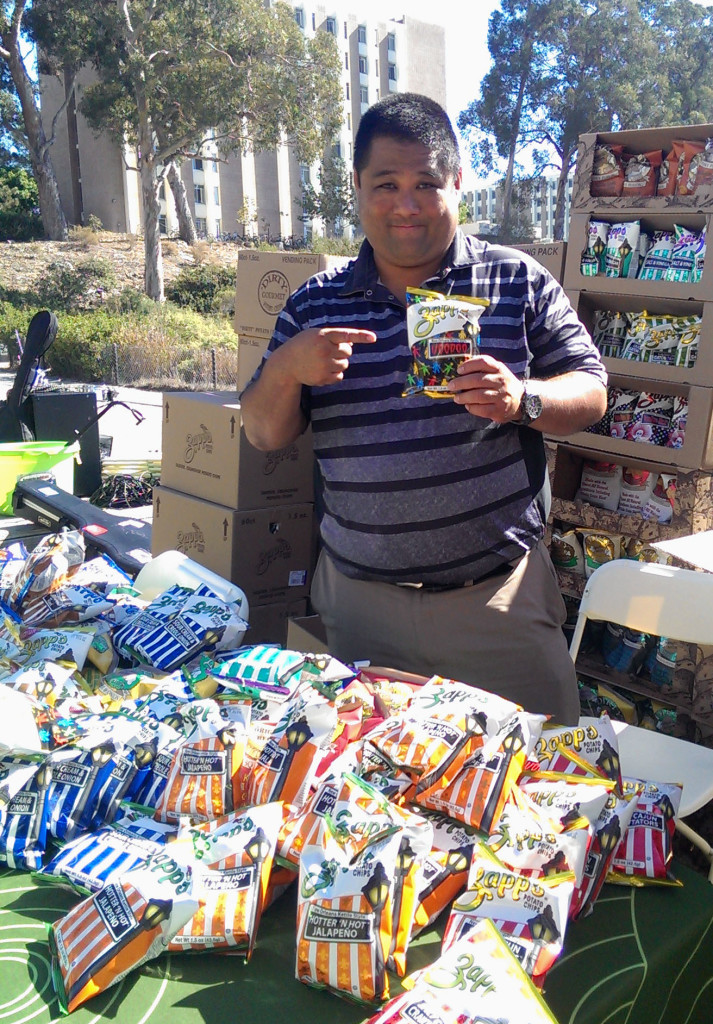 Keith, a seasoned sales representative for Zapps Potato Chips, models the brand’s signature chip. Kettle cooked in Louisiana, Zapps has garnered regional popularity in the south but wants to expand west. Shaded by his tower of chip cases, the vendor described what makes Zapps and their “natural” subsidiary Dirty’s different. “We don’t wash off the starch — it makes them really crispy and you can still taste the potato!” Keith popped open a bag of Cajun style “Voodoo,” which was voted the most unusual potato chip in America. Tangy on the tongue, the thinly sliced bite began like a BBQ chip but finished with hints of sour cream and onion. Unusual? Yes. Delicious? Most Certainly. Allison Wright/Daily Nexus 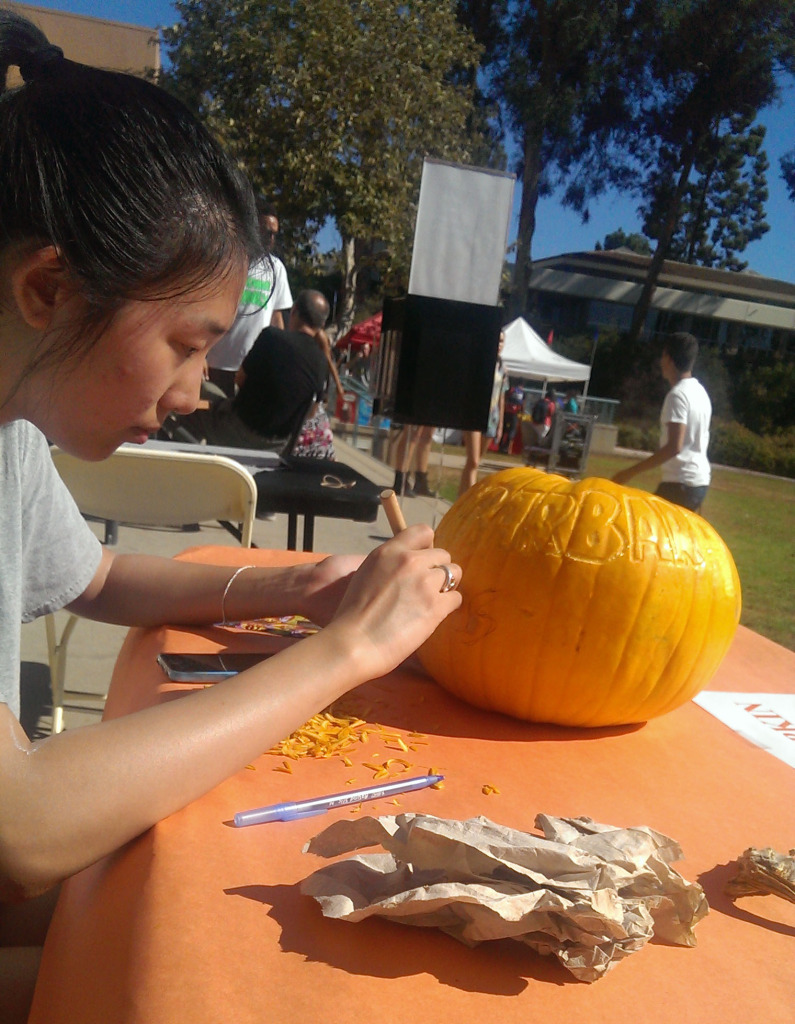 A contestant carves out a Santa Barbara-themed design. Her finessed contribution faces fierce competition from the likes of mustachioed jack-o’-lanterns and the perennial puking pumpkin. Vomit may be a bit too relevant for gauchos, especially in light of the University’s campaigning for a safe Halloween, so I crossed my fingers for some UCSB pride. Allison Wright/Daily Nexus 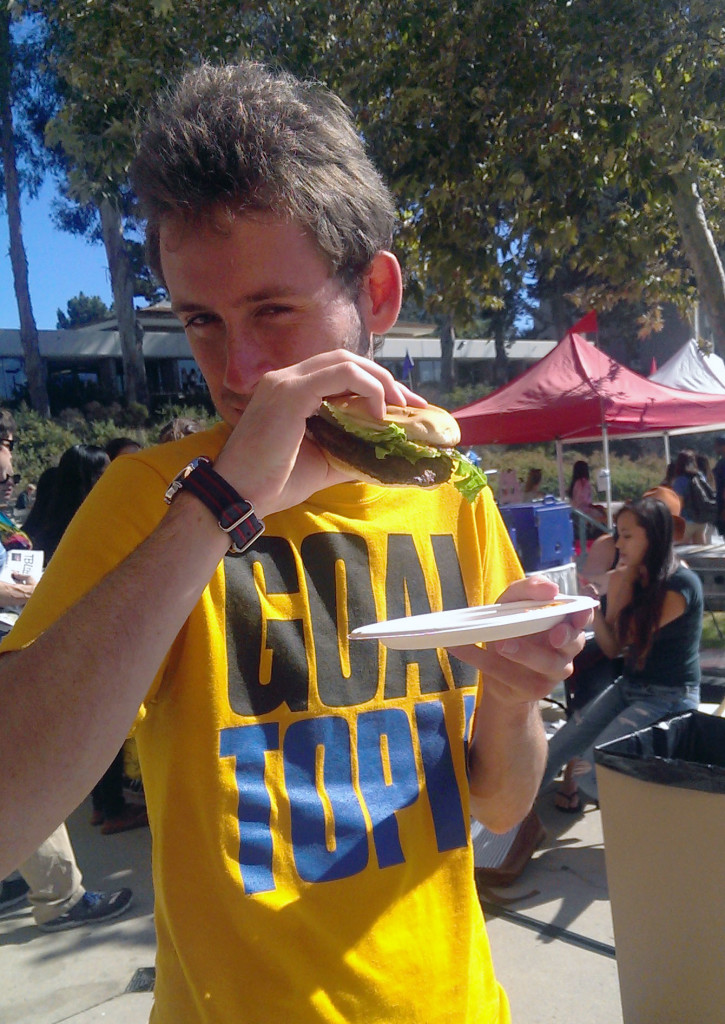 Fellow Nexite Peter enjoys a two buck burger, calling it “cold but good.” Members of The Arbor grilled and served hamburgers and veggie burgers throughout the event. While they failed to approach the succulent merit of a Habit burger, they still hit the spot. Allison Wright/Daily Nexus