The conclusion of the largest higher education strike of all time that occurred last month achieved higher wages and improved benefits for the University of California’s graduate students but left some questioning if their union could have pushed the effort further to garner greater concessions. 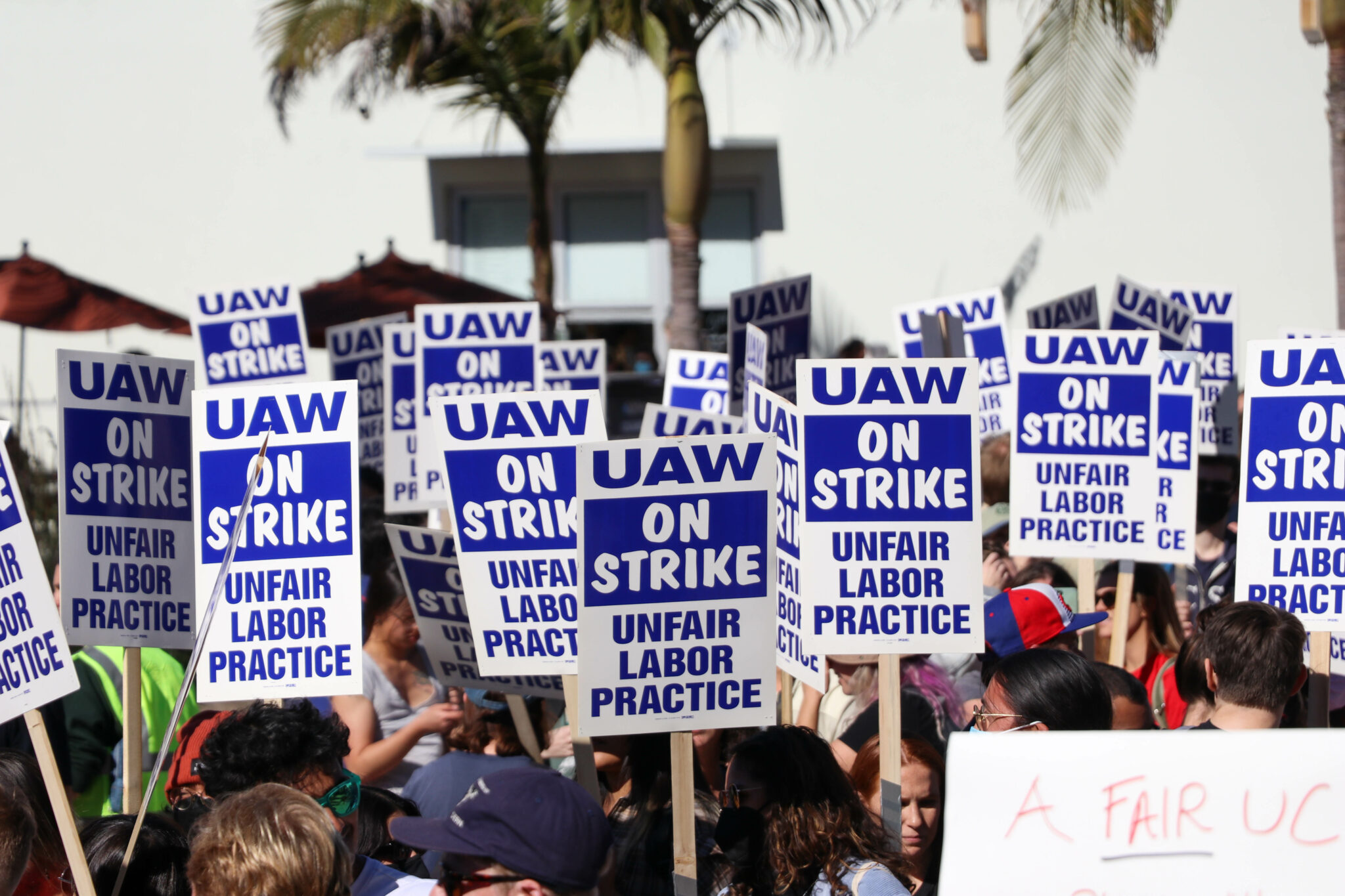 Thousands of workers across the University of California (UC) system, organized under three United Auto Workers (UAW) unions, walked off the job on Nov. 14 as negotiations over new contracts for each of the unions stalled. The workers sought salary increases to combat a higher cost of living along with other benefits.

Over five weeks passed before members of UAW 2865 and Student Researchers United (SRU) — the last two striking unions — voted to ratify new 2.5-year contracts, brokered with the help of Sacramento Mayor Darrell Steinberg, ending the strike. Members of both unions spoke with the Nexus following the strike’s conclusion to share their perspectives on the new contract.

Emily Fox, a graduate student in the UCSB Department of Sociology and UAW 2865 organizer, said that the contract failed to address key demands of the union regarding rent burden, large class sizes and policing on campus.

“The strike definitely won us more than we would have gotten had we not gone on strike, but this new contract does not solve the most pressing issues that student workers face,” Fox said.

For Academic Student Employees, the contracts will bring salary increases between 16.5% to 32.7% by October 2023, according to the UC Office of the President. The full raises outlined in the contract will not take effect until October 2024, when teaching assistants with a 50% time appointment will see a minimum pay of at least $34,000 and associate instructors and teaching fellows will see a 16.7% raise.

“Our most precarious grads can’t wait two years to pay their bills or to afford childcare and medical care or to feed for their families,” Fox said. “The new UC-UAW contracts will still leave many, if not most, UCSB graduate student workers severely rent-burdened and struggling to make ends meet each month.”

An analysis conducted by a UAW 2856 member at UCSB found that rent for residences on and off campus will continue to pose a significant burden for graduate students even with the new contract’s pay raises in effect.

Anti-bullying protections, expanded childcare leave and subsidies are among the contract’s other benefits, although Fox took issue with concessions made related to COVID-19 safety and a lack of university housing and accessibility for disabled workers, among others.

“The majority of the union’s bargaining team traded these critical demands for a raise that ends up being less than a living wage and that we won’t actually see in total for another two years,” she said.

“I’m proud that, at UCSB, we did everything we could to support each other and fight for the dignity we deserve,” Fox continued. “We’re going to continue fighting until graduate school is affordable, accessible and safe for everyone.

For Julia — a student researcher in the materials department and UAW SRU member who declined to share her last name for privacy reasons — the contract was “a big relief.”

“Creating those big movements, and then getting something decisive, and then minimizing the personal costs to the worker — I think we got that done,” she said.

“Getting a contract solidified now, that’s still more than we’ve ever gained before. It’s not a bad starting place, in my opinion, first of all, but also, it’s a building block for the next two and a half years when we come up for bargaining once again,” she said.

The majority of Graduate Student Researchers under the new contract will see a 10% salary increase within the contract’s first year, with a bump in the minimum salary to $34,564.50 for 50% time appointments by October 2024.

Julia acknowledged wage stagnation as a major issue at the UC and said that the contract’s current increases were a positive step forward.

“Stagnation of wages has been a problem that the UC has known about for decades at this point, and has done nothing about, and I’ve watched my wages just become less and less effective while I’ve been here,” she said. “Within two years, a lot of us are going to see raises of 10k, in terms of the number of TAs and [student researchers] across the UC system. That’s a momentous amount of money.”

Full wage raises for academic employees and researchers won’t go into effect until October 2024, although wages will begin to increase in increments before then.

“It would be great if we could get the 55% raise tomorrow. But, since this is a billion-dollar thing, it’s going to take a while to coordinate. And, personally, I’ve already seen a lot of departments starting this coordination now,” Julia continued.

In her opinion, the strike achieved major goals across the UC, although there was room for improvement.

Yiming Ma, a graduate student in the Department of East Asian Languages & Cultural Studies, felt that the concessions garnered from the UC were insufficient and didn’t go far enough towards alleviating the rent burden.

“The majority of UCSB graduate students will remain rent-burdened under this new contract; this is especially true for Academic Student Employees with nine-month employments and no additional department stipends, international students who cannot work off-campus, parent students and/or students with disabilities,” Ma said in a statement to the Nexus.

It would have been worth it to reject the contract and continue striking to try and push the UC further, according to Ma, who said that internal surveys showed a “significant number of strikers were willing to continue striking into the winter quarter.”

“Grad students at UCSB really needed this to lift them out of rent burdens,” Ma said in the statement. “I believe the grad students could have won more from our employer because of the leverage of grade withholding.”

The final contracts included different wage increases for different UCs, with three campuses receiving a base pay that is over $1,000 more than other campuses, as calculated based on those campuses’ estimated cost of living.

“This is definitely a very regressive move, considering equal pay for equal work is such a basic principle that a union should stick to,” Ma said.

A better contract, according to Ma, would have included higher wages and a repeal of the Non-Resident Supplemental Tuition (NRST) fee for international students, an element that did not make it into the final agreement.

For Lisa Maansson, an international student working in the materials department and a member of both UAW 2685 and UAW SRU, the continued inclusion of the NRST fee is frustrating, but other elements of the contract make it worthwhile.

“I think it’s a shitty thing to have there. I definitely want to get rid of it, and we didn’t get rid of it in this contract,” she said, noting that UCSB currently pays her NRST but that the fee can put pressure on students to graduate more quickly. “But, there [is] a bullet about it in the contract now, and I’m very happy for that because it means it’s going to be brought up to the negotiation table in the next round.”

Maansson said that, ultimately, she thought the strike created valuable progress for employees and student researchers.

“I think it was worth it. I think we did progress. We know when we start a negotiation that we want something, we’re not going to get all of that,” she said.  “Of course, I would have wanted more, but I think we have a good chance to get more in two years when we’re going to renegotiate.”

Maanson said that as a student researcher in the materials department, she’s one of the highest-paid graduate students on campus and was participating in the strike to uplift the collective, not for her own wage gain.

“It’s about standing up and believing that we can be strong together, so I really liked that,” she said. “In the end, it’s about your values, and I think it’s very important to stand up in solidarity with all of your mates.”