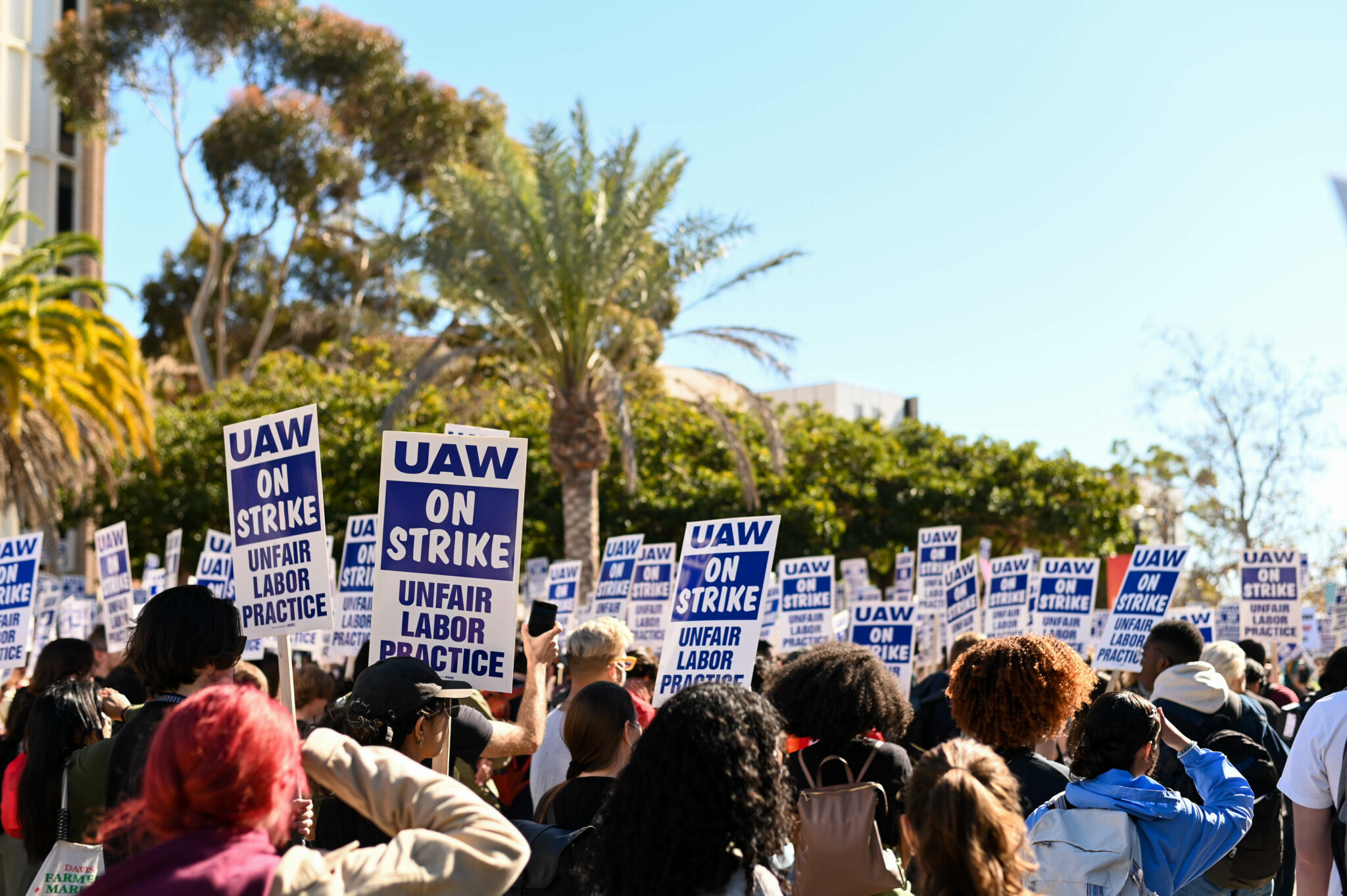 Approximately 48,000 UC academic workers have been on strike since Nov. 14, seeking increased wages and an end to rent burden among other concessions from the UC.

The approved contracts included multi-year pay increases, transit benefits, improved job security and increased paid family leave, according to a Dec. 12 press release from the UC Office of the President.

Under the tentative agreements for the two unions still on strike, Graduate Student Researchers would see their minimum pay set at $34,564 and Academic Student Employees would see a minimum salary of $34,000 by October 2024, the UC said in the announcement. The salary minimums are also set to apply to trainees and fellows of both groups.

Both group’s contracts will include childcare reimbursements of $1,350 per quarter, among other benefits.

“These tentative agreements include major pay increases and expanded benefits which will improve the quality of life for all members of the bargaining unit,” UAW President Ray Curry said in a statement put out by the union.

The tentative agreement was brokered with the help of Sacramento Mayor Darrell Steinberg, who helped mediate the process after both sides agreed to private mediation following stalled negotiations.

“I would like to thank Mayor Steinberg, and negotiators for both the University and the UAW, for coming together in a spirit of compromise to reach this tentative agreement. UC president Michael V. Drake said in the university’s statement. “This is a positive step forward for the University and for our students, and I am grateful for the progress we have made together.”

The tentative agreements for the remaining union groups on strike contain a clause that student employees will return to work and picket lines will end upon their ratification. All charges of unfair labor practices will be dismissed, should the contracts be ratified, according to the statement.

Academic student employees and graduate student researchers, numbering around 36,000, are expected to continue striking until their contracts are voted on. A vote on the contracts is set to occur next week, the unions said in their statements.