The Daily Nexus
Recipes
Potato Kugel: Not your typical casserole
January 19, 2023 at 12:45 pm by Joey Sable 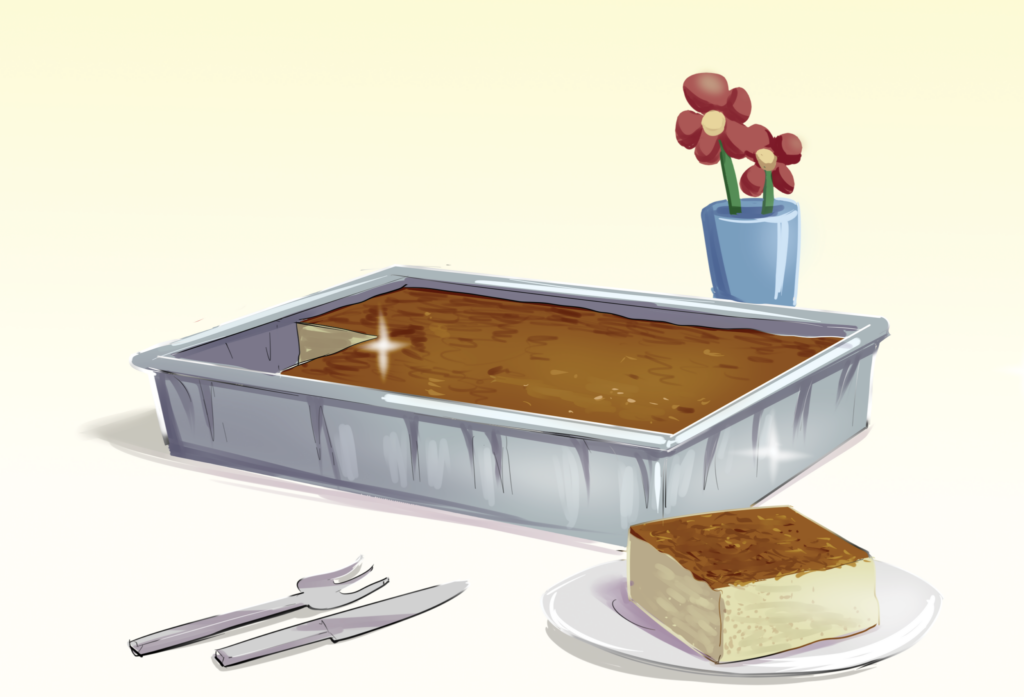 I was born into a family of Orthodox Jews, my ancestry consisting of Torah scholars, rabbis and community leaders. Beginning with my ‘brit milah’ at eight days old, I became part of a community rich in tradition and history. Dating back to the shtetls of Byelorussia, now known as Belarus, in the late 19th century, my forefathers escaped the pogroms with minimal possessions and boarded a steamship to a place where their religion could be practiced without persecution. They set a precedent for cherishing family and community while valuing both secular and religious learning, history and tradition.

The intersection of my religious Jewish upbringing with my unapologetic queerness encourages me to take the familial traditions passed down to me via generations and queer them. Despite the systemic exclusivity of queerness in Orthodox Jewish spaces, I genuinely love certain aspects of my upbringing and love to transmit these respective values and tenets to non-Jews, to queer people and to queer Jews especially. As I continue to explore my place within the Orthodox and broader Jewish community, my innate queerness lends me the opportunity to hybridize these traditions and foment new traditions of my own.

From challah to latkes, brisket and tzimmes, Jewish food is broad and encompassing. I have tasked myself to accomplish and perfect a list of Jewish foods and recipes. Every Jewish mother or grandmother has their own special recipes for meals and food universally shared in the broader Jewish world. I wanted to create a recipe that evoked memories of growing up standing next to my Savta – grandmother – in the kitchen, observing her labor over Shabbat and holiday meals with such meticulous care. Every recipe my Savta makes is so decadent and rich, and I knew I wanted to recreate my favorite recipe of her’s: Potato Kugel.

Kugel is a baked casserole-like dish of the Ashkenazi tradition. Highly ambiguous, kugel can be sweet or savory, with a potato or noodle base. Technically, potato kugel can be grated or blended; my Savta’s recipe uses blended potatoes while I prefer a more textured kugel. It is practically a latke recipe but baked in a dish, creating a crisp exterior with a smooth and creamy interior texture. Sorry for the expletive, but it is so fucking good.

By the way, kugel is pronounced “kuh-gul” and not “koo-gul” but some will tell you otherwise. Don’t listen to them.