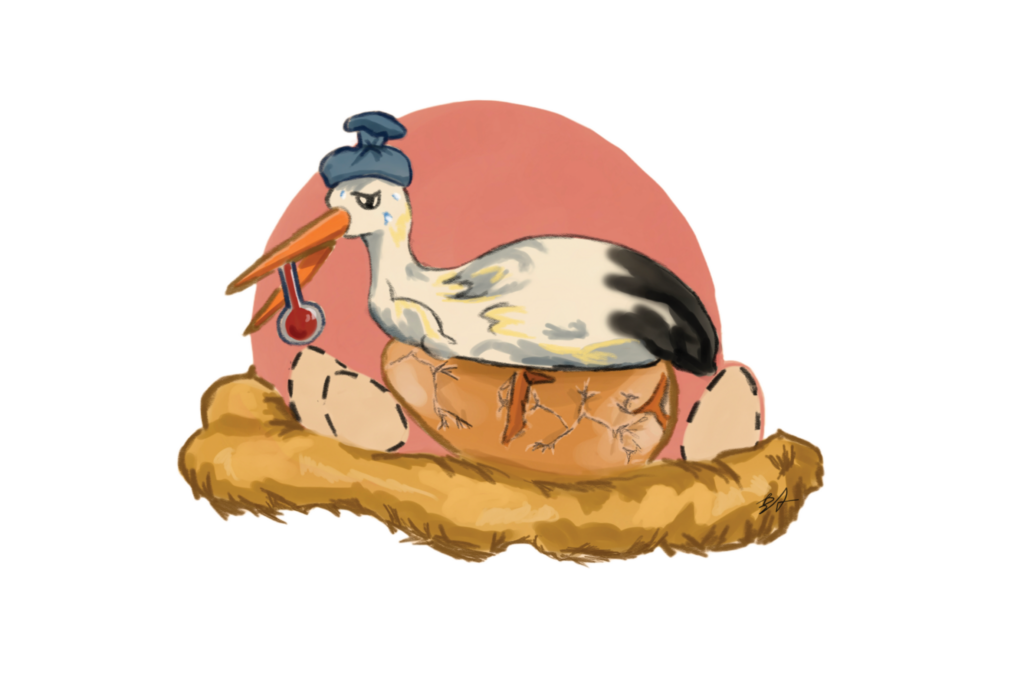 With students returning to campus to jumpstart Winter Quarter 2023, shopping for groceries is on everyone’s mind. While it is expected for some supplies to be temporarily in high demand and difficult to obtain during this time, eggs are especially low in stock and uncharacteristically expensive. Where one may have to sacrifice their favorite brand of butter for an alternative, they would find that there is an even more limited option for eggs. Where the limited supply is restocked, the prices are incredibly high in relation to the past. The empty shelves and high prices have affected markets across not only California, but the entire country. The culprit of the situation is a pathogenic outbreak of avian influenza, or bird flu, that has been plaguing the poultry populations for the past year.

Outbreaks of avian influenza are not uncommon. The last major case occurred in 2015, lasting from Dec. 11, 2014 to Jan. 16, 2015, according to reports recorded by the U.S. Department of Agriculture (USDA).

“Approximately 7.4 million turkeys and 43 million egg-layers/pullet chickens, as well as a limited number of mixed poultry flocks, were affected by HPAI and died from the disease or were depopulated as part of the response,” according to USDA’s “Final Report for the 2014-2015 Outbreak of Highly Pathogenic Avian Influenza (HPAI) in the United States.” “This outbreak was the largest HPAI outbreak ever recorded in the United States and arguably the most significant animal health event in U.S. history.”

While the 2014-15 outbreak had devastating impacts on poultry and wild bird populations, the disease was contained within a few months of the first report. The current case continues to persist and lasted throughout the majority of 2022 since its primary detection in February of that year. According to USDA’s reporting, which was last updated on Jan. 17, 2023,  a confirmed count of 781,416 birds were affected in California alone, and 57.86 million across 47 of the 50 states.

With such a rapid depopulation of birds that grocers and individuals rely on for a supply of eggs, their price rates have risen steadily. According to the USDA, “The depopulations at commercial facilities have decreased the domestic egg supply by about 7.5 percent on average each month since the outbreak began.” Urner Barry, one of the leading reporters of food market data, shows that the benchmark for eggs prices hit nearly $5 in December of 2022, while the equivalent carton was less than $2 the previous year. The rapid decrease of the egg prices in January can be attributed to the especially high demand during the end of the year, when people spend more of their free time cooking and baking during the holidays.

Avian influenza is not the only factor that has majorly impacted the current state of egg supply. Other sources include the increase in costs of fuel, feed and packaging, as well as steadily high demand, according to a KCRA3 report on Dec. 29, 2022. The holiday demand has put an additional stress on the wholesale prices. Although year-round demand is strong, “as that peak holiday demand passes, wholesale prices are expected to fall.” Despite this slight expected victory, people continue to search for the popular grocery item to little avail.

With the rapidly decreasing supply and the generally consistent year-round demand for eggs, it is expected that the situation will get slightly worse before it gets better. The outbreak is projected to continue plaguing the flocks well into this year, according to Brian Earnest, CoBank’s lead economist for animal protein. “We’re going to see a tight supply situation and elevated pricing environment moving forward,” he stated. Should the disease ease and supply increase, it would still take time to return back to past retail prices.