Santa Barbara County Fire Department Ocean Rescuers received a 911 call at 7:31 a.m. today in response to a surfer getting caught in the bluffs off of the 6700 block of Del Playa Drive in Isla Vista.

The Isla Vista resident was evaluated by the paramedics following a rope system rescue, deemed to have sustained zero injuries or signs of hypothermia and released thereafter, according to the fire department. 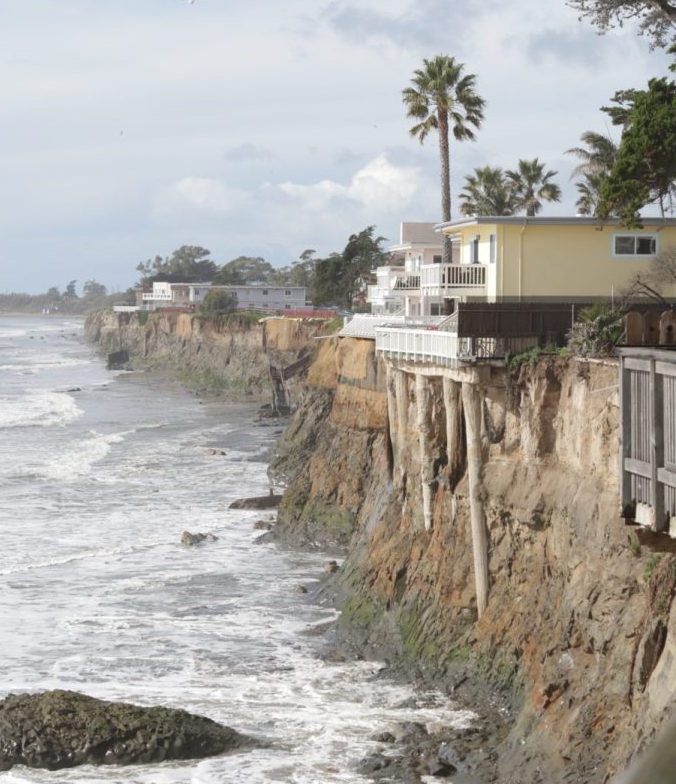 The warning detailed an increased risk for ocean drowning due to rip currents that can pull surfers out to sea. Nexus File Photo

The incident occurred in light of the high surf advisory issued for the southwestern and southeastern Santa Barbara County coast, effective from 1:27 a.m. today to 6 a.m. tomorrow. The warning detailed an increased risk for ocean drowning due to rip currents — created through the “rare, strong” west swell — that can pull swimmers and surfers out to sea.

Santa Barbara County Fire Department Public Information Officer Scott Safechuck warned the public to stay out of the ocean during the high surf warning. He advised to disengage from surfing unless for purposes of big surf training or unless the individual is a trained professional surfer with large waves.

“For the general public and beginner surfers, they should not be going out there and trying to test or push themselves in this type of storm because they could end up losing their life doing so,” Safechuck said to the Nexus.

Safechuck furthered that the storm is causing unstable bluffs and soil saturation, so the public should also stay away from embankments in creeks and rivers, along with the edge of the bluff throughout the storm.

“If they choose to walk along the beach, they want to make sure that they’re aware of any rogue waves,” he said. “They don’t want to be doing it at a high tide or where they can get trapped up against the bluff, or the bluff can be unstable and slough off and cause injury.”

Beyond surfing, Safechuck advised the public to exercise caution in entering the ocean following a storm in general, as water runoff from the mountains and the Goleta and Isla Vista area can pollute the sea for up to 72 hours thereafter.