The Daily Nexus
The Daily Stench
UCSB students to be featured in Thanksgiving Day Parade
November 30, 2022 at 4:20 pm by Inma Hole 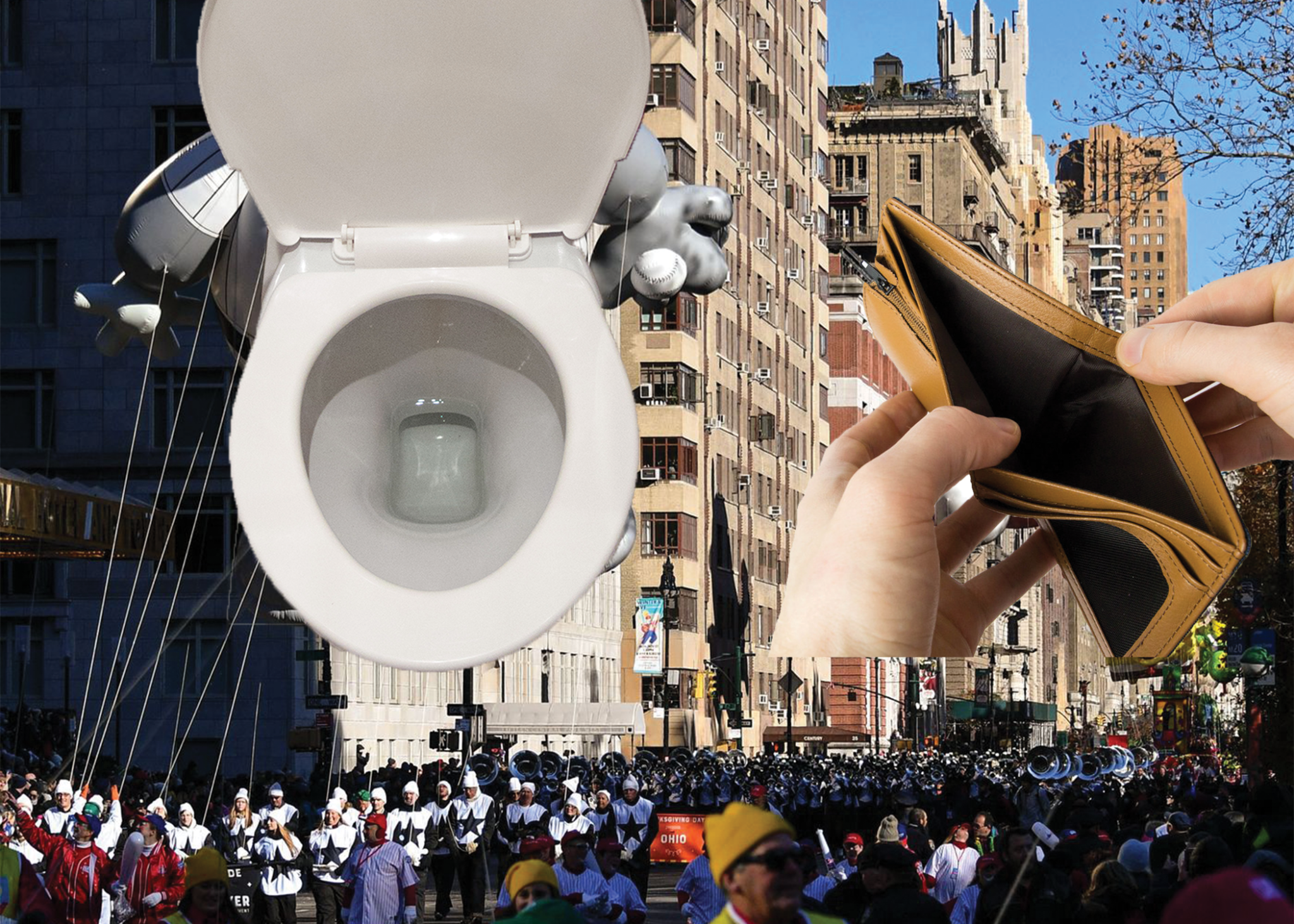 Members of the UC Santa Barbara student organization Parade-Loving Bitches (PLB) have been selected among thousands of college applicants to be featured in this year’s Macy’s Thanksgiving Day Parade. The student group, recently launched in October 2022, announced the news on their Instagram account, but it was not widespread given that the account only has one follower (your mom). In order to be considered for the massively lame honor, applicants were required to submit a mission statement and a mock-up of their float design for the parade.

“We just really love parades,” club founder Turr Keybut explained. “They’re the only part of life that goes by slowly. Sometimes, you just have to appreciate that about them.” The students spent nearly two weeks brainstorming the float design before actually drawing anything out. “We tried to get high before, you know so that we could be creative, but each time we ended up forgetting what we were doing and then getting Deja instead.” Interestingly, this turned out to be just what they needed, as they decided to base their float on the food culture of Isla Vista.

The float design includes abstractions that represent all of the most iconic eateries in I.V. Freebirds is represented by an empty wallet, Wingstop is emulated by a lack of seating and I.V. Bagel Cafe is featured in the form of the scent of a man who hasn’t showered since before last night’s party on DP. Prominently sitting in the center of the float is a giant toilet bowl. When asked what it meant, a freshman recruit explained, “Most of the food in I.V. gives us raging diarrhea, so we really wanted that to be showcased on our float. But, also, we didn’t want it to be totally gross.”

The group is scheduled to fly out this weekend to start construction on their float. However, unless they are able to secure funding, they will likely be unable to make the trip to New York City. Treasurer Cash Money explained, “We spent all of our money on weed and burritos, so please help us.” If you would like to make a donation to support this cause, please don’t.