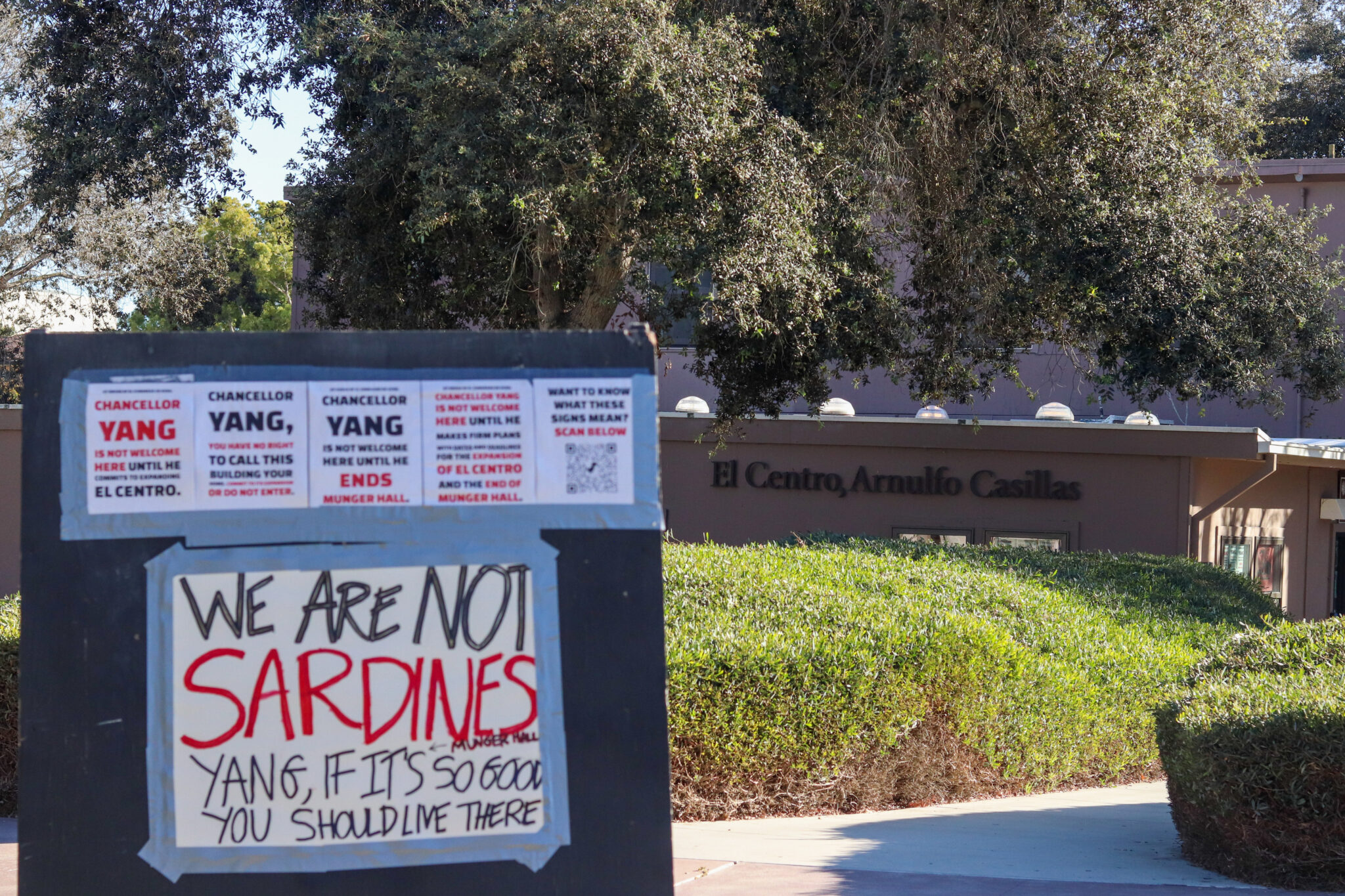 El Congreso — a Chicanx organization that works to support and uplift marginalized students on campus — published its initial list of demands on Apr. 28 and presented the list to university administrators and Yang in a May 4 meeting.

While UCSB administration responded to some of the demands, El Congreso received minimal response during the meeting regarding the two primary demands of concern in the letter, according to fourth-year political science major and El Congreso member Isa Medrano.

El Congreso received a response from Yang on Nov 14. regarding the demands, but Medrano said the organization found his email insufficient and lacking substantial plans to tangibly begin addressing these two demands by the administration.

“We appreciate how important El Centro is to our campus community, and we look forward to working with students, faculty and staff on planning for an expansion and creating additional space,” Yang said in an email response to El Congreso.

The organization still considers its demands unmet and is anticipating further action to ensure its completion. However, the timeline for such action remains unsure, as El Congreso does not want to disrupt the current higher education strike, Medrano said.

El Congreso called for the physical expansion of the El Centro building, asking for the construction of more study spaces and community rooms, as well as an assessment of the surrounding area for building expansion.

El Centro de UCSB is a communal building located on campus in Building 406 as a physical and historical space for numerous multicultural, Chicanx/Latinx and political organizations, including El Congreso.

“You have referred to El Centro more than once as a place you consider home, or as your favorite space on campus, yet when we discussed this demand in our May 4th meeting, you made no clear or firm commitment to meet this demand,” El Congreso’s letter to Yang read.

In a Nov. 15 email statement to the Nexus, Yang reiterated the importance of El Centro and said the administration is in the process of hiring a Hispanic-Serving Institution (HSI) director.

“El Centro is important to our campus community and we look forward to working with our students, faculty, and staff on planning for an expansion of El Centro to create additional space,” Yang said in the email. “The Committee has been asked to conduct an in-depth exploration and start the planning process for a new HSI Director position.”

El Congreso is also demanding a total halt to the Munger Hall project, citing concern with its current design plan — from the building’s scale to the virtual windows — and the consequences its prospective residents would face.

The organization also took issue with the building being the vision of a “petulant billionaire” — referring to Charles Munger — and demanded the university to seek alternative housing plans.

“We expect a statement from you directly that puts an end to this plan and commits to pursuing alternative housing development plans, otherwise, we consider this demand unmet,” the letter read.

Medrano said the meeting with Yang and the administration on May 4 did not produce any tangible actions or results regarding El Centro and Munger Hall and noted the silence from Yang, Vice Chancellor for Student Affairs Margaret Klawunn and the rest of the administrative body in the room when the issues were brought up.

“The silence was the most deafening on these two, but it also became the most clear that on these two, we were not going to have any solid plans or anything reliable to move with if it was not from the Chancellor’s mouth directly,” Medrano said.

Yang said to the Nexus that UCSB is continuing to solicit feedback on the project and recognized the housing shortage in the community in regards to Munger Hall. “We are grateful for the thoughtful concerns that have been raised by El Congreso as well as from many of our students, faculty, staff, alumni and community members,” Yang said. “Housing is a critical need for our campus, and community engagement is an important part of the process that we are undertaking to address this need.”

It’s sufficient to serenely supplant my old employments pay, particularly considering I just work around 10-13 hours every week from home. I was stunned how simple it was after I attempted it duplicate underneath web… http://dollermake94usa.pages.dev/