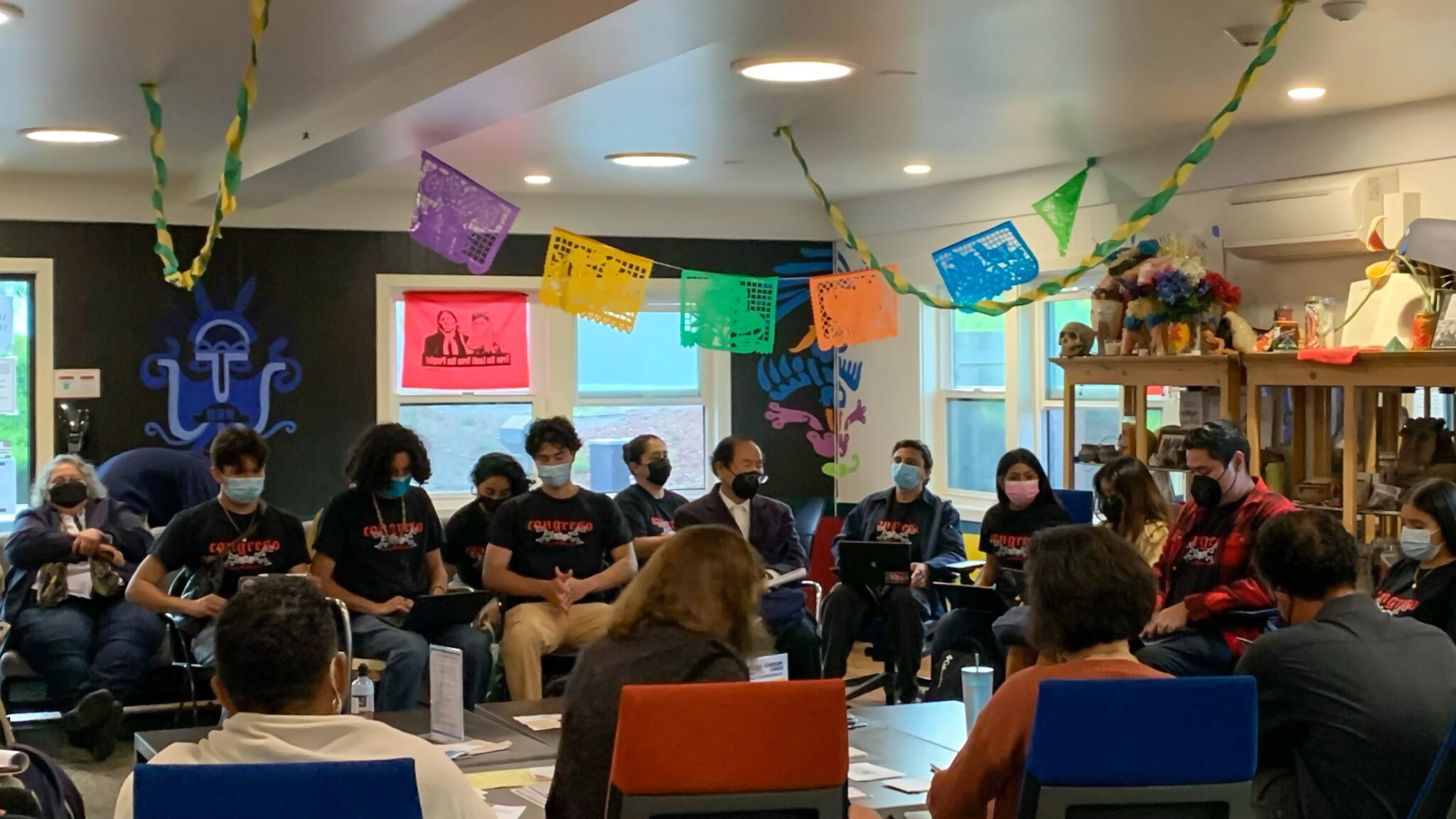 El Congreso de UCSB — the student-led cultural, social and activist Chicanx organization that works to provide an inclusive space for students of marginalized identities — learned about the panel at a May 4 meeting with UCSB administrators and elected to send in a list of demands to be considered in its final recommendation.

The demands arrived as the Independent Review Panel — tasked with presenting a recommendation to the university determining whether the Munger Hall project moves forward — is said to be nearing a final recommendation, according to El Congreso member and fourth-year Spanish major Erik Magana.

The panel’s feedback is a “very important part of the ongoing project review and campus feedback and engagement processes,” UCSB Media Relations Manager Kiki Reyes told the Nexus in a statement.

El Congreso’s Munger Hall demands, updated from an initial set of demands presented to the university in May, illustrate the organization’s concerns regarding the scale of the project, the thousands of virtual windows in students’ bedrooms and the involvement of billionaire Charles Munger.

“We firmly condemn the plan and believe that the continued pursuit of Munger Hall is an obvious waste of time, energy, and resources, which leads us to believe there is a more convoluted explanation for the continued exhaustion of resources to this end,” El Congreso said in its demand letter.

The Munger Hall Independent Review Panel was formed earlier this year, after Chancellor Henry T. Yang approved the Academic Senate request for its creation, according to minutes from an April 4 University Committee on Affirmative Action, Diversity, and Equity Academic Senate meeting. The existence of the review panel was never shared with the general public in the months it has operated.

The review panel “will be presenting a recommendation to the university from its membership that will determine whether and how the Munger Hall project moves ahead as the Chancellor honors the UC principle of shared governance with faculty,” UCSB administration told El Congreso in response to their initial set of demands published April 29.

El Congreso’s updated demands that were presented to the panel criticize the thousands of student bedrooms, most of which contain LED light panels in place of windows. Members of El Congreso visited the Munger Hall mockup in May and described feeling disoriented by the scale and lack of natural light.

“The long corridors, lack of real windows, and mechanical ventilation contributed to this feeling. At the massive scale of this project, it is probable that a sizable percentage of those who live in Munger Hall would constantly feel a similar disorientation,” the demand letter continued.

UCSB did not respond to El Congreso’s specific demands in its statement to the Nexus.

Magana said El Congreso learned in the May 4 meeting with UCSB administration that the donation amount from Munger — reportedly a $200 million gift expected to help fund the dormitory’s construction — has not been settled upon, and gained the impression at the meeting that the majority of the funding would ultimately come from student room and board fees.

“If the rest of the money is going to come from student room and board fees, that would make the student body the majority stakeholders in this project. However, no students have been consulted in a substantive way throughout the design process, only retroactively,” El Congreso said in its letter. “Is this a privilege only extended to unqualified billionaires who will likely never set foot inside the building?”

Magana criticized the university for pushing for the Munger Hall project as opposed to other housing alternatives.

“There are so many misplaced priorities here,” Magana said. “This is a point we’ve constantly made, that if housing is such a priority, if the need to have students housed is such a priority for this administration, then they would not be pushing forth Munger Hall.”

“Just taking out two floors, those changes really do not address what we put forward in our meeting with the chancellor and campus representatives and also with our follow-up statement with all these very specific points,” Magana said.

At a minimum, Magana said, El Congreso hopes the university explores the viability of alternative housing proposals, and not solely focus on the Munger Hall project.

“If Munger Hall doesn’t happen, where would the university go next? That’s one of the angles from which we really pressed them on our meeting on May 4, which was, ‘So we don’t want Munger Hall, what are the alternatives?’ They did not answer us,” Magana said. “So, we just need viable alternatives to be on the table.”