The Daily Nexus
Features & Essays
Slipping into the industry: Emmett Malloy’s journey to music manager
November 17, 2022 at 8:00 am by Stella Mullin 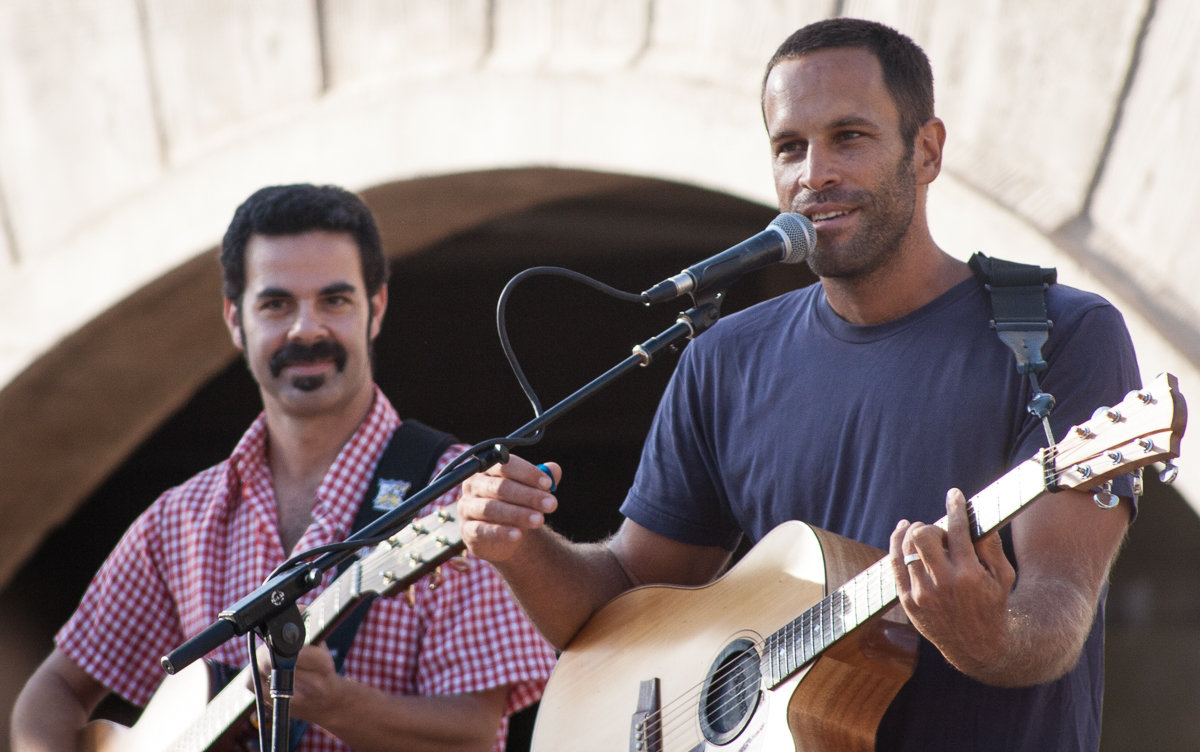 The two met making surf films up and down the California coast — Malloy editing and producing and Johnson composing. They got along well, and their 45-minute documentary film “Thicker than Water” (2000) — featuring popular surf spots like Australia, Indonesia, Hawaii, India and Ireland — was set to Johnson’s acoustic guitar. Upon the popularity of the film, word about his music started to spread.

“When the tapes started to go around, music industry people started to find a way to get ahold of him,” Malloy said. One producer asked for a meeting and told Johnson to bring his manager, which Johnson eagerly agreed to.

After hanging up the phone, he turned to Malloy. “Man, I said I had a manager and I don’t have one.” So the two attended the meeting together. And thus began Malloy’s managerial journey and Johnson’s as a commercial singer-songwriter.

The two approached the newfound recognition with a very surfer-esque, laid-back attitude. “If it grows, ‘cool, don’t fight it,’ but just allow it to grow naturally. And I think that’s why he’s [Johnson’s] still got such a great career this far into the process,” Malloy said.

He insisted on keeping the crew — namely, himself, Johnson and Johnson’s wife, Kim Johnson — at the center of every decision. Johnson’s career as a singer-songwriter was a family-run business that existed on the periphery of the industry, destined to evolve into stardom.

“We wanted [Johnson] to be in control of everything, to own everything and to really feel we never gave anything to anybody or had somebody else be in charge of the decisions around his music. At the beginning, our best power was to say no to anything that didn’t make sense to us,” Malloy recounted.

Although Johnson owned a small distribution label, Brushfire Records, rapid worldwide growth would soon require extra hands on deck. Johnson and Malloy eventually called upon a larger record label — Republic Records — to help distribute records around the world. But even with the new label, Malloy and Johnson stayed true to their family-oriented, slow-paced spirit.

“We had our indie spirit, but also we had a major label that can really help us with the growth that naturally happens,” said Malloy.

The same can be said for the way Johnson’s “Meet the Moonlight” tour was organized. People buzz with excitement, swaying to the music and watching the show. But that’s always in front of the stage. What goes on behind?

Visuals first: The screen behind the band can be overlooked and underappreciated — concert-goers do not always realize how specific the visuals are to the music.

“We want to make [the shows] incredible artistically, and that is a big priority for [Johnson] that the music and visuals are really cool for people to experience,” Malloy said. “We put a lot of effort into the way everything sounds, the way it looks, the way it feels, because a lot of people have seen [Johnson] several times and we want each time to grow.

As for the music, Malloy said the goal was “to present the new songs in a cool way so they might become people’s new favorite songs, and to each time create a dynamic set that makes people be excited to see him again. He stands out in that way. Simple things when they’re really powerful are always my most favorite.”

Experience next: Johnson’s music has a very family-first feeling to it, and the shows undoubtedly encompass this. “It’s special for people to see [Johnson], a lot of family memories are created around his music. So again we try our best each time to make the shows excellent,” Malloy said.

A communication major from Santa Clara University, Malloy slipped into the industry after moving back to Los Angeles, where he found himself editing movie trailers. The backbone of his career: good music taste.

“I felt like music was my thing and I was really into [it], and then I got better at editing and I was able to work my way up to working on some great movie campaigns,” he said. “I didn’t want to sit on a computer all day. I wanted to make films and direct them, and then the music thing was totally random and I felt, ‘Hey, I know I have good taste in music, so this has to mean something.’”

He did not need specialized classes in college to prepare him — all he had under his belt were a few editing classes and a hunger to learn. He learned as he went, starting small as a runner, or general production assistant, and eventually finding his way to producing surf films and music.

His advice for students also interested in the business? Just saying: “That’s the direction I want to go.”

“My advice would be to just get in it. Just get around some things that you’re interested in. Find a way in even if it’s at the most basic of levels,” he said. “ Find somebody who knows somebody that is doing some cool stuff in the particular world you want to find yourself in … and the earlier you tune into something you want to do, the better.”

How does someone get themselves into “accidentally” representing an artist? Like Malloy said, his story is a “little too nonchalant,” but those yearning to make their way into the music and entertainment industries can still look at his story for inspiration.

My Companion mother makes 55 bucks an hour on the PC(Personal PC). She has been out of w0rk for quite some time however last month her check was 12,000 bucks only w0rking on the PC(Personal PC) for 9 hours per day.
…
For more detail visit this article——————————->>> https://easyhomeincome2.pages.dev