The largest higher education strike in the United States is set to begin on Nov. 14 as the three University of California unions organized under United Auto Workers prepare simultaneous strikes across all 10 UC campuses. 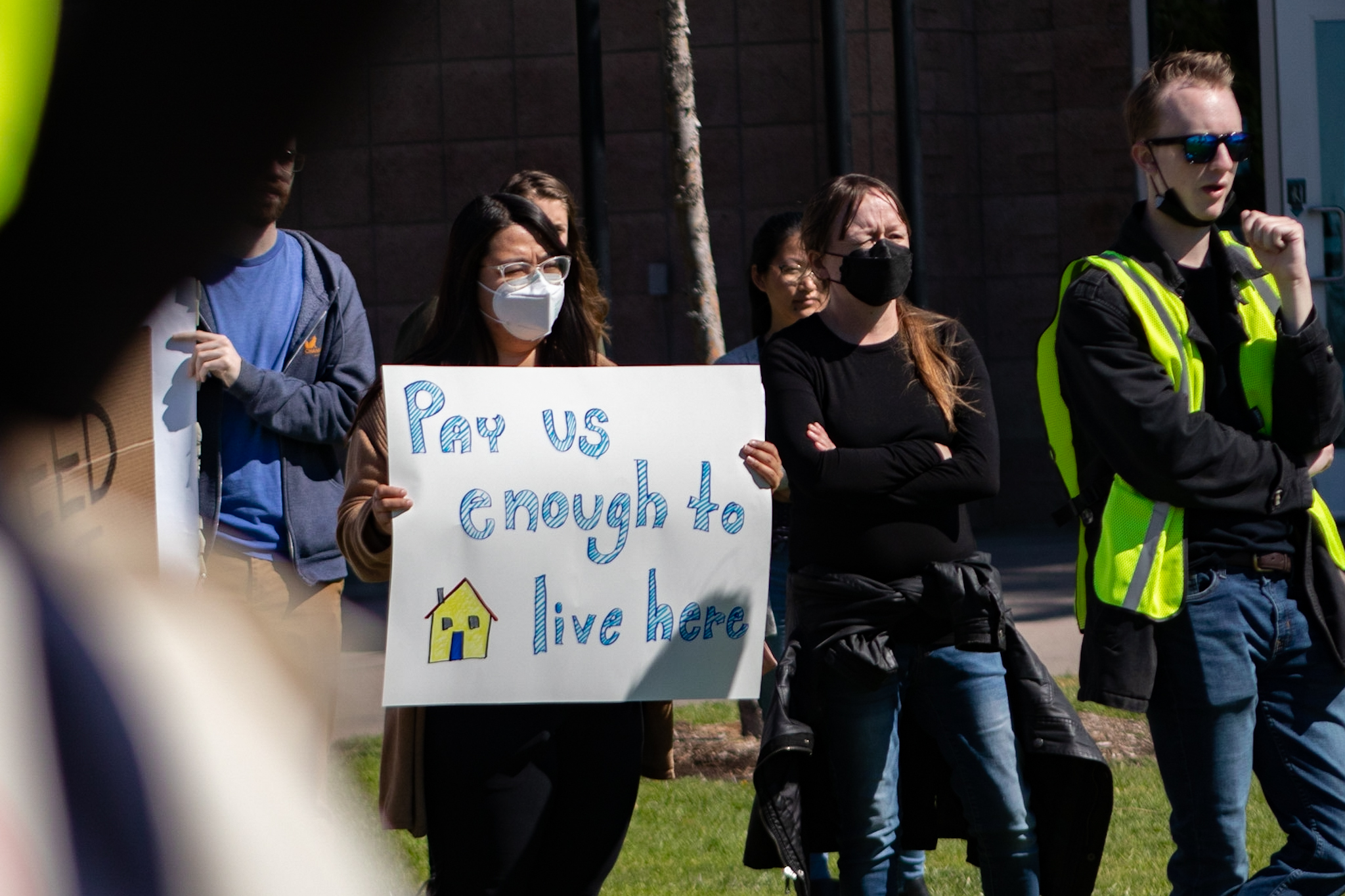 Academic workers, organized across Student Researchers United (SRU), United Auto Workers (UAW) 5810 and UAW 2865, have sought higher pay to compensate for an unsustainable rent burden brought on by the high cost of living in California.

The strike is based on allegations that the UC has engaged in unfair labor practices (ULP) throughout the process to negotiate a new contract for employees, including failing to bargain in good faith, failing to provide accurate bargaining information and denying the rights of bargaining unit members.

In a statement published online, the UC Office of the President (UCOP) disputed the alleged ULPs.

“We strongly disagree with the UAW allegations that UC has engaged in unlawful behavior,” the statement read. “Throughout the negotiations, UC has listened carefully to the union’s concerns and bargained in good faith, as illustrated by the many tentative agreements reached thus far including on topics underlying the UAW’s allegations.”

Fifth-year graduate student in the UCSB Department of Physics Joseph Costello has worked to organize the strike for SRU and spoke to the struggles workers represented by the union face.

“Cost of living generally has been rising very quickly, and the compensation towards graduate students, postdocs and researchers has not really kept up,” Costello said.

The union is striving for a minimum graduate student salary of $54,000 and $70,000 for postdoctoral students to help alleviate the burden of high rent its members face, according to Costello.

“The UC has been really intransigent on negotiating with this for cost of living or salary,” he said. “I don’t view the UC as being particularly rational or really understanding anything, which demonstrated a real lack of long term planning because this is not something that snuck up on them.”

In its statement, UCOP said that “affordable student housing is a top UC priority” and that it had offered wage increases for all UAW members over the course of negotiations.

“On average, UC rents system wide are 20-25% below market rates, with some campuses providing even deeper discounts,” the Nov. 4 statement from UCOP stated. “UC has offered wage increases for all UAW members which would further help them meet their housing needs.”

The proposed increase to wages — ranging between 6% and 10% — falls tens of thousands of dollars below what the union is seeking, Costello said.

“It would mean a stop to the research in general that is going on in the university, which is half of the university’s mission statement,” Costello said. “It would mean big picket lines everywhere to very visibly show that we’re not going to put up with this anymore.”

In addition, the union could prevent the delivery of research equipment to the university by picketing equipment drop off zones, according to Costello.

“We could picket various areas including drop off zones like shipping and receiving, and most delivery drivers are Teamsters, which are unionized, and won’t cross picket lines, so we could stop delivery of research equipment to the university.”

Andrew Norris, professor and vice chair of UCSB’s political science department, helped organize a unanimous statement from the department, affirming student workers’ rights “to engage in lawful strike activity, which may include picketing, cancellation of sections, or stopping grading.”

The statement was sent to UCSB Chancellor Henry T. Yang on Nov. 1.

“I think that we all agree that the situation of the graduate students is just untenable. They’re simply not being paid enough to rent houses or apartments or even rooms in this area,” Norris said.

“Graduate students … make an enormous contribution to life on this campus and to undergraduate education and to research and that they should be made a living wage. I think that’s the basic impetus behind our statement. That’s the basic truth,” he continued.

Norris said that faculty members were comfortable issuing the statement because the strike would be legal per union standards, unlike the previous wildcat cost-of-living-adjustment strikes of 2019, which were not supported by union leadership authorization.

The upcoming strikes will be legal, as they were authorized by all four bargaining units across the three unions with a decisive 97% “yes” vote last week.

Norris acknowledged the impact that a potential strike could have on undergraduate students — including a possible lack of course grading — but said that engaging in the strike is one of the only effective methods of recourse student workers have to create tangible change.

“I recognize and I’m very alive to the way a strike, if it goes forward, could disrupt the lives of people who I’m very concerned with, and I care a lot about. That said, workers really only have one way of expressing power in disputes with management,” he said.

“If workers are unhappy, their only recourse is to band together and create a union — that is to say, one body — and withhold their labor,” Norris continued. “And that in this situation, that means that in order to put any pressure at all on the administration, on the university, to give them a living wage, they have to disrupt the education of the people that they’re helping to teach.”

UCOP said in its statement that the planned strike could negatively impact students and that every UC campus is prepared to continue instruction should it occur.

“The UAW is asking bargaining unit members to go on strike later this month beginning Nov. 14, which could adversely impact students and other UC community members,” UCOP said in their statement. “All campuses will be prepared to ensure continuity of instruction and research in the event of a UAW strike.”

For Costello, the strike is set to be a historic opportunity to win concessions from the UC and set an example for future movements.

“This is our chance to really do something,” he said. “This is going to be the largest higher-ed strike in American history. We could really set a precedent for what it means to have a public university and have a university for the people, and have education which is organized around the people.”