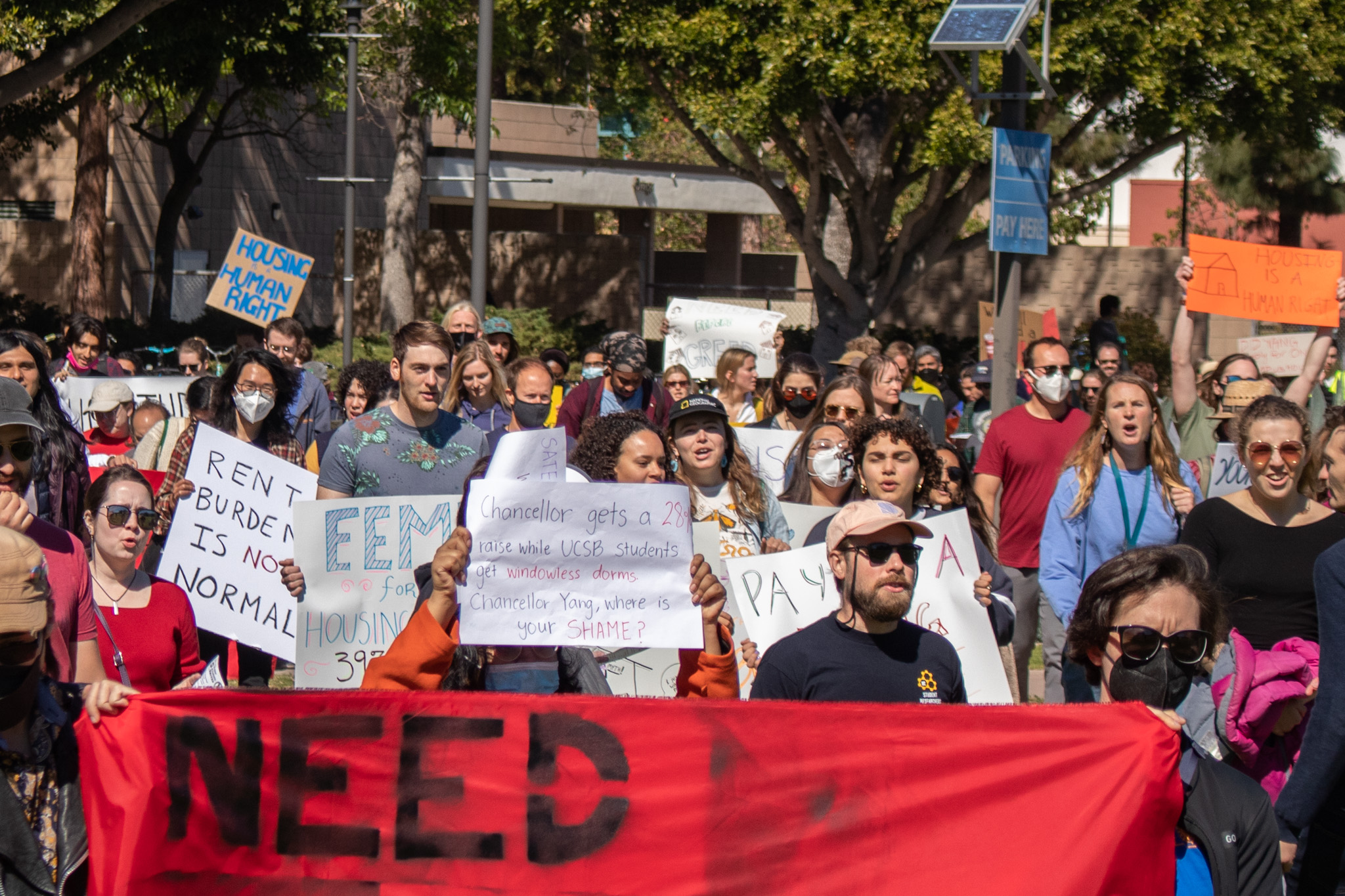 A strike would see the 48,000 unionized UC workers organized under United Auto Workers — including TAs, graduate students and academic researchers, academic student employees and others — withhold their labor from the university.

Over 36,500 UC workers cast ballots in strike authorization votes organized by their respective units, which ran from Oct. 26 to Nov. 2. The votes determined whether or not union leaders would have the power to call a strike over several unfair labor practices leveled against the UC.

The unions announced on Nov. 3 that 98% of those who participated in the elections voted to authorize a strike.

A statewide strike is now planned for Nov. 14 unless the UC remedies its alleged unfair labor practices, the union announced the following day. Whether or not the unions move forward with their strike, and how long that strike may last, is up to the university, fourth-year UC Santa Barbara history doctoral candidate and TA Janna Haider, who is also UAW 2865 UCSB’s recording secretary, told the Nexus in a statement.

“We have satisfied our legal obligation to notice the employer, and are prepared to cease all work outlined in our contract on November 14, 2022,” she said in her statement. “It’s up to the university how long this strike lasts. All they have to do is cease their unfair labor practices and bargain in good faith.”

The planned strike follows months of bargaining between the three unions and the UC, which has yet to agree to housing and pay policies aligned with what the union is seeking.

UCSB’s Department of Political Science sent a statement supporting student workers’ rights “to engage in lawful strike activity, which may include picketing, cancellation of sections, or stopping grading” to UCSB Chancellor Henry T. Yang on Nov. 1.

“We have observed with concern growing signs of economic insecurity among our graduate students. Salaries have failed to keep pace with inflation or rising rents in our area, leaving many struggling to pay their bills,” the statement obtained by the Nexus read. “Graduate students are an essential part of our intellectual community.”

The statement — issued unanimously by the department — affirmed that the political science faculty will not retaliate against graduate students based on their participation or non-participation in the strike and would be working to protect international students, many of whom are required to work to legally stay in the country.

“We urge the university to take all measures to protect international students should a strike be called, and we will ourselves take all measures in our power to protect our international students. We will respond to undergraduate concerns about the disruption of their education with compassion while affirming the right of the graduate students to strike for better wages,” the statement said.

How ironic — the origins of the UAW involvement on campus are traceable to the Humanities and their mistreatment of graduate student employees.