The Daily Nexus
Music
Arctic Monkeys embrace genre-spanning fusion in “The Car”
November 8, 2022 at 10:36 am by Lauren Chiou 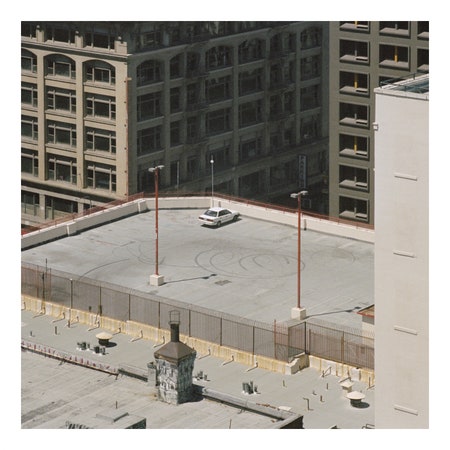 English rock band Arctic Monkeys continues their genre-spanning journey in their seventh studio album “The Car,” released on Oct. 21. Formed in 2002 and consisting of lead singer Alex Turner, guitarist Jamie Cook, bass guitarist Nick O’Malley and drummer Matt Helders, the band quickly rose to fame in the United Kingdom with their debut album, “Whatever People Say I Am, That’s What I’m Not” (2006), and soon garnered international prominence with their future releases. Arctic Monkeys has been heralded as one of the most iconic bands of the 21st century. The band’s newest album, “The Car,” cements itself as an instant classic in the band’s discography with its bold, style-shifting and melodramatic production.

The band’s impact in pop culture has remained strong since their inception. Their most popular tracks, “Do I Wanna Know?” and “Why’d You Only Call Me When You’re High?” allowed them to become known for their guitar-heavy and dark mood. With Turner as the main songwriter for the band, he has become known for his impressive wit and lyrical talent. The frontman’s powerful lyricism is still evident, and perhaps at its strongest, in the new album. Yet “The Car” marks a tonal shift — Arctic Monkeys trade the brooding guitar for orchestral accompaniment and fully embrace the funk-rock fusion sound that was set up in their previous album, 2018’s “Tranquility Base Hotel & Casino.”

The album opens with the lead single “There’d Better Be A Mirrorball,” which is the perfect first track. It automatically sets the lyrical tone of the album, introducing themes of heartbreak and desolation. The simple piano chords compliment the smooth and mysterious string backing and flawlessly immerses the listener in the narrative told by the lyrics. Here, Turner is his rawest self. He lays out his insecurities in a moment of introspection and melancholia as he describes a painful breakup, pleading, “So do you wanna walk me to the car? / I’m sure to have a heavy heart / So can we please be absolutely sure / That there’s a mirrorball for me?”

The second track could not be more sonically different than its predecessor. With a jazzy tone and funky guitar riffs, “I Ain’t Quite Where I Think I Am” is an upbeat tune with bold and fresh grand production, as opposed to the more subdued production of the previous track, but the lyrics still capture the level of insecurity and paranoia explored throughout the album.

The stark sonic contrast between the first two tracks sets the tone for the rest of the album. Each track captures a different mood while retaining the same underlying darkness the band is known for. But unlike their previous music releases, there is no aggression in this album. Instead, every emotion expressed in “The Car” has a hint of sadness attached, whether it be nostalgia or pure misery. Anger is replaced by regret; fury is replaced by longing.

In “The Car,” Turner also introduces listeners to his vocal range. While he mainly sings in his lower register, he passionately reveals and embraces a haunting falsetto that showcases his vocal talents. Turner’s higher register contributes to the pensive atmosphere that surrounds the album, a subtly powerful introduction to a more emotional side of the band.

The track “Body Paint” is the obvious stand-out on the album, for it encapsulates everything good about Arctic Monkeys. The Elton John-esque piano tune, cinematic orchestral backing and classic electric guitar (an Arctic Monkeys staple) combine to create a moving track. However, it is the lyrics that truly tie the song together. With the opening lyrics “For a master of deception and subterfuge / You’ve made yourself quite the bed to lie in,” Turner suspiciously analyzes the subject of the song and questions whether he is the victim of deception by his partner. As he repeatedly sings, “There’s still a trace of body paint / On your legs and on your arms and on your face,” he self-confirms his intuition, for his partner is “so predictable, [he] know[s] what [they’re] thinkin.’”

While the album lacks a cohesive sound, it operates better without one. Each track is unique and fresh, creating an incredible listening experience. The genre variation is utilized to cultivate a cinematic journey, aided by powerful lyricism and tone. This balance is uncommon, yet Arctic Monkeys successfully dodge chaos. Instead, like the title of the closing track, this album makes “Perfect Sense.”