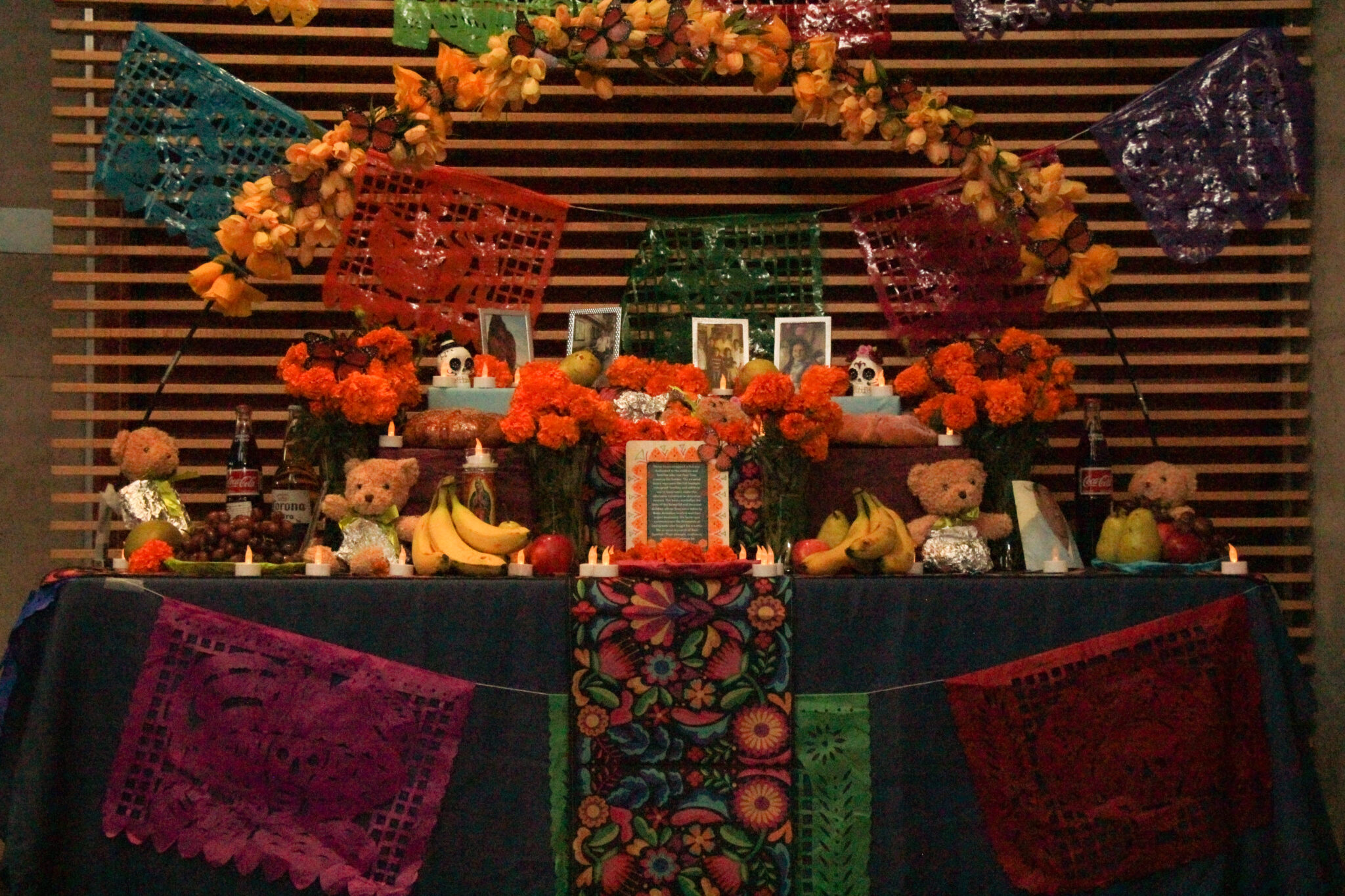 This is the first time the celebration has returned in its entirety following the past couple of years of the COVID-19 pandemic. Katie Murphy-Quinn / Daily Nexus

Día De los Muertos originated in Mesoamerica as a holiday tradition to celebrate the lives of those who passed away, including practices like assembling altars for late loved ones, as well as dances and musical performances. The festival included a food and drink buffet, performances and activities for approximately 300 attendees to celebrate the holiday.

Though this is the ninth annual celebration the resource center has put on at UCSB, this is the first time the celebration has returned in its entirety following the past couple of years of the COVID-19 pandemic.

“This is a return to a full-scale celebration since 2019,” fourth-year Spanish major and El Congreso member Erik Magaña said in a statement to the Nexus. “There have been additional events happening throughout campus and in the local community which did not fully resume last year due to the ongoing COVID-19 pandemic.”

The festival also highlighted various contributions from the local community through a silent art auction, which featured student artwork and jewelry from staff members, among other items. All proceeds from the auction were donated to Undocumented Student Services, a UCSB office that provides counseling, resources and support for undocumented students and/or those impacted by undocumented family members or loved ones.

Alongside the auction was a papel picado activity — where participants cut tissue paper into designs and cutouts. The Mexican decorative craft is traditionally hung during festivals like Día De los Muertos.

The main event of the evening was the altars displayed inside the Student Resource Building and out on the front lawn, Ovalle said.

“The altars are a way to remember our loved ones who have passed away,” Ovalle said. “In the altars, we may have folks who are directly related to us or who we were acquainted with, but it could also be people who we look up to.”

Ovalle said the celebration of those who passed away is central to this annual holiday.

“You’ll see maybe certain political figures or activists who have taken part of our lives and who we have a connection to and who we want to honor,” she continued. “It’s a way to remember our loved ones, establish a sense of personal history and really portray the cultural significance of it.”

All of the participating organizations dedicated their altars to loved ones or inspiring political figures in Latinx activism history. El Congreso dedicated their altar to Oscar Gomez, a UC Davis student and Chicano activist who was found dead close to a bluff on UCSB’s campus on Nov. 17, 1994.

“He was visiting to support El Congreso in a march [at UCSB] … Unfortunately, he passed away the day after, so we’re commemorating him,” fifth-year sociology major and El Congreso member Liliana Servin said. “This year, his story has gained more recognition because a podcast came out with his story, so we’re just trying to reinform people about the history that people like that have on our campus and especially to El Congreso.”

Non-Latinx affiliated organizations joined in the commemoration of these altars, with organizations like UCSB’s Students for Justice in Palestine celebrating the lives of individuals like Palestinian journalist Shireen Abu Akleh, Oday Salah and Mohammad Shaham, among others.

All of the altars were decorated with papel picados, plastic candles and marigold garlands, the latter of which were donated by the UCSB Associated Students Department of Public Worms. Onlookers walked by each of the altars and viewed the faces and names of those who have passed.

“Ultimately, we are honoring and we are celebrating their life,” Ovalle said. “It’s a means of celebration and honoring and remembering and bringing the community together to do that.”

Servin said the holiday has come to more prominence in her life recently, following the passing of her grandmother.

“I didn’t really grow up doing it … but that changed a couple years ago when my grandma passed away, and she was the matriarch of the family,” she said.

The loss in her family cultivated a tradition to create an altar dedicated to her grandmother on Día De los Muertos, she said.

“This weekend, I went back home and created the largest one yet — one of my uncles helped me build a 6-foot-3 tier altar to put her belongings on there,” Servin said.

Servin said that observing the holiday honors the precolonial traditions of Latin America and the day’s power of reuniting families and communities.

“Although religion was imposed on Mexico, [Día De los Muertos] remained that tradition to this day,” she said. “It tends to be more of a festive holiday where you remember the good times, tell good stories, play music, but I think it’s really important to [recognize that] it has survived colonization.”

Holding Latinx/Chicanx celebrations like Día De los Muertos — especially at a university with a long-held status as an Hispanic-Serving Institution and the first university in the U.S. to offer Chicanx Studies major — is essential in supporting and representing the university’s Latinx community, Servin said.

“It gives those students that might not have been able to go home for this holiday, just to feel more at home,” Servin said. “So if they have a space here on campus to do so, to print a picture of their loved ones and put it on an altar — if that makes them feel more at home then I think that’s great.”

Ovalle also noted that holding celebrations like this reminds many of home and how that mutual feeling of melancholy can unify the Latinx campus community.

“I hope that everybody that attends feels at home, that they feel that they are connected to UCSB just a little bit more after attending this,” she said.