The Daily Nexus
Stories from Storke
Stories from the staff: Fantastical fears
November 1, 2022 at 6:57 pm by Opinion Editor

Whether commonplace or unexpectedly unique, irrational fears are just that — irrational. These fears originate from places known and unknown, but they all seep into our souls, becoming too-dark shadows in your basement or a cold spot in a sealed room. Our writers share their own irrational fears. Read at your own discretion. Happy Halloween. — Your Opinion Editors 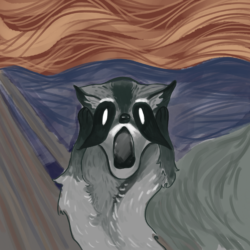 Lurking in the shadows

The best spot to bide time during an intense game of household hide-and-seek is indisputably behind a closed shower curtain. What makes it the absolute best? Unsuspecting seekers never consider the simple disguise of a closed curtain — a space already built for the human size, a spot which lacks the indicatory out-of-place couch cushion or stray toe sticking out from under the bed, which other locations often neglect to conceal. This expert hiding spot is always my first choice, and I’m rarely found. However, outside of the game, I’m my own worst enemy. My ability to go unseen and unheard, lurking in the shadows, behind a facade of opaque plastic for minutes, or even hours at times, has led me to fear that very spot. It feels as if someday, my hide-and-seek mastery will come back to bite me in the ass. I live in fear that my own demons hide behind that curtain. Bigger, more muscular and most likely somewhat greener than my young-adult, female body, I worry that their size, too, can be concealed behind that veil. This fear, while seemingly irrational, has led me to tiptoe around showers and bathtubs, especially the unfamiliar, and always take caution when clawing open a new shower curtain. I’ve yet to find the villain I look to expose, but I know he’s there. When the day comes I’ll be grateful none may lurk behind my shower curtain because I always keep mine open.

I’m afraid of losing my phone. This isn’t really a spooky fear, but definitely irrational. I think it stems from the fact that I got lost a lot as a child. When I got lost at the mall at 6 years old, I would run around crying, waiting for somebody to find me. Now, kids can just dial their siblings or parents, which provides them with a sense of security. I didn’t get a phone until middle school. It’s not like I’m obsessed with my phone or social media or anything like that, but I do plan out my week and jot down important tasks on my notes app. I’ve saved all my important files and documents on my phone and losing them would be devastating. It’s different when you lose your phone versus when you break it somehow because the damage typically can be recovered. When you lose your phone, you’re bound to be paranoid that someone will do something with your data and are forced to reset things. I’ve lost my phone countless times, and all those important photos, messages and even passwords were erased. It’s also really costly to lose your phone, and I’ve exhausted all of my loans on tuition and rent, so losing my phone would mean being super nonfunctional. At this point in my life, it’s the spookiest thing I can imagine.

I consider myself to be a very responsible viewer, especially when it comes to movies, TV series and documentaries. Yes, I am one of the annoying people who makes you pause the content if I have to get up to pee, the one who will make you rewind 10 seconds if I didn’t hear it clearly and the one who goes “Shhh, just watch bruh,” when you’re eating loudly. The list goes on. I think it stems from my fear of being a slow reader and missing out on important contexts provided in the form of texts and quotes.

I am so terrified of the writing disappearing before I have finished reading. I read with the greatest speed I can summon, forgetting that I actually have to understand what I am reading. Now, I just stare at the screen while the writing stays there for 10 more seconds. The key is to remember that they have made it for an average reader along with some extra margin, that sometimes you can even read it twice and then finally understand, without pausing, rewinding or shushing people.

Where the cacti bloom and thrive

My sister could sing, but wouldn’t, even if I asked with my sweetest voice instead of my best smile. When the car broke down, with shiny, slick oil seeping out from its underbelly like a newly dead thing, I thought maybe she would hum for me, just to drown out the shock of desert-quiet, but Laurel only shook her head and looked away. I think it was night when the police found us. Must’ve been night because that’s how I first saw the reflection of red-blue lights, glinting in the dark eyes of a jackrabbit sitting just off the side of the road and singing with my sister’s voice from a mouth full of human teeth.

Based on a real experience.

I’m scared of swimming on my back. I’ve somehow convinced myself that there could be a shark in the water that I am unable to see, even if I’m in a pool. I’m not entirely sure when my brain decided that this was a thing that could happen, but somewhere along the way, whenever I was on my back in the water, just starfishing in a friend’s pool or doing the backstroke during swim lessons, a little voice in my brain always asked, “What if there’s a shark right under you?”

When I was a kid, I was really interested in marine life, and I saw this book that talked about how sharks’ coloring helped them hide from their prey in the water. I’m pretty sure that’s what kickstarted all of this because now anytime I backstroke a little too close to a shady part of the water, the alarm bells in my head start ringing. I still love to go swimming, even in open water — where there are most definitely sharks, but the backstroke is off the table. I’m fine with this, honestly, because backstroke is the worst swimming stroke.

I am scared of many things: spiders, being stabbed and failing my comm midterm. But there is one thing, one terrible thing, that strikes fear into the deep recesses of my heart like nothing else possibly could. He is the physical manifestation of every nightmare I have had. He is the insidious evil that sends tingles down my spine when I walk alone in the dark.

He is Mall Santa.

He is Mall Santa.

Do not let his jolly red nose, his flowing white beard nor his velveteen suit fool you; he is a fraud.

Who are you, really, Mall Santa, beneath your polyester costume, beneath your strap-on beard? A predator? A con artist? A killer? Who did your background check? Who looked you in the eye and said, “Sure, children can sit on your lap. Because I don’t trust that person as far as I could throw them. You, Santa of the Mall, sit on a throne of gingerbread-scented lies.

When I was 3 years old and sat on your lap at the Arden Fair Mall, I knew. The horror on my face is still evident today, frozen in time within the bedazzled Christmas-themed frame my mother brings out every year. And I know now, nearly 20 years later.

That Christmas in 2003, I told my mom that Santa wasn’t allowed in the house. My presents were left outside on the porch, so I wouldn’t have to sleep with the knowledge that a person as fearsome as you was inside my home.

“So, thought I’d introduce myself,  just ’cause…” You’re all looking at me like I’m insane.

Collectively, they blink once. They disperse. Whispering, then shushing one another.

A gust carries me inside, along with a trail of leaves. Seeing as my loud entrance begs explanation, I start foot-sweeping the crunchy foliage behind me.

“The wind, you know?” People look at me expectantly, politely withholding judgment. I look down to ensure that I am, in fact, wearing clothes. One stray dead leaf clings to my neckline, like an oddly-shaped beard. I pluck it off, summoning a casual humility.

Words fly through the air, lobbed from either side of the conference table, our afternoon meeting, the Grand Slam. I open my mouth to counter, but nothing comes out. I watch myself begin to shrink. Fingers shrivel in on themselves. Arms retract into my torso. Sinking into the chair.

When I look up again, people are getting up from their seats, stretching. There’s not much time–I’m gasping for air.

lungs barely have capacity.   for more than.   three seconds.

I slam the table with a tiny, unrecognizable hand. It’s no louder than a paper hitting water.

“WA-IT! For me!” I feel the shapes of the words erupt from my dwindling mouth. Nobody looks back.

Alright. I clear my throat. There’s nothing there.