The Daily Nexus
Simply Stated
Simply Stated: Why Do People Faint at the Sight of Blood?
October 20, 2022 at 11:11 pm by Ece Ozdogan 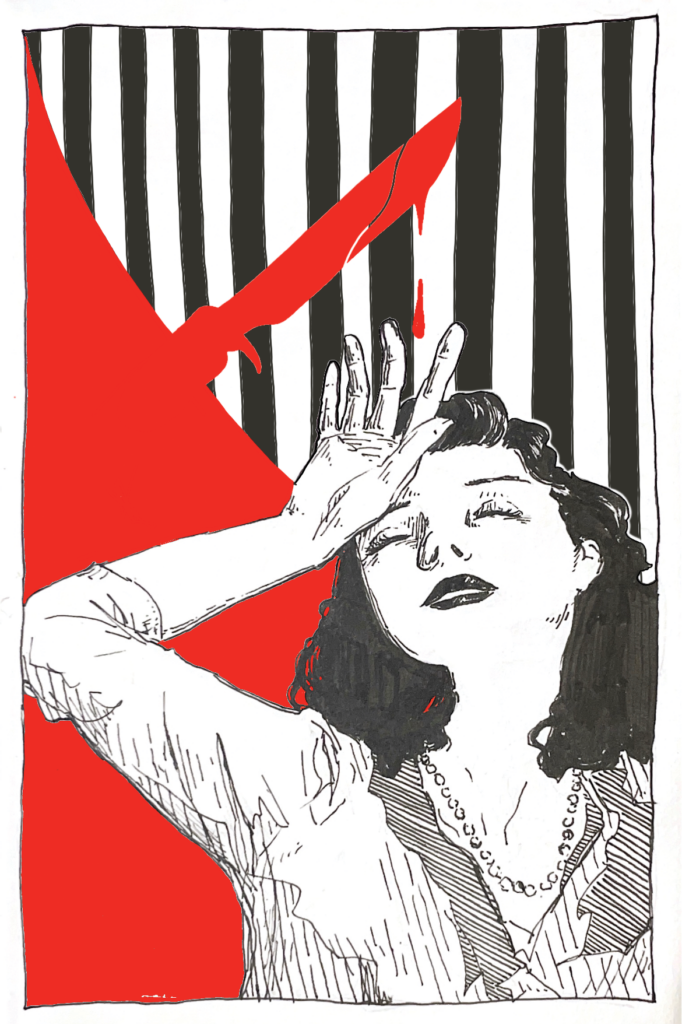 I woke up on the ground next to the Student Resource Building surrounded by people who didn’t know me. I was confused, to say the least, but quickly understood what had happened.

About five minutes ago, I got into a bike accident and fell, scratching my knee up pretty badly. When I parked my bike and checked out the severity of the wound, I started feeling lightheaded due to a combination of pain, shock and most importantly, the sight of my own blood trickling down my leg.

Vasovagal syncope, a type of reflex syncope, is the most common reason people faint. Vasovagal means caused by the vagus nerve while the term syncope refers to the act of fainting. It is caused by the body overreacting to triggers, such as the sight of blood or extreme emotional distress. The nerves connected to the heart and blood vessels control heart rate and blood pressure by signaling the blood vessels to either widen or contract. Under regular conditions these nerves act in coordination to provide the brain with enough oxygen. However, in the case of vasovagal syncope, the nerves might give faulty signals which cause the heart rate and blood pressure to suddenly drop. Specifically, the vagus nerve, which controls the involuntary parasympathetic nervous system, overreacts. This means that blood pools in your le

gs and the decrease in the amount of oxygen reaching the brain causes a brief loss of consciousness. After fainting, blood flow to the brain resumes and consciousness is quickly regained.

While the most common cause for vasovagal syncope is the sight of blood, it can also be caused by other factors, such as stress, anxiety, fatigue, distress and dehydration. The sight of blood leading to syncope can be explained through evolution. Similarly to prey feigning death in order to avoid predators, our ancestors would faint at the sight of their blood which would cause them to appear dead and avoid further conflict with rivaling cavemen. The decrease in blood pressure would slow down their bleeding which helped them survive under the pretense of having passed away. Although this was not intentionally done, it helped them overcome tough situations against their enemies.

On its own, vasovagal syncope is not a serious condition, as it does not point toward underlying brain or heart issues. However, it might lead to injury due to sudden impact, so it is important to recognize the symptoms. Prodrome is the brief period right before an attack occurs. The symptoms during this 30-second period include lightheadedness, a sudden warm feeling, pale skin, increased sweating and a sudden feeling of fatigue. If recognized during the prodrome phase, vasovagal syncope can be avoided by simply lying down.

Once an attack starts, consciousness is lost for around 15 seconds, the eyes roll to the back of the head, twitching, similar to a seizure, occurs and in some cases bladder control is lost. Recovery takes around 20 seconds, and it is recommended to stay laying down for at least 10 minutes following the attack since a repeat syncope may occur. Generally, no medical attention is needed after an attack. However, if there is injury to the head, it is recommended to have it examined.

Bike accidents, whether it be minor-scale or serious enough to injure, happen on the daily at UC Santa Barbara. Therefore, it is important to be aware of the possibility of vasovagal syncope occurring and to take the necessary steps to both prevent and treat it.