The Daily Nexus
Nexustentialism
It's satire, stupid.
SWAT team surrounds apartment of UCSB student who took more than one apple from DLG
October 11, 2022 at 4:20 pm by Inma Hole 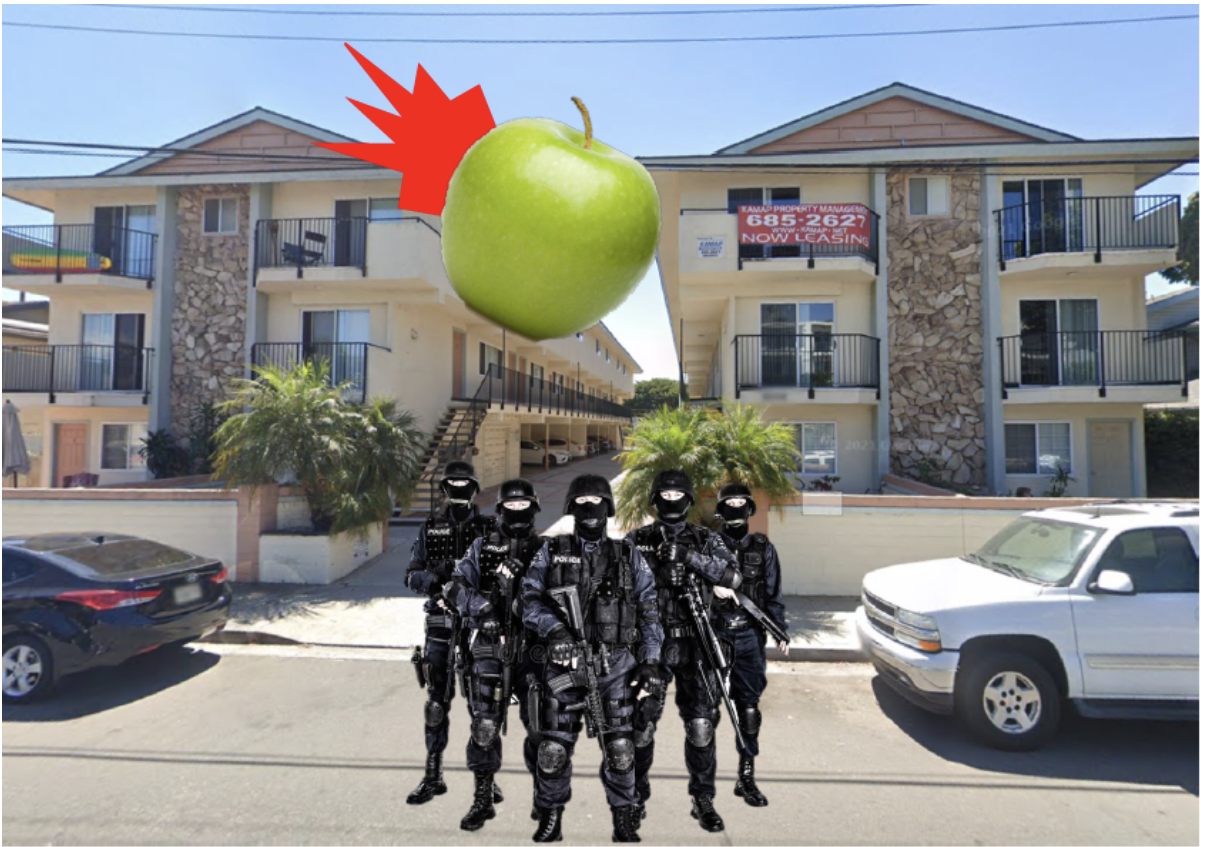 Breaking News Out of Isla Vista: A fully armored S.W.A.T. team has surrounded the Sabado Tarde apartment of UCSB student Adam Eveson. His crime? Taking an extra Granny Smith from DLG. Though he tried to make his friends laugh by putting the apple in his pants and pretending it was his bulge, he was no match for the keen eye of the new freshman employee who will probably quit their job after only a week of working there. Upon being noticed, Eveson took off toward I.V. and was chased across campus by the eager freshman who is now thinking about joining ROTC.

Eveson has been holed up in his second floor apartment ever since and is refusing to come out until his demands are met. As far as demands go, Eveson primarily asked to be left alone because “it was just a fucking apple.” He also requested priority registration and to be allowed to see what Storke Tower looks like on the inside. The S.W.A.T. team has repeatedly told him that he cannot make demands because he hasn’t taken any hostages, but that part doesn’t seem to be clicking. When asked for a statement on the incident, the DLG staff responded, “These kids need to stop expecting us to feed them all the time, who do they think we are? Also, we’re never bringing Late Night back so stop asking.”

Eveson has since acted with aggression toward the S.W.A.T. team, throwing the gnawed-clean core of the Granny Smith at them from his window and yelling, “How do you like them apples?!” One witness referred to the incident as a “pretty cheesy, yet solid, burn.” The act triggered the S.W.A.T. team to call in special forces. Tensions continue to escalate as this article goes to print.