The historic Santa Barbara landmark, Stearns Wharf, recently celebrated its 150th anniversary. To celebrate the occasion, Stearns Wharf and the businesses on the Wharf put on several events for free for the public to enjoy. The photos below capture some events from the anniversary. 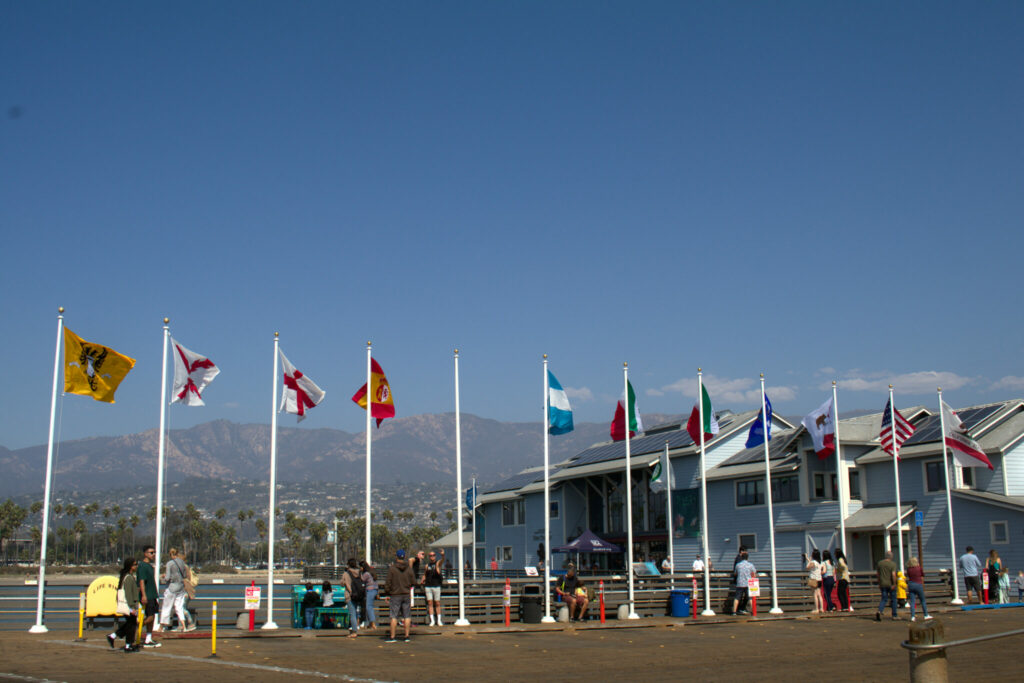 The 12 flags that have flown over Santa Barbara over the course of its history are put on display. 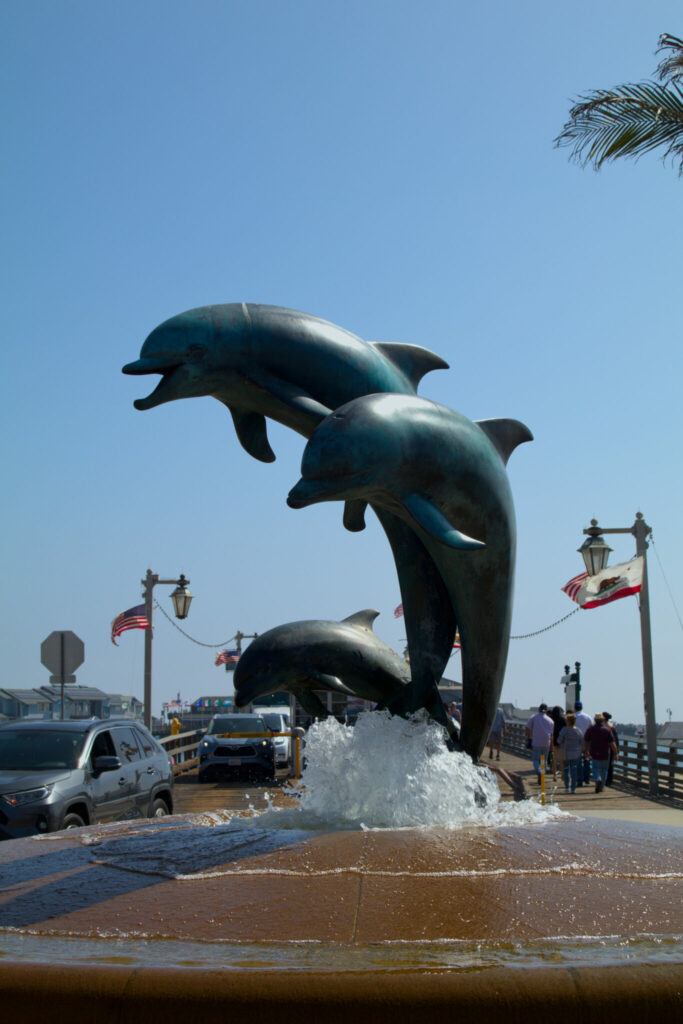 Stearns Wharf’s iconic Dolphin Family sculpture, built in 1985, is the first thing guests see as they go to the Wharf. 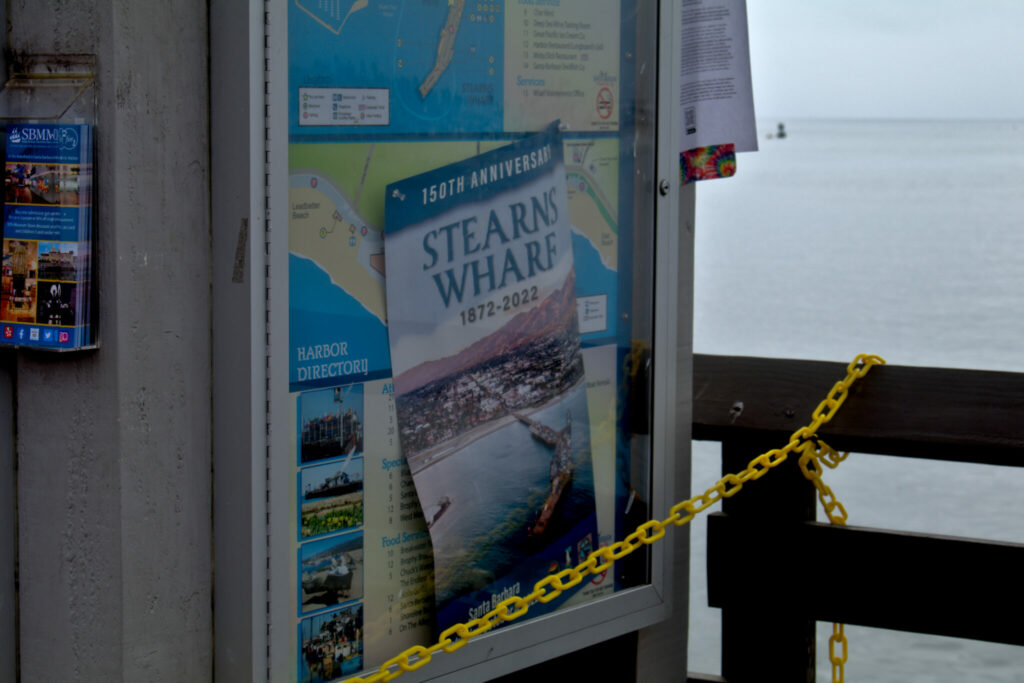 Advertisements for the 150th anniversary were put around the area, including the Wharf’s bulletin board. 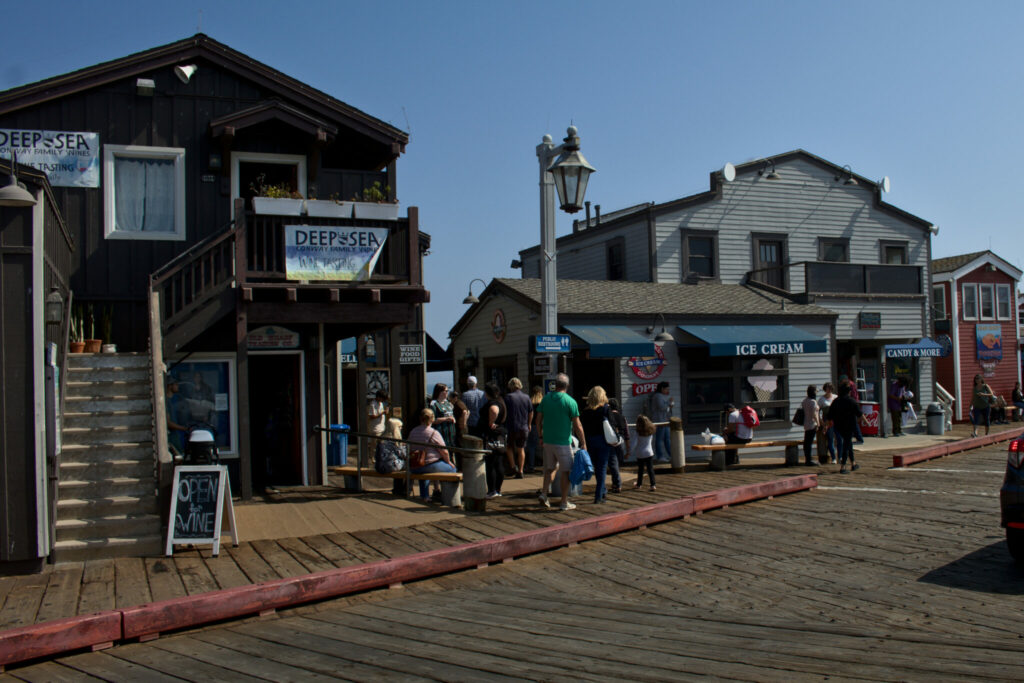 Shops and restaurants on the Wharf prepared for an influx of traffic from the anniversary event. 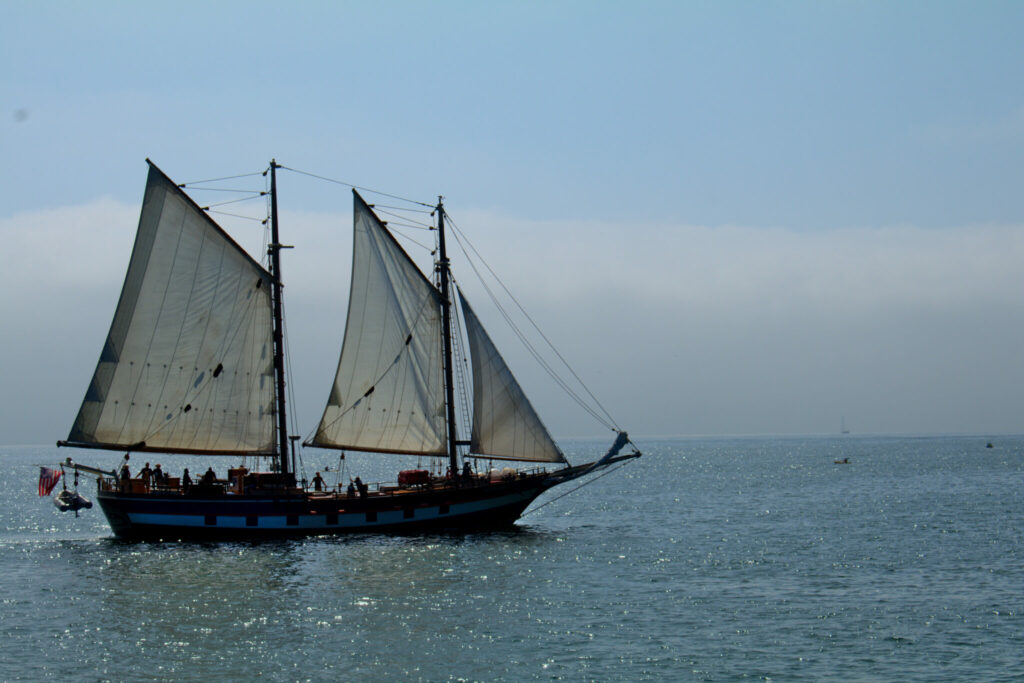 The tall ship, Mystic Whaler, floated on the sea. The ship was used in a mock battle with the wharf to celebrate the anniversary. 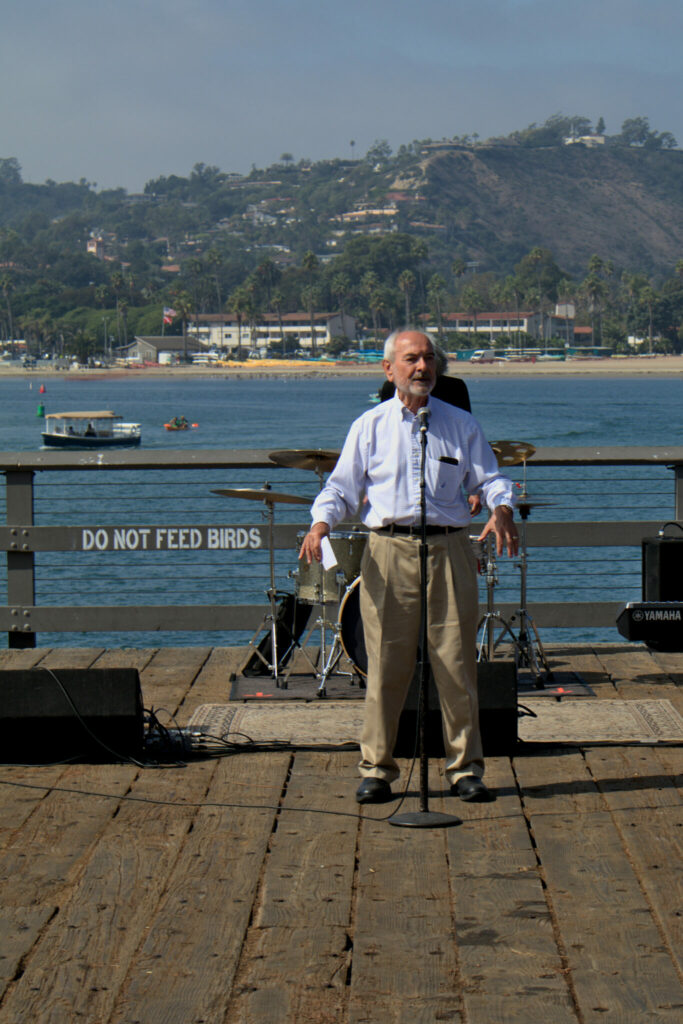 An organizer for the event shared the itinerary for the day, which included free concerts, a mock battle, a chowder competition and fireworks. 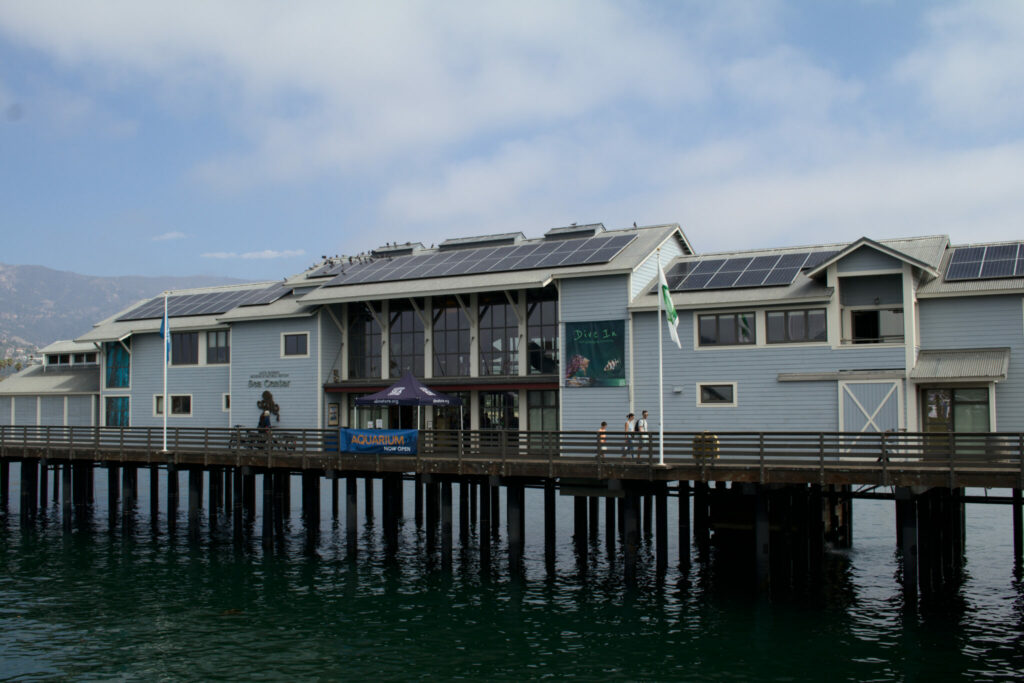 The Santa Barbara Museum of Natural History Sea Center, located on the wharf, hosted an all-day scavenger hunt to celebrate the anniversary. 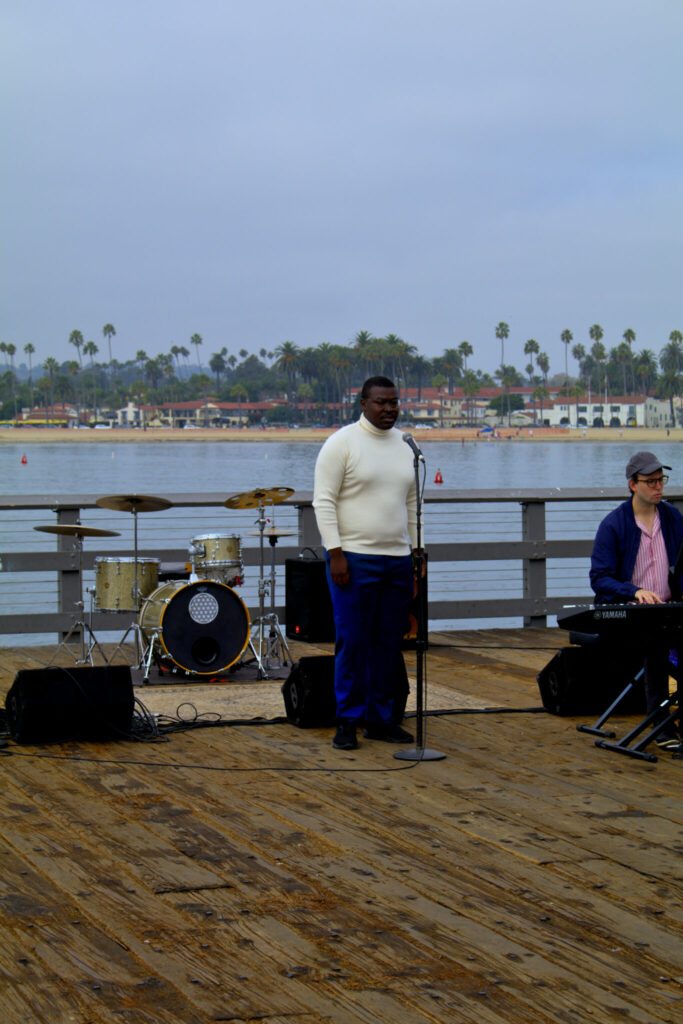 A solo performance from the Opera Santa Barbara. 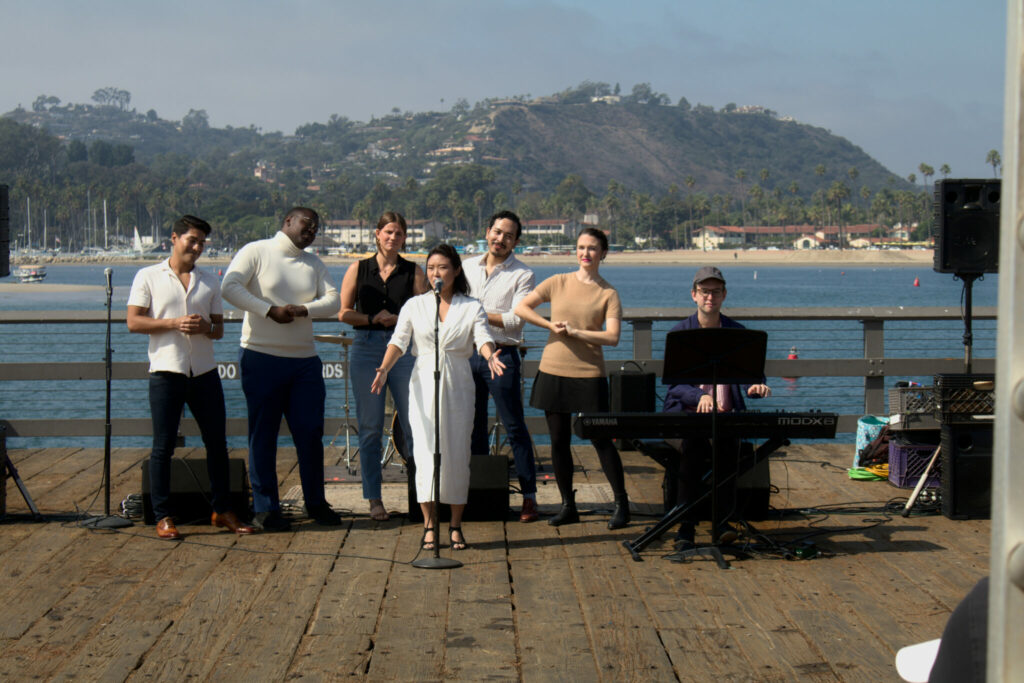 A group performance from the Opera Santa Barbara concluded their concert. 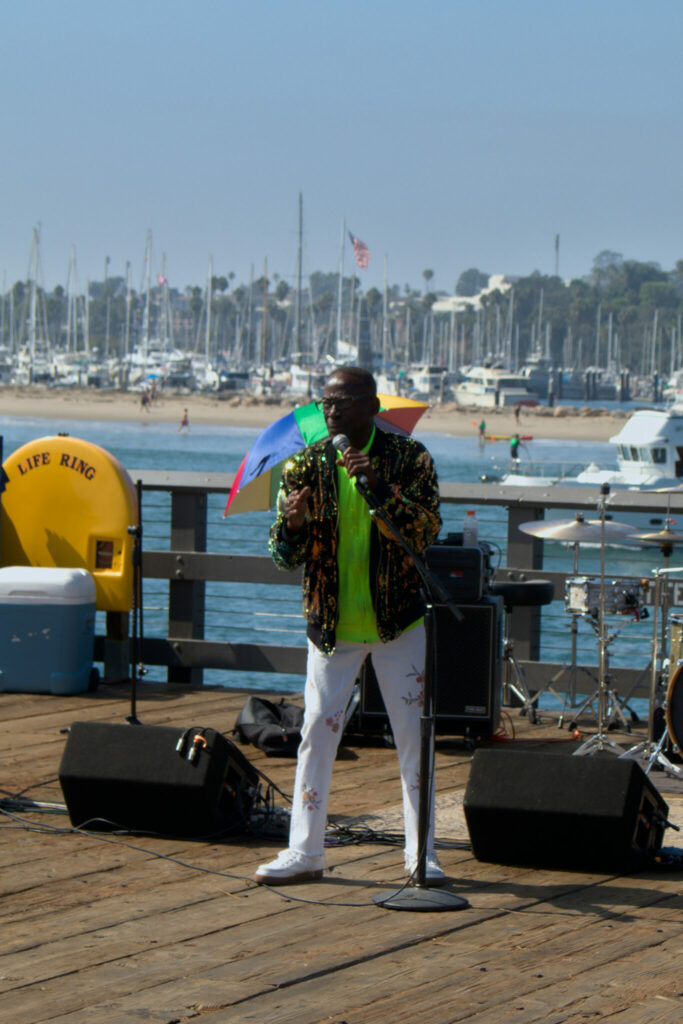 A performance from the Santa Barbara Yacht Club’s concert. 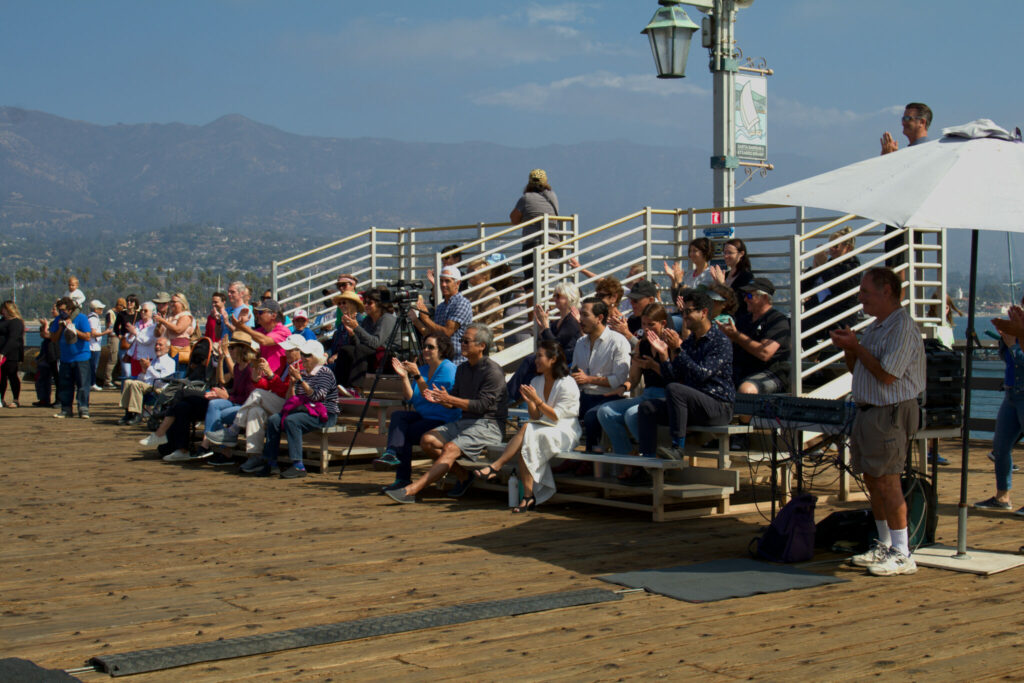 The audience applauded after a series of great performances. 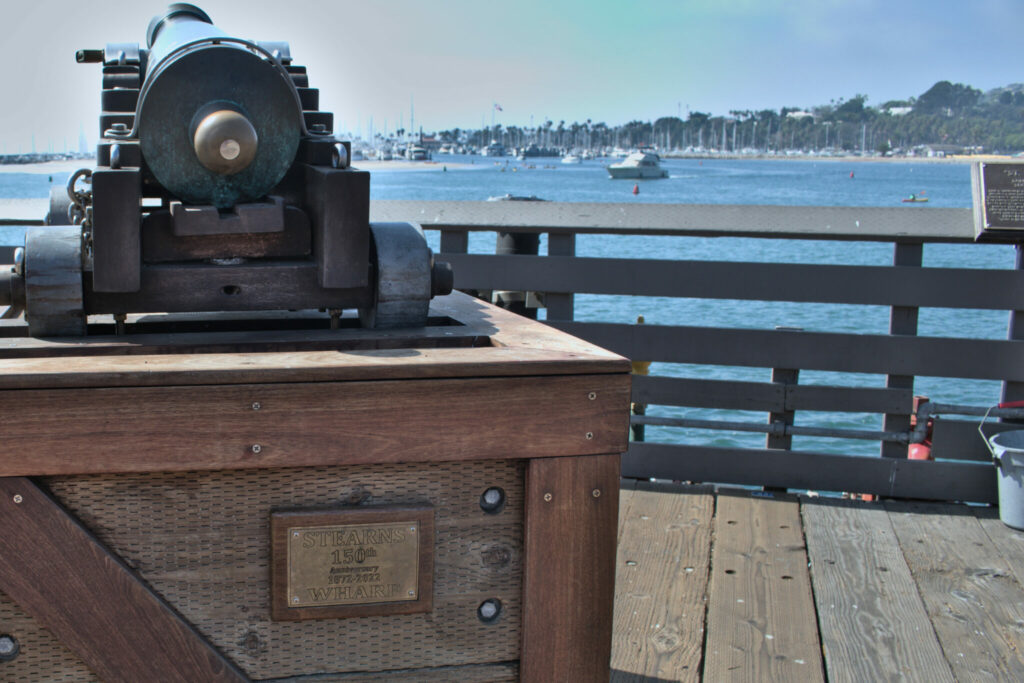 A historic cannon with an anniversary plaque that was used in a mock battle against the Mystic Whaler. 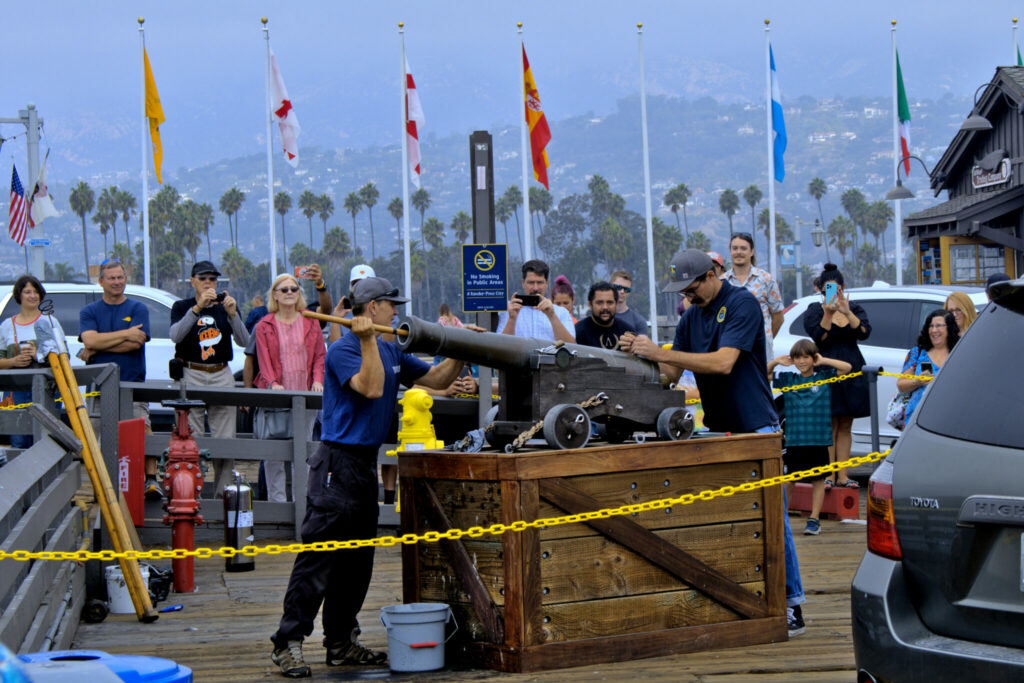 Stearns Wharf staff members loading the cannon with blanks and preparing it to fire. 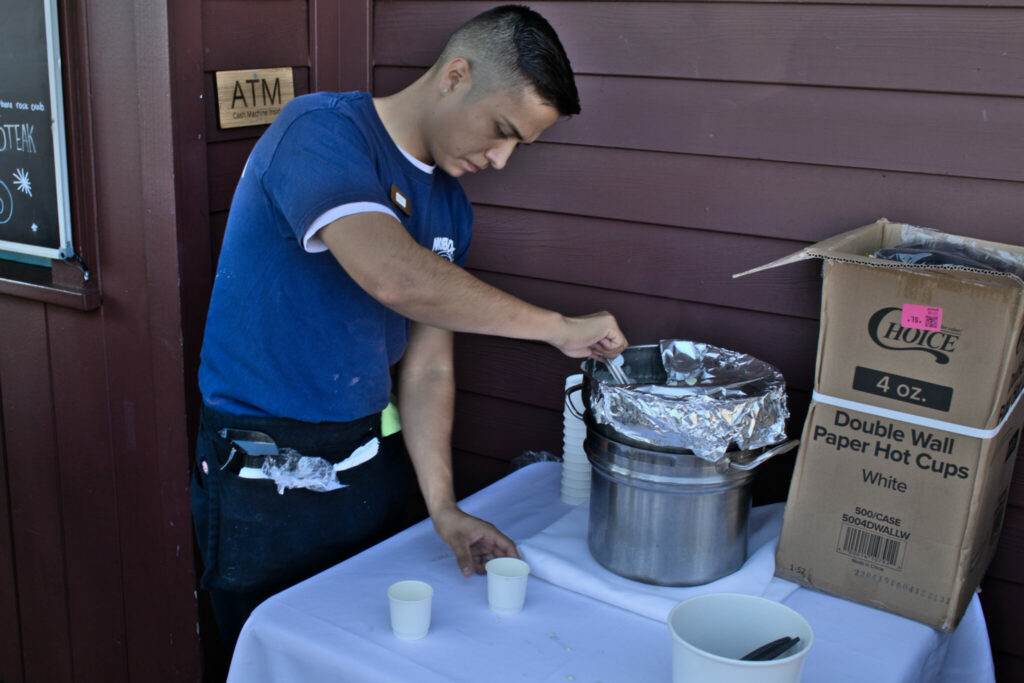 Several restaurants gave out free samples of their clam chowder for a tasting competition.

The 12 flags that have flown over Santa Barbara over the course of its history are put on display.